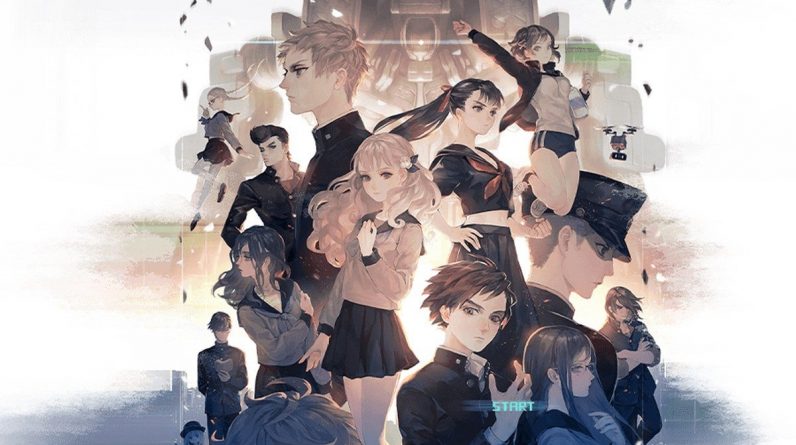 Vanillaware, the Osaka-based game developer known for its 2D art style, has previously worked mostly on side-scrolling hack-and-slash RPGs. So I imagine a lot of fans will be surprised when they start up 13 Sentinels: Aegis Rim and discover it’s a 2D side-scrolling… story adventure.Okay, so it also has a combat component in the form of real-time tactical battles, but a majority of its 26-hour playtime is spent reading (the voice acting is exclusively in Japanese for now, though an English track will be released as a day one patch) this twisty classic sci-fi revival. And it’s quite a yarn. Let’s just say kaiju (giant monsters) and mechs (giant robots) are only the tip of the iceberg, and it’s been a lot of fun to see a bombastic story where sci-fi concepts like time travel, alternate universes, and cloning are filtered through something other than the superhero lens that’s dominated American sci-fi for the past decade.
13 Sentinels’ characters are at their best when they’re allowed to be normal high schoolers.

The story follows 13 high school students who pilot giant robots to fight giant monsters, all while they uncover the mystery of their glorious mission – but the story twists and turns and by the end the journey has traveled far away from this initial premise. That is to say, 13 Sentinels is both expansive and surprising in very good ways. As you explore a gorgeous 2D world you’ll have conversations, pick up clues, and make choices that will lead to different outcomes. However, there are no multiple endings or choice-driven story paths because you actually need to play through every branch to reach the one and only true ending. So it’s less about picking your own path as it is playing through a storyline multiple times to find out the full story. It’s a system that, more often than not, serves to stretch out the playtime more than provide insight or clever twists.

The cast is made up of a mix of both unique personalities and some that rely heavily on tropes, and some are stronger than others. While each character has an important role in the overall story, the two main protagonists are the B-movie-loving Juro Kurabe and Iori Fuyasaki, a sleepy girl with strange recurring dreams. Neither character is defined by their eccentricities, though, which in this case is surprisingly refreshing; Kurabe’s sci-fi geekery and Fuyasaki’s habit of sleeping during class are just things they do rather than their main personality trait.

13 Sentinels’ characters are at their best when they’re allowed to be normal high schoolers. One, for instance, has aspirations of being a livestreaming singer, which is just a nice bit of storytelling. Characters like the delinquent Nenji Ogata and track runner Natsuno Minami are my favorites not because their parts in the story were the most interesting, but because I liked their personalities when they goofed off or developed crushes on the other characters.

Vanillaware games are lauded – and sometimes criticized – for their art style. Although highly detailed, its scantily clad men and women with exaggerated proportions can border on cheesecake. In 13 Sentinels, though, the artists have been reigned in a bit for the character designs. While the results are still unmistakably Vanillaware’s style, these characters, for the most part, look like high schoolers in a typical anime. There’s still fanservice in places, like when a buxom woman appears wearing a cleavage-showcasing motorcycle outfit. Also, the teenage mech pilots are all naked in their Sentinel cockpits… for reasons. (Think: “But once you recognize the secret reason for her exposure, you will feel ashamed of your words & deeds.” – Hideo Kojima.) Other than that, though, I marvelled at the intricate, hand-drawn backgrounds and beautiful work on both the Sentinels and kaiju.

Atlus, concerned with preserving story surprises, has asked reviewers to not talk about anything after the first 30 percent of the story… which I think is a bad move since it limits me to the most boring part, and I wasn’t planning on spoiling anything for you anyway. Either way, the building blocks of the story comprise what I consider classic sci-fi staples like time-travel, robots, and AI, and these well-known and well-trodden concepts litter the opening act without much deviation from cliche. It’s what Vanillaware does with these ideas later on that I found to be most compelling and even exciting.

So perhaps take that as my way of saying that there’s a slow start followed by a lot of story meat to dig into. This is great for readers, but can quickly become confusing. 13 Sentinels relies heavily on made-up jargon (Note the subtitle: “Aegis Rim”) and with a bunch of side-characters across all 13 intertwining storylines, it’s enough to make your head spin. The writers seem cognizant of this and there are some nice summation dialogues every now and then that seem to intentionally lay out the plot, which is nice if you’re coming back after a break and need a refresher.

It’s what Vanillaware does with these ideas later on that I found to be most compelling and even exciting.

When 13 Sentinels was first announced I was curious how Vanillaware would tackle the mech vs. kaiju combat, knowing the developers mostly specialize in 2D side-scrollers. But it turns out Vanillaware had something different in mind altogether: combat takes place on a glowing, hologram-style 3D map on which your characters and enemies are represented by small blue and red icons.

Sure, I was a little disappointed when I found out I wouldn’t be taking part in awesomely animated 2D mech-vs-kaiju slug-fests, but these real-time tactical battles have their own unique visual flair, as well as a respectable amount of depth to them. Rather than focusing on the visual spectacle of mechs, Vanillaware chose to emphasize the city-wide scale scope of the fight. You’ll face literally hundreds of kaiju, and there is a specific kind of awe in wiping out entire portions of an enemy horde with a well-placed missile barrage.

Every battle lets you pick six of your 13 Sentinels to take out onto the field, and each has unique specialties such as melee, ranged, flight, and all-rounders – so if you know that you’ll be facing a lot of flying enemies, it’s best to take Sentinels with anti-air capabilities to counter them. Depending on your mech’s specialty there will be unique weapons like long-range missiles or guardian sentries, and there’s room to customize them to your playstyle as well: it’s possible to have a melee unit that can dabble in ranged attacks, or a flight unit that deals heavy melee damage. Pilots will also learn special skills every five levels which are unique to them and give them special buffs.

There is a specific kind of awe in wiping out entire portions of an enemy horde with a well-placed missile barrage.

I found a balanced approach works best so my team comps always contained at least one of each type of Sentinel. But however you like to play you’ll want to level up your Sentinels fast, because the difficulty will ramp up quite suddenly – mostly in terms of how many enemies begin showing up at any given time. It’s going to suddenly feel very overwhelming with the number of kaiju on the field, and having more powerful Sentinels will help you clear them faster.

There is an easy difficulty if you just want to clear the required battles and continue reading the story, but I found that to be too easy, to the point of boring. As long as you manage your Sentinels’ stats, normal feels like the best showcase for the combat in terms of difficulty and playability.

A special mention, too, goes to the localization team. There is a lot of text in 13 Sentinels, including loads of sci-fi jargon being thrown around and multiple shenanigans happening at once, and to see it both translated to English and localized so as to feel both natural and modern takes extreme skill. Even the flavor text has its unique charms. (One of the pilots’ special skills, for example, is called “The War of the Worlds.”)