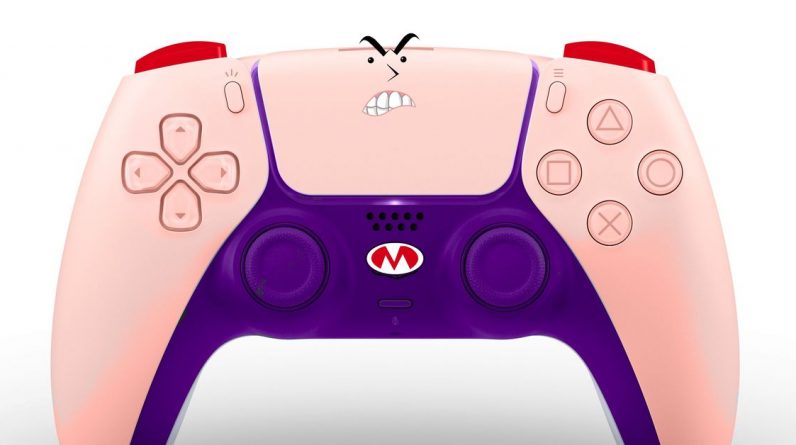 Sony revealed the PlayStation 5’s new controller — the DualSense — on Tuesday, promising haptic feedback, adaptive triggers, a “create” button, and the ability to chat without a headset.

It also features a new design, with all kinds of pareidolia potential in its lines, buttons, and contrasting shades. So, like it or hate it, you know what must come next: Bring on the fan art!

Myself, I think the controller looks like a stormtrooper baked a croissant. But I don’t have the illustration talent necessary to bring that interpretation to life. Closest I’ve seen so far is this one, from bosslogic on Instagram:

Fortunately (or not), many other fans on social media offered their own takes on what the new gamepad reminds them of.

Twitter user @kyoutasab came up with this original concept — a floating droid sidekick that emotes with its cord and light bar. (Although it does sort of resemble the star of Astro Bot Rescue Mission for PlayStation VR.)

Of course, it could just be a mascot concept for the new console. Anyone remember the Joy-Con Pup?

Back to bosslogic, they also somehow saw Majin Buu’s pants in the DualSense’s grip:

JackIreland_200’s tankini interpretation is shared by many:

How about a DualSense based on the Fisher-Price Laugh & Learn Game & Learn Controller?

And now we have them rendered in the PS4’s Dreams for the first time, too:

Anyway, stormtrooper croissants! Someone get on that for me.