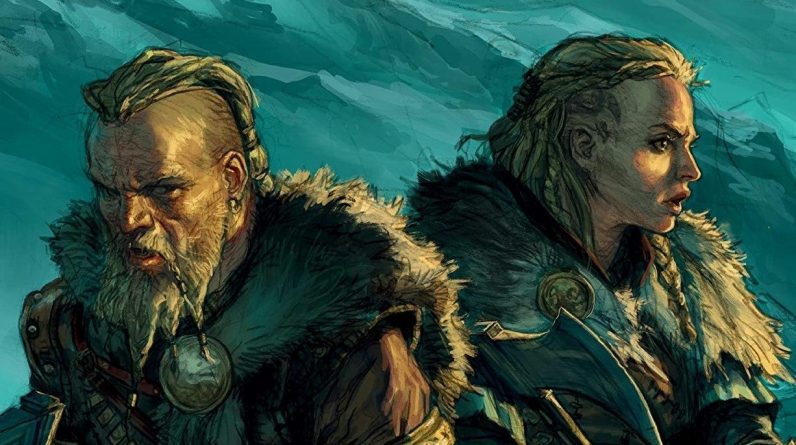 Assassin’s Creed fans are no doubt impatiently awaiting the release of the newest addition to the iconic franchise, Assassin’s Creed Valhalla. Dark Horse Comics is giving players an early taste of this new Viking setting in the form of a prequel comic called Assassin’s Creed Valhalla: Song of Glory, and IGN has an exclusive preview.Check out the slideshow gallery below to get a closer look at the new miniseries:Song of Glory is written by Cavan Scott, who previously worked on Titan Comics’ tie-ins to the Vikings TV series. The book is drawn by Martín Túnica (Crossed + 100) and colored by Michael Atiyeh (Supergirl). The book follows the two main protagonists of Assassin’s Creed Valhalla, siblings Eivor and Sigurd, in a two-pronged story set before the events of the game.

Tensions escalate when a village caught between two rival kingdoms is brutally raided. Eivor, warrior and daughter of wise King Styrbjorn, dispatches the raiders, rescues the villagers, and claims the settlement for her father. She also seizes a prisoner—a woman, Gull, left behind by the rivals—who declares she possesses the secrets of Asgard itself. But there is more to Gull than meets the eye, and her capture will bring death and destruction to Eivor’s family. In disgrace and lured by the promise of treasures and glory, Eivor undergoes a dangerous quest to regain her honor, but what terror awaits in the forgotten temple of a powerful god? All the time, her brother Sigurd forges his own legend while searching for fortune in the lands of the East. Far from home, he finds new weapons and fresh plunder, making a discovery that will change his destiny forever…