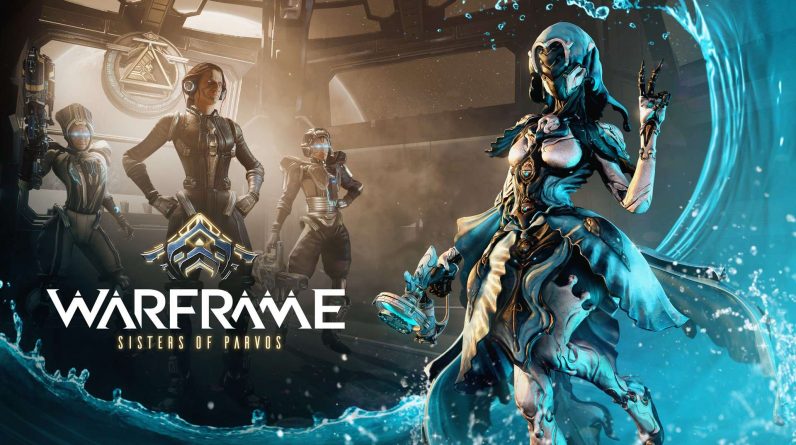 Warframe players eagerly awaiting our fan celebration event, TennoCon 2021, now have some new content to enjoy with the release of Sisters of Parvos, available today for Xbox Series X|S and Xbox One.

Sisters of Parvos is one of our most expansive updates yet, offering experiences for both new and active players. We wanted to provide something for everyone in this update: A new easy-to-acquire Warframe, a large number of new weapons and customizations, as well a new Lich System with new boss battles and rewards.

New and Returning Enemies in a Continued Storyline of Greed, Power, and Oppression

The storyline of Vala, who we recently introduced in our last update, Call of the Tempestarii, continues this week with the aggressive Corpus expansion led by Parvos Granum. Parvos has manufactured a new line of adversary – a sisterhood of elite huntresses who live and die by his orders. Players will battle their sister’s mechanized hounds to acquire a new companion, weapons, and customizations through the Corpus Lich System.

True to their high-tech status, the Sisters of Parvos have been outfitted with some of the most advanced weapons in the Corpus arsenal. Players will challenge their new adversary to acquire these unique Corpus Weapons for themselves.

We’ve enhanced the existing Kuva Lich System with a host of quality-of-life improvements for our active players. We’ve even streamlined the experience making it easier to confront your Kuva Lich and the final showdown will now take place in outer space via Railjack. We’ve introduced new encounters and new rewards including the Kuva Grattler, a powerful Arch-gun, the Kuva Zarr, an explosive cannon, and the Kuva Hek, a four-barrel shotgun.

Void Storms now include additional rewards for players to collect. Four new Tenet briefcase weapons have been introduced with a rotational schedule. Including the Tenet Agendus, a massive impact hammer, the Tenet Exec, a shockwave-sending heavy blade, the Tenet Livia, an infinitely sharp two-handed blade, and the Tenet Grigori, a scythe launching spinning energy discs.

Unique to her aquatic abilities, Yareli’s Sea Snares form three water globules that seek out enemies and expand on contact, simultaneously damaging and immobilizing their victims. Her Merulina can be used for attacking but it also absorbs incoming damage. Her trio of orbiting Aquablades will tear through enemies. With Riptide, she can drag enemies into a crushing maelstrom and then blow them away with water bursts.

We hope new players will appreciate how quickly they can earn and enjoy playing as our 47th Warframe, Yareli. New players will enjoy a more dynamic experience with not only her water-bending powers but also her very own K-Drive. Check out her new abilities in action with the Yareli Profile Trailer above.

Play Sisters of Parvos today for free in Warframe on Xbox One and Xbox Series X|S.

Warring factions have brought the Origin System to the brink of destruction.

Join the Tenno and defend an ever-expanding universe. Wield your Warframe’s tactical abilities, craft a loadout of devastating weaponry and define your playstyle to become an unstoppable force in this genre-defining looter-shooter.

Your Warframe is waiting, Tenno.