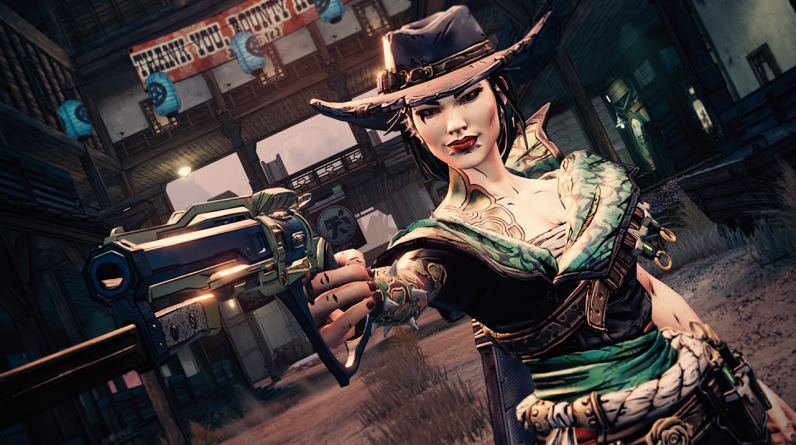 Gearbox shared the next series of add-on content coming to Borderlands 3 in June. This includes a new endgame gauntlet called Takedown at the Guardian Breach and a new story expansion called Bounty of Blood: A Fistful of Redemption.The first piece of add-on content is specifically designed for players who’ve completed Borderlands 3. Takedown at the Guardian Breach is a new gauntlet designed to test players and their gear. Similar to Takedown at the Maliwan Blacksite, the new Takedown will feature challenges that scale to the number of players in the party.

Four leveled-up Vault Hunters will work together to take on a reconnaissance mission on the planet of Minos Prime, locate a mysterious Guardian signal, and face rogue Guardians in low-gravity platforming sections while solving environmental puzzles. Rewards include themed weapons, gear, and cosmetics.

The next add-on is the third story DLC for Borderlands 3. Bounty of Blood: A Fistful of Redemption follows Moxxi’s Heist of the Handsome Jackpot and Guns, Love, and Tentacles: The Marriage of Wainwright & Hammerlock.

Bounty of Blood adds an all-new setting and a new cast of characters. Set on the desert planet of Gehenna, players face a gang called The Devil Riders. Along the way, you’ll encounter new faces like the katana-wielding warrior Rose and the brawler Juno. The player’s choices throughout the story will have a direct impact on the town of Vestige.

New gameplay additions in Bounty of Blood includes customizable JetBeast hoverbikes used to travel across the desert. There are also new interactable objects that add new combat and exploration skills as well as western-themed loot to earn.Takedown at the Guardian Breach will be released for free on June 4 while Bounty of Blood: A Fistful of Redemption will be released on June 25. Check out IGN’s review of Borderlands 3 here.