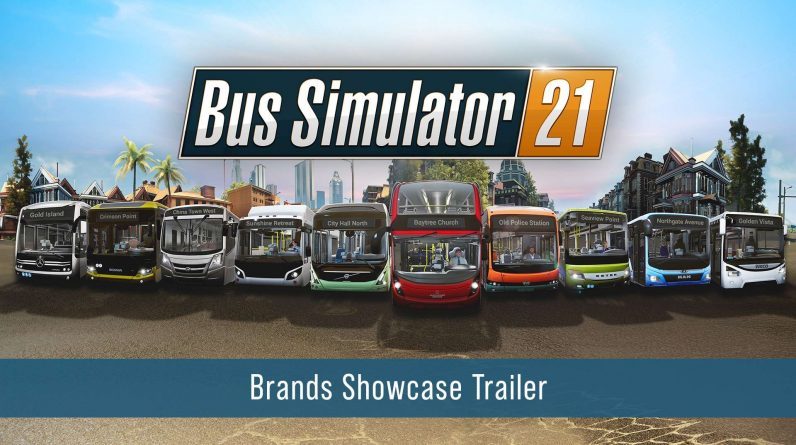 Today is the day I can finally unveil the entire brand family including all licensed bus models that you will be able to drive in Bus Simulator 21. Get ready for September 7, 2021 when the game will launch on Xbox One and will feature faster loading times, higher resolutions, as well as more stable frame rates on Xbox Series X|S.

Angel Shores, a brand-new open world set in the USA and inspired by the Sunny San Francisco Bay Area awaits you, while the already familiar Seaside Valley from the previous instalment welcomes you back on its busy streets. Found your own transportation company and expand your bus fleet to conquer the streets of Angels Shores or Seaside Valley. To ensure the safe and timely transportation of your passengers, we teamed up some of the most iconic bus manufacturers in the world. You will be able to add articulated buses, electric busses, or a double-decker to your bus fleet.

Take a closer look at all the brands and bus models included in Bus Simulator 21:

In addition, you will also get access to the Scania Citywide 14.8m e-bus for free by downloading the Day One Patch right at launch.

Make each bus your very own, both on the inside and the outside, with the enhanced customization options. Next to your designed unique company livery you can also apply advertisements on your buses to gain more income during your rides.

Look forward to a comprehensive campaign on each map in Bus Simulator 21 and expand your transportation empire all by yourself or with the help of your friends in the multiplayer game mode. Play together on both Xbox One or Xbox Series X|S and grow your bus company.

To make your life as a virtual bus driver even more comfortable and enjoyable, a lot of new features were added to the game. Create your own timetable, coordinate it, take over shifts from your AI colleagues, if you please, and use fast travel for easier accessibility  of Points of interest such as the bus dealership to purchase new buses for your fleet. Bus Simulator 21 offers the biggest open world ever built in the franchise with dynamic weather as well as a day and night circle.

Get ready, bus drivers – in only two months Bus Simulator 21 will finally hit stores and be available for pre-order on the Xbox Store. More details on the pre-order will be revealed in the upcoming weeks.