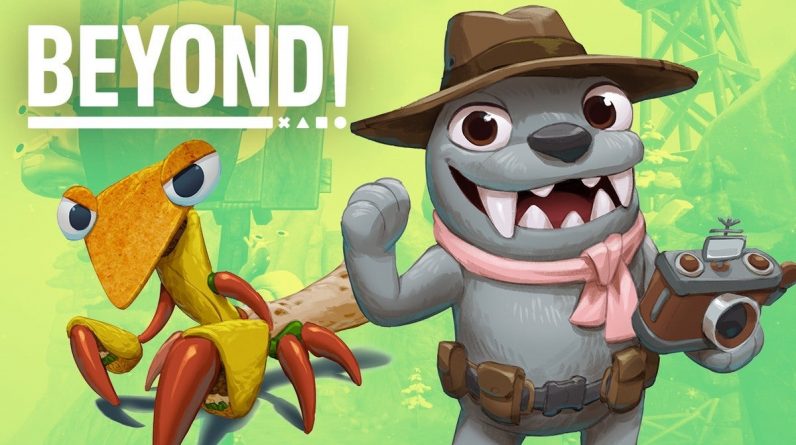 Since it’s reveal during the PlayStation 5 showcase, it has been difficult for many, myself included, to get Bugsnax out of our heads. That’s both thanks to the earworm of a song that debuted in the announcement trailer and the unexpected, peculiar trailer itself, which offered a tease of what Bugsnax will be, while leaving plenty of mystery about what the game actually is.And while there’s still, purposefully, plenty left as a mystery ahead of its planned holiday 2020 launch on PS5 and PS4, I spoke with Phil Tibitoski and Kevin Zuhn of developer Young Horses, to learn a bit more about the game itself, what goes into making a titular bugsnak, and how that catchy tune came to be. Watch our full interview below at the 39-minute mark.

Well, we still don’t entirely know what the experience of Bugsnax will hold completely, and that’s by design. We’ve only just gotten its announcement — even though Tibitoski teased the idea six years ago — but we at least know what sends players to this island full of creatures combining both bugs and snacks. Though the team has spoken a bit about Bugsnax’s central conceit in the past, the developers elaborated on the narrative-focused adventure.

“You’re this journalist who has received an invitation from Elizabert, the character you see in the trailer. She’s told you, ‘I’ve discovered these bugsnax, come to this island and report on the story, interview me.’ …But when you get there, she’s gone. Nobody knows where she is. And so you’re on this quest to find her, find out what happened to her, but on the way you meet all of her friends, the other people who are living on the Island with her,” Zuhn said.

“It’s a pretty narrative-driven game. And while you’re going through the island and finding all of these people who followed Elizabert to the island, you’re finding out what exactly they need and what their problems are and trying to help solve them through bugsnax,” Tibitoski added.

And while the trailer presents a seemingly cheerful vibe, its final moments hint at something darker happening Snaktooth island. While Zuhn and Tibitoski wouldn’t let slip what those darker aspects might be, they did point to the studio’s last game, Octodad, as emblematic of their approach to Bugsnax.

“With Octodad, it was a pretty cute and fun and almost toy-like game on the surface, but there were some themes in it and some stuff in the story that was actually… deeper than that surface level appearance. And I think you can expect a similar level of depth from Bugsnax,” Tibitoski said.

How Bugsnax Works on PS5

Being a game coming so early in the life of the PS5, Bugsnax is aiming to take advantage of many of the new features the console’s controller, the DualSense, introduces.

“Previously on pretty much any console that has vibration or rumble, it’s a nice feature that sometimes can make things more immersive, but I haven’t felt anything quite as intricate and sensitive as the DualSense’s haptic feedback,” Tibitoski said.

“In our game, being in first person, running on different terrain, jumping in and out of water or running into bugsnax, you can feel the difference between running on grass versus running in water versus running on sand or snow. There’s weather in our game and if there’s a thunderstorm and things of that nature, you can feel where the sound is coming from through the vibration.In addition to using the DualSense’s speaker to play the sounds various bugsnax make,Young Horses is also using the DualSense’s adaptive triggers in the process of trapping bugsnax.

“[We’re] even using the light on the controller to display how endanger you are of a bugsnak escaping from a trap. We’re also using the adaptive triggers,” Tibitoski said. “Different traps have different functionalities and some of those are best exhibited through, tension in those triggers or rumble in them to make you feel like you’re really using them.

For more on Bugsnax, stay tuned to IGN. Or just hum the theme song in your head, as I did while writing this entire piece.