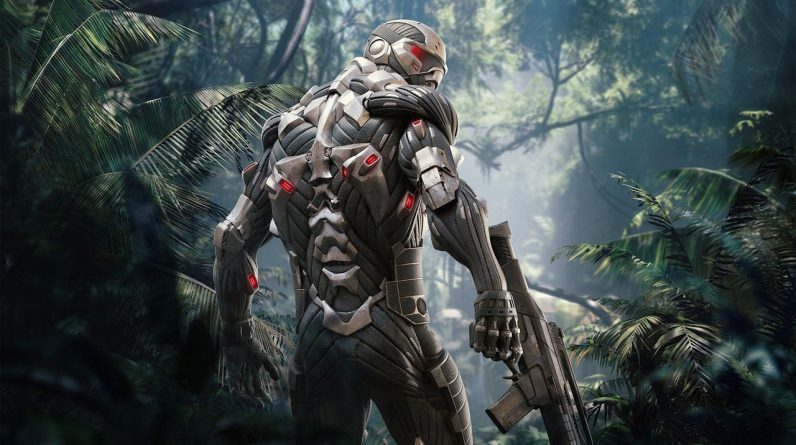 Crysis Remastered’s release date and trailer premiere have been delayed “a few weeks” so Crytek can “get Crysis Remastered up to the PC- and console-breaking standard you’ve come to expect from Crysis games.”In a letter posted on Twitter, Crytek explained that it’s seen both “the good and the bad” reactions to the leaked footage of Crysis Remastered and wants to take the time to “make a few more improvements” before release.

The trailer was supposed to be officially shown today, July 1, but the Microsoft Store leaked it early and revealed that it had a launch date of July 23, 2020.The full statement from Crytek is as follows;

“Dear Crysis Fans, as you know, Crysis Remastered will be coming into the world this year – and at the same time the Crysis IP will debut on the Nintendo Switch!”

“Your passion for the Crysis franchise deserves an undeniably high-quality game, and we are committed to delivering just that. To ensure that we meet that committment, we will need to delay the launch date (all platforms) and trailer premiere by a few weeks. Because they already started, pre-orders for Switch will stay open, but pre-orders for all other platforms will be delayed as well.”

“The features you’re looking forward to are already set, but we want to take the time on polishing the game. You might be aware of the leak yesterday, and we want you to know: we’ve seen all the reactions – the good and the bad – and we’re listening! We’re still working on a number of things in game, as well as the storefront. Please keep the love coming, and rest assure, you’ll have the game you love shortly!”

“This extra time until release will allow us to get Crysis Remastered up to the PC- and console-breaking standard you’ve come to expect from Crysis games. We hop you understand what we’re up to – and that you stay with us while we take the time to make a few more improvements. Stay tuned, and we’ll have that game, in your hands as soon as we possibly can. We’ll keep you updated on our progress, so please hang in there, and check back here for updates!”

What Games Got Right And Mostly Wrong About Life In 2020

Crysis Remastered is an updated version of the 2007 original that will be released on PlayStation 4, Xbox One, PC, and Nintendo Switch.
Have a tip for us? Want to discuss a possible story? Please send an email to newstips@ign.com.