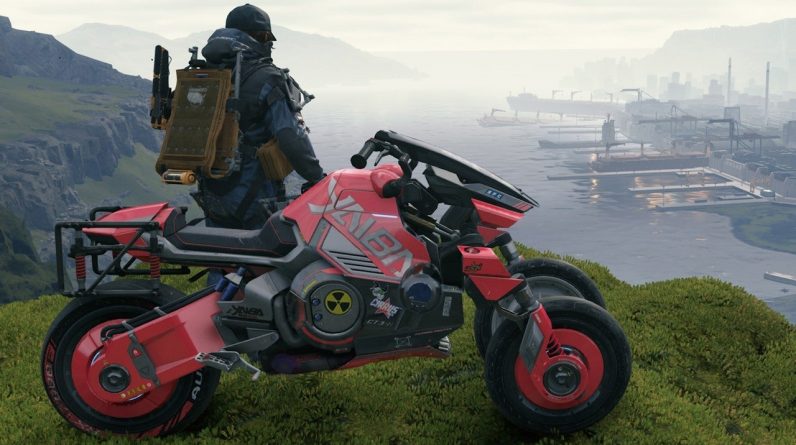 , which is available in-game today – and it’s more than just cosmetics.If you’re running game version 1.05, you’ll be able to access new missions, featuring Cyberpunk characters and lore (although we’re not sure which ones right now), as well as access new equipment – both game-changing and cosmetic.

Check out a trailer below, and read on for a full list of equipment additions:

The crossover adds a new Hacking function that allows you to disable MULE sensor poles, stun enemies with Odradeks, and short circuit enemy vehicles. You’ll also be able to unlock the following:

• “Johnny Arm” modeled after Johnny Silverhand’s robotic arm that can be equipped and used in game.

Check out images of some of the new additions in the gallery below:

This content is PC exclusive, and no indication has been given that it will arrive in the PS4 version of the game. It follows the Half-Life: Alyx crossover that came alongside the Death Stranding PC release earlier this year.

The crossover is perhaps not a huge surprise, given that Cyberpunk studio CD Projekt Red scanned Hideo Kojima as an in-game model earlier this year – having him sir on the very bike design the legendary developer has now added to his own game, no less.