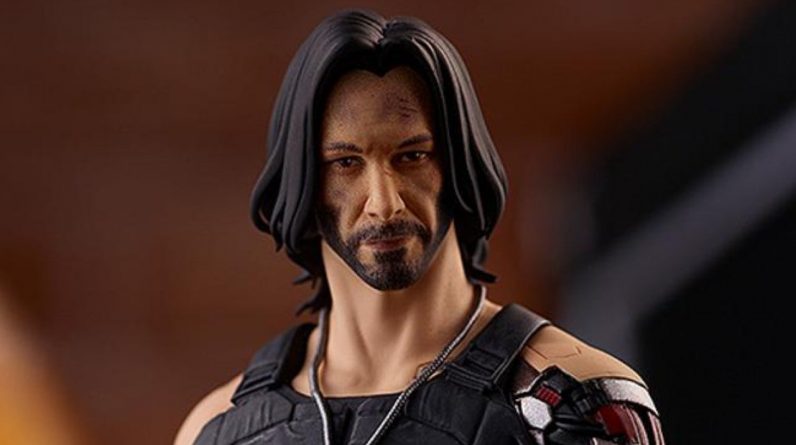 A new Cyberpunk 2077 figure from Good Smile will let you add Keanu Reeves’ Johnny Silverhand to your collection.This Johnny Silverhand figure is part of Good Smile’s POP UP PARADE series and will cost $37.99 USD and is set to ship in March 2021. The pre-order period, however, will only last from September 24 – October 21.

It is painted ABS & PVC and is a non-scale articulated figure with a stand included. It also stands approximately 190mm (7.48 inches) high.

Cyberpunk 2077 will be released on PlayStation 4, Xbox One, and PC on November 19, 2020, and Reeves’ Johnny Silverhand will have the most dialogue of any character besides you.

If this figure isn’t enough for you, there are also other Johnny Silverhand figures and merch from McFarlane Toys and Funko Pop!

Furthermore, Good Smile is teasing other options from Nendoroid – Series, Figma, Kosuke Kawamura, and more.For more on Cyberpunk 2077, Keanu Reeves, and Johnny Silverhand, check out Reeves’ comments on what’s cool in Cyberpunk 2077, why he won’t be a romance option, and how every Keanu Reeves character would do as a Cyberpunk 2077 protagonist.