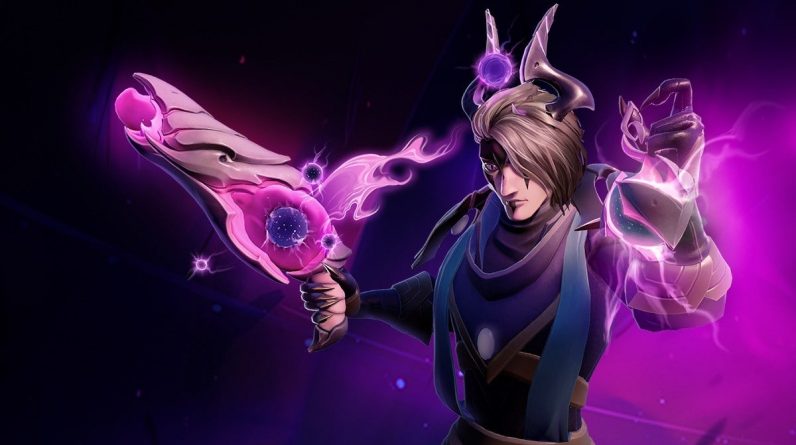 I was a total rookie in the monster-slaying, co-op action RPG Dauntless when the developer guiding me through a preview of the upcoming Call of the Void update told me we were about to jump into some “mid- to late-game content.” That felt a bit like being woken up on a Saturday morning and hearing there’s a bear outside and I need to deal with it. But decked out with an absurdly oversized hammer and some stylish plague doctor armor, there wasn’t much to do but take a deep breath and plunge into the unknown.A typical hunt in Dauntless usually focuses on a single boss (called a behemoth) at a time. But Escalation missions, like the new Call of the Void we were about to take on, feature a gauntlet of multiple fights in a row. And each fight can feature a randomized pairing of two different bosses that may play off of each other in ways the developers never even considered. We were unlucky enough to come up against a Shrike and a Skraev in the same room – two great-tasting, winged death beasts that taste great together. I was told certain combinations have proven, through testing, to be so absurd that they had to be banned from appearing together.

Dauntless Mixes it Up

Dauntless: Call of the Void Screenshots

Even so, the number of possible encounters is still pretty huge. Call of the Void will feature both new and returning behemoths in its eerie, shadow-themed arenas. These can also spawn with a new Umbral modifier that changes up the returning beasts for those who think they have all their tricks figured out already. You won’t be without your own tools to weather the storm of bosses, though. Between each fight, visiting a crystal will let you pick a boon to carry forward. If, like me, you’re burning all of your health potions every battle because you’re new to the game, you can choose to replenish your stock. But that comes at the cost of picking a persistent stat boost that can apply for the rest of the escalation, such as Squad Goals, which increases your damage for every member of your party that has the perk.

Certain combinations have proven to be so absurd that they had to be banned from appearing together.

This all builds to a confrontation with the expansion’s central boss, Thrax. Dwelling on a crystal-ringed arena made of liquid darkness, this dimension-bending serpentine beast can attack at range by opening portals and sticking his razor-sharp limbs through, Doctor Strange-style. He also has an ability that sees him charge across the room in a series of straight lines that leave behind walls of umbral energy. You can jump or dodge through them without taking damage, but walking or getting knocked into one will take a big chunk out of your health.Thrax does a great job of keeping you on your toes, forcing you to keep on the move while also planning out your next step carefully to avoid damaging terrain. And his arena is impressively foreboding and evocative, especially given that you arrive there by stepping through a portal and being flung through space on a wave of violet shadow energy. Dauntless is already a really stylish game, and this escalation definitely brings its A-game in that department.

Call of the Void’s Cautionary Tale of Swords

Thrax is just the kick-off to what the developers are calling an “Evolving Narrative.” Rather than telling a one-off story, the plan is for the events of this update to have significant, lasting repercussions on the world. My lore knowledge is a bit lacking here, but considering we’re already dealing with a literally shattered planet assailed by massive, elementally-aspected monsters, any new story development that could get a veteran slayer to perk up and pay attention has got to be pretty spectacular.This update won’t only cater to the hardcore, though. There’s also an improved tutorial and a Training Island area where you can practice combos and try out all of the different weapon types against static targets. Twitch-based action RPGs can be daunting, but Phoenix Labs wants to keep making theirs a bit daunt-less to get into.

The Call of the Void update will launch on June 11 alongside a new Hunt Pass, which will let you earn 50 levels of season-specific rewards. Purchasing an Elite track will unlock even more new stuff at each level, including consumables, gear tokens, and cosmetic gear.

T.J. Hafer is a contributor to IGN. He plays all sorts of games. Test his knowledge on Twitter at @AsaTJ.