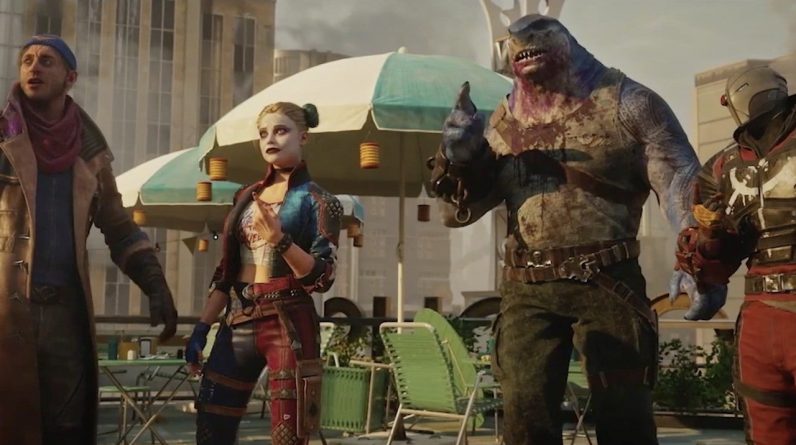 The first day of DC FanDome was jam-packed with announcements for every fan of the expansive comic universe. Check out all the biggest announcements from the big event in our recap below and peek at the full DC FanDome schedule to stay up-to-date on the latest reveals.

The second trailer for Wonder Woman 1984 had plenty for fans to love, and it gave us our first look at Kristen Wiig’s Cheetah in her fully transformed state allowing her to travel at incredible speeds and scale walls.

Though most of the trailer focuses on Barbara Ann Minerva and her journey towards transformation, we see a fully-realized Cheetah near the end of the trailer, facing off against Wonder Woman donning her golden eagle armour. In the clip, we see her fight Diana to a standstill.

WB Montreal’s Batman game Gotham Knights has finally been revealed after literal years of teasers. Instead of playing as Batman – who is reportedly dead – you’ll take control of Robin, Batgirl, Nightwing, and Red Hood. It will be entirely playable solo or with two-player online co-op. A 7-minute gameplay trailer showcases the type of gameplay we can expect, and it looks similar to the previous Batman Arkham games, although WB Montreal has confirmed it takes place in a separate timeline.

Each character will have their own set of abilities, such as Robin’s ability to teleport short distances in combat using the Justice League’s satellite, or Batgirl’s many martial arts styles. Besides a plethora of Gotham goons, we got a glimpse at Mr. Freeze attempting to encase Gotham City in ice as well as a short fight involving Batgirl and Robin.

The end of the official trailer teased the Court of Owls’ involvement with a large circular room lined with coffin-like enclosures which are likely housing the Talons — child assassins kidnapped by the Court of Owls.

James Gunn’s Suicide Squad’s cast has been revealed, and the team has grown exponentially. Notably, Idris Elba is playing Bloodsport, John Cena is Peacemaker, Nathan Fillion is TDK, Pete Davidson is Blackguard, and Michael Rooker is Savant. You can see the entire roster below:

The Suicide Squad Who’s Who: Full Cast and Character Reveals

During the DC Comics Surprise Panel it was announced that Milestone Comics is being revived alongside a new Static Shock comic. An all-new digital comic will be released in February 2021 followed by an original graphic novel.

As part of the revival Milestone Comics will be releasing classic issues in digital format starting in September 2020.

The Snyder Cut Will Be Released in Four Hour-Long Chunks, First Teaser Shown

Snyder also announced it will debut in four, hour-long chunks on HBO Max in 2021, and that the whole thing will eventually be able to be viewed as an entire film. The project reportedly costs upwards of $30M to produce and Snyder has confirmed there will be no reshoots with the original cast, using only previously shot footage.

While you wait for the first part to debut, be sure to check out the true story behind The Snyder Cut.

The first story details for the upcoming Black Adam movie starring Dwayne “The Rock” Johnson as the titular antihero have finally been revealed alongside a couple animated teaser trailers.

Black Adam will be facing off against the Justice Society of America, which includes Atom Smasher, played by Noah Centineo, as well as the newly announced Hawkman, Dr. Fate, and Cyclone.

Rocksteady Studios, primary developer of the Batman Arkham games, revealed its long-awaited next game, Suicide Squad: Kill The Justice League, with a trailer and some brief details. In Suicide Squad: Kill the Justice League, players take control of Harley Quinn, Captain Boomerang, Deadshot, and King Shark, who are tasked with taking down a mind-controlled Justice League. It can be played solo, or with up to four players cooperatively. If you’re playing single-player with AI-controlled teammates, you’ll be able to switch between different characters at will.

Suicide Squad: Kill The Justice League is slated for release in 2022 for PS5, Xbox Series X, and PC.

Rounding out DC FanDome was the long-awaited first trailer of Matt Reeves’ The Batman. In it, we got a look at Robert Pattinson’s darker, dishevelled Batman, glimpses of Zoe Kravitz as Catwoman (although Reeves stated she isn’t Catwoman yet in this film), Colin Farrell as The Penguin, and Jeffrey Wright as Detective Jim Gordon.The Batman is only around 25% complete, according to Reeves, as production has faced many delays due to the ongoing COVID-19 pandemic. Production is planned to resume in September.

The Batman is currently slated for an October 1, 2021 release date.

Matthew Adler is a Features, News, Previews, and Reviews writer for IGN. You can follow him on Twitter @MatthewAdler or watch him stream on Twitch.