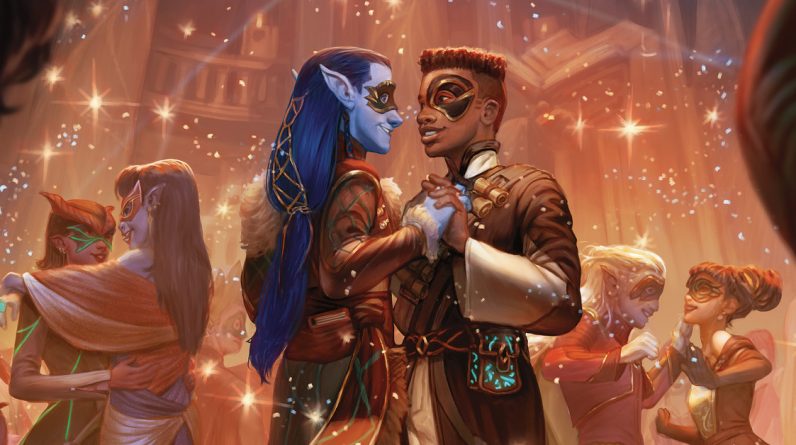 When making Dungeons & Dragons campaign books based on the world of Magic: The Gathering, Wizards of the Coast’s designers have to come up with ways to make existing mechanics and characters from the collectible card game fit into an entirely different set of established rules. That was especially challenging for the team behind the upcoming crossover book Strixhaven: A Curriculum of Chaos, because they were also looking for a way to translate the college experience.

“As we reflected on our own experience as university students, we looked at not only how much excitement there can be, but what a hot mess college life can be,” principal designer Jeremy Crawford said during a press conference Monday. “The relationships you can build can become really dear and affectionate, but they can also go the other direction, and you can end up with a frenemy who might end up causing you trouble.”

Based on the Magic: The Gathering set Strixhaven: School of Mages, Strixhaven: A Curriculum of Chaos is set at a school of wizardry that owes a fair bit to the Harry Potter series’ signature school, Hogwarts School of Witchcraft and Wizardry. Students and teachers at Strixhaven are divided among five colleges with their own magical foci. For instance, Prismari draws on the power of the elements, while Silverquill’s members use words as weapons through battle poetry and cutting insults. In spite of that concept, you don’t have to play a magic-using class in a Strixhaven game. All players will receive a free campaign feat that will grant them some magical abilities based on one of the colleges.

The designers have developed rules to simulate college life including taking tests and working on campus.

“Depending on how well you do on your exams, which mostly consist of skill checks and a lot of flavor, you’ll get bonuses going forward in the story,” Hamon said.

The book also contains rules for building up relationships with other students, which affects the narrative, but also has mechanical impacts on the game. There are personality profiles for 18 NPCs spread across the five colleges, and players can interact with them during relationship encounters such as an improv festival, house party, or Pitch Perfect-style singing competition. The decisions players make during these encounters could earn them new allies, or rivals who will try to interfere with their plans.

Unlike the previous Magic crossovers, which were set in different worlds, Strixhaven is designed to be dropped into any D&D campaign. The book features an adventure that can be played from levels 1-10 or broken up into four standalone games, each representing a year spent at the college. Each of those can be completed in two or three sessions.

A bestiary contains 40 new creatures, plus NPCs including professors and the dragons that founded each college. Players will also find rules for Owlin, a new avian race that was previously tested in Unearthed Arcana, plus feats, spells, and items such as magical textbooks to further immerse them in the setting.

Strixhaven: A Curriculum of Chaos releases on Nov. 16. A version of the book with alternate cover art will be available exclusively at local gaming stores.