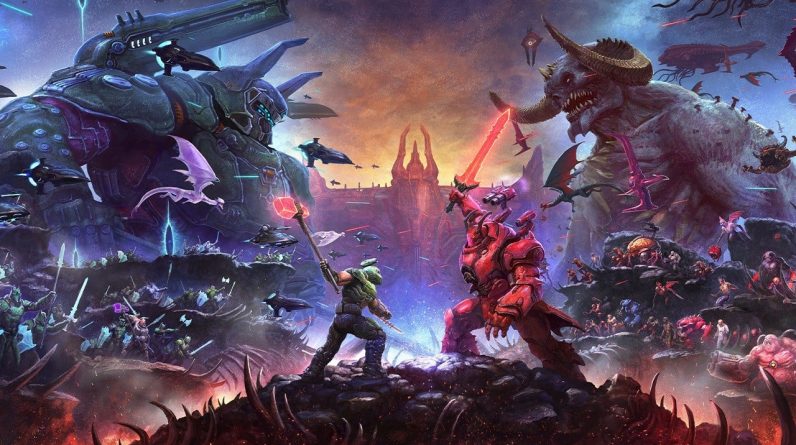 In hindsight, Doom (2016) was for tourists. By the time you complete Doom Eternal’s second and final campaign expansion, The Ancient Gods Part 2, you’ll have the skills of, well, an ancient god, and the stuff that this franchise’s brilliantly modern reinvention threw at you five years ago will seem like child’s play. Doom has practically evolved into a single-player esport at this point, and The Ancient Gods Part 2 closes the book on the Doomslayer’s quest to vanquish Hell’s forces by adding enough new variety and challenge to keep it as engaging as ever.The Ancient Gods Part 2 wastes no time in throwing some memorable new bad guys at you. The biggest, nastiest new foe – and you’ll meet him early on – is the armored Baron of Hell, whose shell must be cracked open before you can begin dealing any damage. Doing so requires either sustained plasma-based weapon fire or a single, well-timed precision shot to the mace in his hand at the moment it flashes green. Because of that, they take a long time to bring down and must be carefully considered in big battles, which adds another layer to Doom’s ever-enlarging onion of combat strategy.