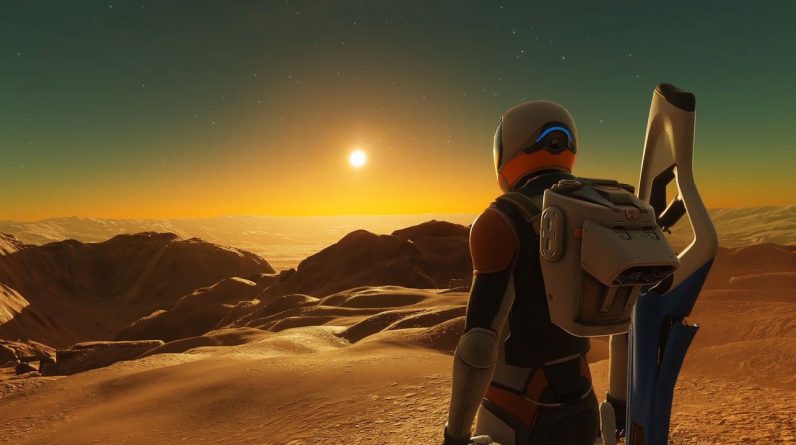 ‘ Odyssey expansion is the primary focus for developer Frontier right now, but the game’s space exploration core is “by no means done” – although Frontier hopes that if you didn’t enjoy the space content, you might come in to play with Odyssey’s new offerings anyway.The major 2021 expansion – which will let players land on, explore and shoot one another across many of the planets in the game’s simulated galaxy – is taking up much of the developer’s time right now, but it doesn’t mark the end of updates to the version of Elite: Dangerous we already have.

“We definitely have to focus in order to get the experience on foot to be as good as we want it to be,” said game designer Luke Betterton to IGN. “It needs a similar level of focus to what we’ve previously given our in space content – and that’s obviously had many, many years. But [space content] is by no means done. This is an expansion to the existing game. It’s not a case of: ‘You’ve had this one and now we’re going to give you that one and we’re just going to move that way.'”

Key to that idea is in how Odyssey is designed not to sit alongside the core game as a separate piece, but within it: “The Odyssey experience is going to go pretty much hand-in-hand with the existing experience,” Betterton continues. “You’ll be able to fly around, you’ll be able to step out of your ship, you’ll be able to do things that are on foot and then just hop back in your ship and continue an experience that is fairly seamless.”

However, while Odyssey aims to fit within Elite’s structure, allowing you to extend the usual offerings of exploration, combat, and trade, it’s being designed to feel like an entirely new activity, from collecting samples of undiscovered flora, to turning the usual strategic spacefighting into what looks like more frenetic on-foot firefights. Frontier hopes that means Elite’s appeal will broaden along with the gameplay:

“It’s about making Elite, as a kind of simulation and game experience, just so much more full,” explains Betterton.” There is more to do at every single moment. And if you perhaps didn’t find something in the original version of Elite – because you’re not that into spaceships perhaps – you can do all of the on-foot stuff regardless. It will allow all those people to actually find something in Elite that they necessarily didn’t have before.”
Elite: Dangerous – Odyssey will launch in early 2021, and will include full planets to land on, as well as contracts that allow for diplomacy, commerce, lethal stealth, and all-out combat. There will be “diverse settings, objectives, and NPCs” that offer “endless mission variety and a near infinite amount of content to enjoy.”