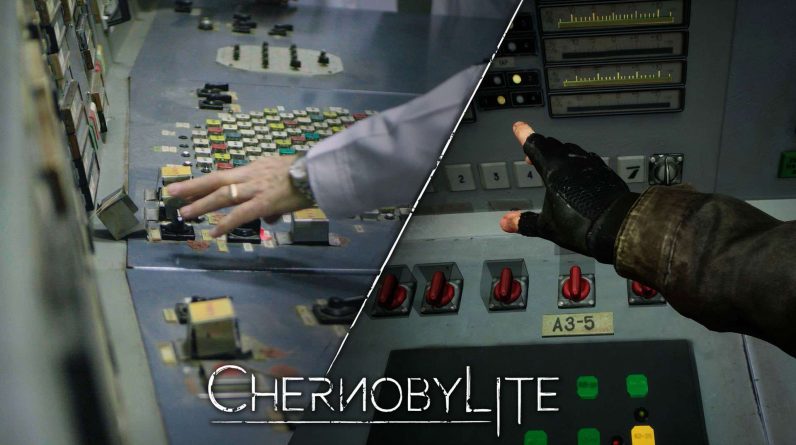 Are you ready to face your fears? The Zone will open for stalkers in Chernobylite on September 7. Take your best gear—humans aren’t the only threat lurking in the dark here…

Chernobylite is a science-fiction survival horror RPG from developers The Farm 51. Set in the hyper-realistic, 3D-scanned wasteland of Chernobyl’s Exclusion Zone, explore a non-linear storyline in your search to uncover the truth of your tortured past.

Igor Khymynyuk, a former physicist of the Chernobyl power plant, has returned to what is now the Exclusion Zone to find his fiancée who disappeared 30 years ago on the fateful day of the nuclear disaster. She haunts him in his dreams and as long as there’s even the slimmest hope that she’s alive, Igor must face the horrors of the Zone himself. The very ones that might have already consumed Tatyana. Will you discover the dark secrets of Chernobyl? Will you be able to face the truth you’ll find there?

Tatyana Amelieva, Igor’s missing fiancée, called Igor to Chernobyl in his dreams. She seems to be both a guide and a nemesis. Her intentions? Unknown. In the Zone it’s hard to even tell if she’s really there or just an echo of a memory.

Chernobylite is a thrilling story of conspiracy, love, and obsession. As events unfold you will discover not if you can face your fears but if you can survive them.

There are several layers to the survival aspect of the game. You’ll need to build your base and set out on dangerous missions to find resources in the Exclusion Zone, such as food, weapons, medicine, and scrap materials. Your mission isn’t something you can accomplish alone, so you’ll need to find companions and send them out too. Your companions will be crucial to the success of your mission so you’ll have to manage your resources well to make sure you all survive. But nothing in the Zone is easy. Remember: everyone has a hidden agenda.

Exploring the Zone will take its toll on you. When radiation levels are too high, they’ll damage your health. Facing hostile soldiers and creatures from another dimension will affect your psyche. Your ammunition can run out and sometimes you won’t be able to get back to your base to catch your breath, so you’ll have to master the art of survival in the field. In a tough situation you can either create simple tools from the available materials or work with abandoned ones you find. You’ll have to do whatever it takes just to stay alive.

The survival elements in Chernobylite were all designed to match the game’s setting, Chernobyl’s Exclusion Zone. For example, in the game you can gather scrap metal and chemical tanks, which devs, The Farm 51, saw on their trips to Chernobyl.

These down-to-earth elements of survival blend with the game’s paranormal aspect. Dangerous and mysterious creatures enter the Zone from another dimension. To make exploration a bit easier, you’ll have a special tool that can open portals for quicker travel or to travel back in time and change the choices you made. But the more you use this power, the more creatures will appear, so there’s always a price to pay.

Developers, The Farm 51, traveled to Chernobyl quite often to gather data for the creation of its in-game version. “We tried to recreate the most interesting places in the Exclusion Zone around the Chernobyl Power Plant using photogrammetry to achieve the most accurate results,” said Michał Mierzejewski from The Farm 51. “The fact that we managed to scan it will, in a way, save the Zone.”

When the team reached the higher levels of Reactor 5, they could see practically the whole Exclusion Zone. “We said ‘Imagine, how cool would it be if a player could see this view every day in-game and choose where to go next from this lookout and even see their influence on the game world’,” said Artur Fojcik, the Game Director.

Characteristic places such as Cafe Pripyat, the Chernobyl Power Plant, and the now destroyed Emerald Summer Camp have been ingrained in the game forever.

The real Chernobyl Exclusion Zone, although it has its own secrets, is actually safe. The Zone’s recreation in Chernobylite however will take you on a thrilling adventure but will force you to face your fears. Knowing this, will you still enter the Zone? See you there on September 7. We hope you survive.