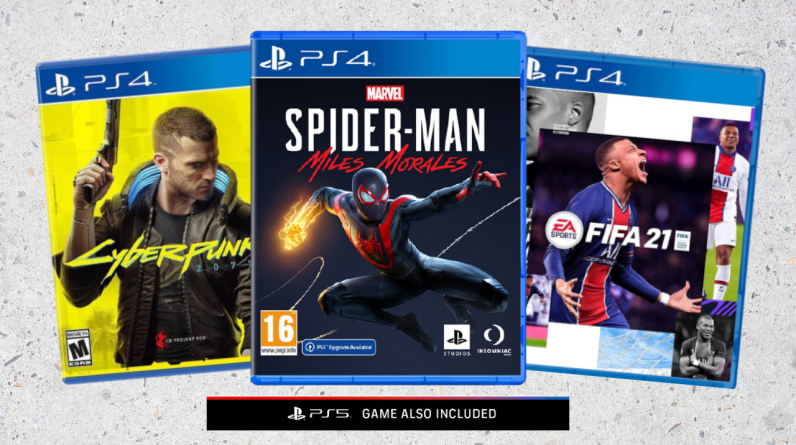 The PS4 to PS5 upgrade situation can get a little confusing when you start to think too much about it. So, we’re going to do some of the thinking for you. The PS5 upgrade approach is a new system being put in place that allows players to download a PS5 copy of a game if they already own the PS4 version. This can be achieved for free, or with a paid fee, and is also different from backward-compatibility.This is also different from the Xbox approach, which involves simply installing the game on whatever console you’re using and it’ll work with the correct graphical settings. This is what Microsoft is calling Smart Delivery, and it allows players to just buy an ‘Xbox’ game, without having to jump through any hoops. But, are there going to be any hoops for PlayStation users?

Do You Need to Pay for Both PS4 and PS5 Copies of Games?

According to the official PlayStation 5 page, ‘The PS5 console gives game publishers the ability to let players upgrade their disc and digital PS4 games to digital PS5 games’. This means that, for the most part, you will not be required to pay full-price for both PS4 and PS5 copies of games, so long as the publisher is providing the option to. Thankfully, for the more part, this is the case currently, and there are already several games already confirmed to include a PS5 upgrade path. Not all games can be upgraded for free, however, so check down further in the article for the full list of PS4 games getting a free PS5 upgrade.

Remember, upgrading a game to a PS5 version is not the same as backward-compatibility. The upgrade we are referring to is when the developer is specifically releasing a PS5 copy of the game that includes upgraded 4K performance, increased clarity, faster load times, and consistent/ uncapped FPS. Sony has confirmed that a large number of PS4 games will be backward-compatible on the new console.

How Do I Upgrade My PS4 Games to PS5?

We’re going to refer to the official PS5 page again for this. If you have a PS4 game as a physical disc, you will need to insert the game disc into the PS5 to see an upgrade path. You will then have to download the PS5 version and keep the PS4 disc to use and insert every time you play the game. Presumably, the PS4 disc will still work on your PS4 as well.

To take part in this upgrade, you will obviously need the PS5 console with a disc drive. That means no what version of a game you’re upgrading, digital or physical, it will always result in a digital PS5 copy of the game.

If you own a digital copy of a game that can be upgraded, you can simply download the game on your new console, as the console and publishers will automatically know you’ve already purchased a license for the game you’re looking to play, and provide you with a PS5 copy of the game. So, as an example, you could preorder Spider-Man Miles Morales on PS4 digitally, and then download the PS5 version onto your new console at no added cost at launch.

What PS4 Games Are Getting Free PS5 Upgrades?

To help you decipher the current PS4 to PS5 upgrade situation, here is a full list of all the games that you can purchase on PS4 that will upgrade to PS5 at no added cost. But, a few of these do have some caveats to take note of. FIFA 21 and Madden NFL 21 will require you to upgrade to the PS5 version before next year’s installment (FIFA 22, and Madden NFL 22). Control will only upgrade to the PS5 edition if you own Control Ultimate Edition, not the original PS4 base game, and Hitman 3 will only be receiving a free upgrade for a digital copy of the game.

Unfortunately, not all games will be including a free upgrade path. Marvel’s Spider-Man is available to play as a remastered version on PS5, but there isn’t an upgrade version from the PS4 copy, and at the time of writing, it can only be accessed via the PS5 copy of Spider-Man: Miles Morales Ultimate Edition that will cost $69.99.

Moreover, Call of Duty: Black Ops Cold War has a slightly confusing upgrade path. But put simply, you’ll need to pay at least $70 to get access to the PS5 version. Right now you have three options, the cross-gen bundle for $70, the PS4 version for $60, and the PS5 version for $70. If you buy the PS4 version, you’ll be required to pay an extra $10 to get access to the game on PS5. To be fair, however, this is also the case with Xbox One to Xbox Series X.

NBA 2K21 is another game that isn’t receiving much of a free upgrade path, as you’ll only be getting an upgrade to the PS5 copy if you own the $96 special edition copy of the game, the Mama Forever Edition. You’d probably be better off waiting for the $69.99 PS5 copy if you’re looking to play next-gen.

Edit: We’ve decided to move Control here, considering you’ll be required to buy all the content again with Control Ultimate Edition in order to upgrade for free.

Will My Save Files Carry Over From PS4 to PS5?

Right now, the situation actually remains a little murky until Sony bucks up and clarifies the situation overall, or whether it’s simply on a developer by developer basis to make the decision. There was some recent confusion when Yakuza’s March PS5 release date announcement also confirmed that PS4 saves for the game can’t be carried over to the PS5 version if players decide to upgrade. Moreover, Dirt 5’s developers also confirmed that, while Playgrounds creations can be migrated, other game progress, like career mode and currency, cannot be moved from the PS4 to PS5.

Marvel’s Spider-Man Remastered will also not carrying over saves, so you could argue that most PS4 game saves won’t carry over. It still sounds like any games that utilize online or cloud game saves will carry over your online process, but only time will tell for now. If you want a more in-depth overall of save games when it comes to PS5, check out everything we know on the PS4-PS5 game save confusion.

If PS4 Games are Cheaper, with an Upgrade Path, Why Buy the Game on PS5?

For a shiny white box. Yeah, it’s a little odd but maybe you could argue you can avoid the additional PS5 download as well? If you can find a game like Far Cry 6, Assassin’s Creed Valhalla, or Watch Dogs Legion preorders on sale at Amazon for $49.94, all of which are getting free PS5 upgrades, then maybe just get the PS4 copy and save yourself $10.

Xbox has a different approach to how PlayStation is doing things. From what we know currently, playing games on the Xbox Series X will function in a comfortably similar fashion to going between an Xbox One, to an Xbox One X. It’s the same game, with a performance bump. This is seemingly how the current generation worked with different hardware, as you could play Xbox One games on Xbox One X and PS4 games on PS4 Pro without any change. Presumably, this should also be how PS4 backward-compatibility games will work on the new console, but that’s yet to be confirmed.

As we’ve explained previously, this isn’t the case with the PS5. You’ll be specifically instructed to upgrade to a digital PS5 version of the game upon inserting your PS4 disc, and you’ll need to keep that PS4 disc to play the PS5 version of the game. This is why Xbox games are being promoted as just that, Xbox games, while PlayStation is very much leaning towards labeling games as next-gen. Although, it’s not like Xbox isn’t doing this a bit either, with it’s massive ‘Optimised for Series X’ logo planted everywhere. Not only that but there also a few games that haven’t opted into Xbox Smart Delivery, such as Call of Duty Black Ops: Cold War.

Another difference when it comes to Xbox vs PlayStation (make love, not console wars), is the ability to go forward and backward generations using the same disc on Xbox. Seemingly, this is while Xbox One consoles are still being supported by Xbox, but for now, any Xbox games you buy can be played on both generations of the console. Whereas you will not be able to use a PS5 disc on a PS4, nor will buying a PS5 game entitle you to a PS4 copy as well.

Have we missed any games on the lists above? Let us know in the comments, and keep an eye on our PS5 preorder guide and @IGNDeals for future PS5 and Xbox Series X stock updates.

Robert Anderson is a Commerce Writer for IGN. You can follow him @robertliam21