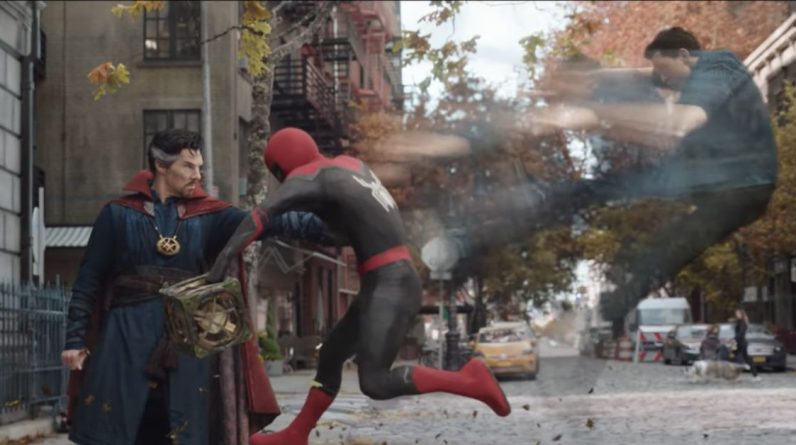 After months of speculation, leaks, and rumors, we finally have our first look at Spider-Man: No Way Home, and while it only includes one Spider-Man, the possibilities for cameos from across Marvel movie history are endless.

The third Spider-Man movie in the Marvel Cinematic Universe picks up in the wake of Spider-Man: Far From Home, with Peter being outed by Mysterio’s carefully edited footage. Peter seeks the aid of Doctor Strange in an effort to reverse time and undo his life implosion. What follows looks like a multiversal collision — and not one that goes particularly well for anyone involved.

The earliest hints of the multiverse arrived in the post-credits scene of Spider-Man: Far From Home, when J.K. Simmons reprised his role as J. Jonah Jameson, which he played in Sam Raimi’s Spider-Man franchise and in the Ultimate Spider-Man cartoon series. In the post-credits scene, Jameson hosts a talk show where he reveals the identity of Spider-Man as Peter Parker. Now, in the wake of Loki, we know that multiple timelines and realities exist within the framework of the MCU. All it takes to enter one is a a superhuman with the right touch. Enter: Doctor Strange. No Way Home will be Strange’s first appearance since Avengers: Endgame, and seems to be doing a bit of set up for his next solo movie, Doctor Strange in the Multiverse of Madness.

Over the last several months, rumors and leaks have reported that No Way Home would be the first in the MCU to really play with timelines and alternate universes, specifically by bringing in villains and heroes from previous Spider-Man reboots. However, that doesn’t happen at all in this trailer … which could either mean that it isn’t true or that Marvel is keeping secrets. Even if they aren’t officially from the multiverse (yet), we do know that some familiar faces are coming back, including Alfred Molina’s Dr. Otto Octavius from Sam Raimi’s Spider-Man 2.

While Molina shows up in this trailer, a few other villains will crossover into this one too. So far, set to make an appearance is Jamie Foxx’s Electro from The Amazing Spider-Man 2. It also seems like Willem Dafoe’s Green Goblin could show up, since his bomb from Raimi’s first Spider-Man movie appears on screen and his laugh echoes near the end of the trailer.

Spider-Man: No Way Home is set to be released on Dec. 17, only in theaters. The film will be the fourth Marvel movie to debut in 2021 after a year of no releases from the superhero studio. The threequel follows this summer’s Black Widow and Shang-Chi, as well as The Eternals, which is set to come out in November.