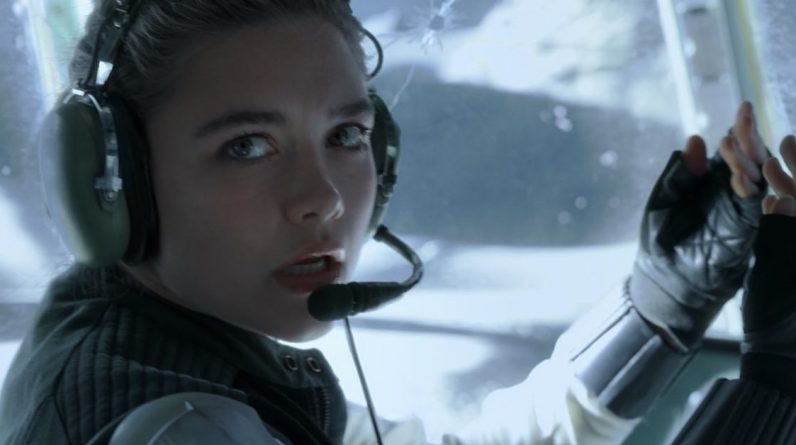 Black Widow doesn’t flinch when confronting the grislier aspects of Natasha Romanoff’s past. Conscripted into training in the Red Room, forced to enact violence in the name of Russia, and then her own episode of vengeance alongside Clint Barton on the infamous Budapest mission … it’s all pretty bleak. Which is why director Cate Shortland wanted to turn Black Widow into one of the funnier chapters in the Marvel Cinematic Universe.

“What we tried to do was use humor to talk to the trauma,” she tells Polygon. “Most people in this film who’ve been victimized, are actually making jokes about that because they’re trying to overcome it.”

There’s no better example of Shortland’s approach than a moment in Black Widow in which Florence Pugh, as Yelena, reminds her surrogate father Alexi (David Harbour) of one particular horror of the Red Room. Here’s how it plays out:

Alexi: Why the aggression, huh? Is it your time of the month?

Yelena: I don’t get my period dipshit. I don’t have a uterus.

Yelena: That’s what happens when the Red Room gives you an involuntarily hysterectomy. They kinda just go in and rip out all your reproductive organs. They just get right in there and chop them all away. So you can’t have babies.

Alexi: OK, OK, you don’t have to get so clinical and nasty!

Yelena: I was just going to talk about fallopian tubes…

The scene picks up a thread from Avengers: Age of Ultron, in which Natahsa lays out to Bruce Banner in the gravest terms what happens to the young women captured by Dreykov (Ray Winstone).

In the Red Room, where I was trained, where I was raised, they have a graduation ceremony. They sterilize you. It’s efficient. One less thing to worry about. The one thing that might matter more than a mission. It makes everything easier. Even killing … You still think you’re the only monster on the team?

According to Shortland, Pugh’s clapback wasn’t actually in the script for Black Widow. In development for years, the final film’s story is credited to Jac Schaeffer (WandaVision) and Ned Benson (The Disappearance of Eleanor Rigby) with a script by Eric Pearson. After entering Marvel’s screenwriting program in 2010, Pearson went on to write One-Shots in the early Phase 1 days, and has become a go-to source of rewrites for the studio, with a co-writing credit on Thor: Ragnarok.

“So Eric, who is our writer, had written a joke about women being in bad moods because they have their period,” Shortland recalls. “And I remember Florence and Scarlett and I reading it and just being like, ‘Oh, my God, this is ridiculous.’”

The director says she almost cut the joke entirely, but after discussing with her actors, ultimately decided to “answer it.” She didn’t clarify if that meant improvising on the day of or going back for traditional rewrites, but the outcome was the final digression on involuntary hysterectomies.

“I love it,” Shortland says. “Because it’s like, if you’re gonna make that joke, I’m gonna unleash Florence Pugh on you. She’s gonna Yelena you. It’s one of my favorite moments in the film.”

For more from Shortland, read our full interview. Black Widow is out now in theaters and on Disney Plus Premier Access.

Update: According to additional reporting by Little White Lies, none other than Walking and Talking and Enough Said writer-director Nicole Holofcener was the one the Black Widow team brought in to punch up the script with Pugh’s graphic retort.

Black Widow on Disney Plus

Prices taken at time of publishing.