Home Gaming News Fortnite Galactus Event: What Time It Starts, What To Expect, and More 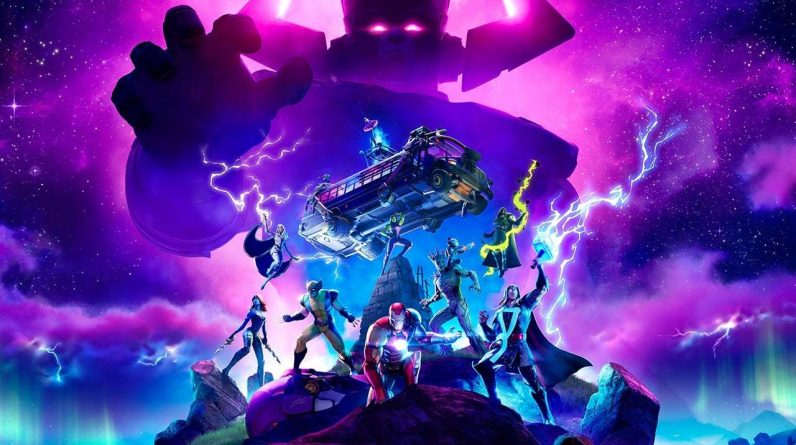 and Marvel teamed up, everyone expected some sort of game-altering occurrence – that Season 4 would offer more than just a battle pass filled with icon skins. And considering that Galactus’ body recently appeared in the ocean (just west of Sweaty Sands), it was apparent that he’d be the cause of whatever calamity is on the horizon.This coming live event will send shock waves through the Fortnite universe. At least, that’s the sentiment shared by Epic; the company wants as many people as possible to join the fight tomorrow. Given the magnitude of Galactus’ appearance, we’ve compiled the necessary information in our guide below to help you do just that.

What is The Fortnite Galactus Event?

The Fortnite Galactus event is a special, one-time-only event where players will (assumedly) battle Galactus. Epic hasn’t spilled the beans on just what that will actually entail. The only thing they’ve said is that players will be “joining the fight”. Will Fortnite players actually go toe-to-giant boot with Galactus though? We’re not sure.

What we do know is that this is supposed to be some sort of battle. Whether we afforded a front-row seat or actually get to participate in the fight is still up in the air. What we can say for certain is that Galactus will descend upon the island before all hell breaks loose.

What Time is The Fortnite Galactus Event?

Fortnite’s Galactus live event will take place tomorrow, December 1st, 2020 at 1 AM PST (4 PM EST) in-game. Similarly, to other live Fortnite events, players will want to log-in an hour early. There should be a prompt letting you know that the event is happening soon. That’s when you hit the battle royale launcher (you’ll wait at the menu screen until that point). Again, try to be early. The last thing you want is to be stuck waiting in a queue while everyone else is participating in the Galactus event.

How to Watch The Fortnite Galactus Event?

The entire event will take place in-game. Hopefully, if you log-in early enough, you’ll be able to participate. Don’t worry if you can’t though. While this is a one-time occurrence – as opposed to say, the Travis Scott concert – it will be possible to catch a VoD of sorts. IGN plans to capture this live event so you can definitely check back here to watch it.

Note: Be sure to check with Epic if you plan on monetizing the event. Only Support-A-Creator (SAC) members will be able to monetize by linking their YouTube and SAC accounts. Even then, they’ll only be able to do so for 90 days. Epic said that they won’t issue takedowns or anything. Still, it’s always better to be safe rather than sorry.

As for the where (once things get going), I’d expect for Galactus to be seen regardless of your position on the map. He’s a giant God-like being after all. He’s going to be hard to miss. That said, he is rising out of the water near the west side of the map. You can’t go wrong by heading in that direction upon logging in.

Another interesting development, besides the major event, is a Fortnite Bus glitch. Apparently, players can “hijack” the bus and ride it towards Galactus for…reasons.

Discovered by YouTuber Glitch King, this glitch will give players the ability to take a closer look at a still submerged Galactus. To pull this off, you first have to make sure that the battle bus is headed in his direction. After that, you have to disconnect your internet a few seconds before you’d normally be kicked off the bus. If done correctly, you’ll continue to fly towards Galactus, eventually seeing what looks like purple energy waves.

This glitch doesn’t tell us anything new about Galactus or the coming live event. It does, however, seem to tie into a cryptic tweet from Fortnite. Was Epic just being cheeky/celebrating the glitch? Most likely. Still, it’s always fun to speculate about these things; that’s what these vague announcements are made for.

You do know how to drive the Battle Bus.. right?

That’s all we know about the Fortnite Galactus Event (so far). Be sure to check back here for more as things progress.