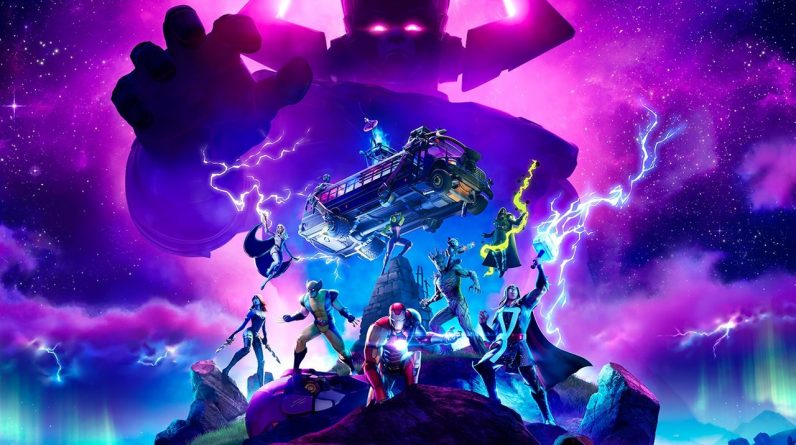 has “many years of Marvel integration” planned beyond the current Nexus War featured in Chapter 2, Season 4 of the game, and has years of general storytelling for the Battle Royale in the works.As reported by Eurogamer, Epic Games Studio’s Worldwide Creative Director Donald Mustard revealed the news as part of his appearance on episode 469 of the This Week in Marvel podcast.

“The reason we called this season Nexus War is that this is just the start of lots of stuff we have planned for many years of Marvel integration,” Mustard told the hosts. “This is not the end, this is the beginning.”Mustard goes onto explain how they teased it with Deadpool and Captain America throughout the year, building up to the introduction of Galactus, who according to Mustard, had been planned even prior to Fortnite’s blockbuster black hole event. “The Zero Point reorganised all the matter around the island and kind of created this new island.”

“Galactus kind of felt this re-organising of reality and was like ‘huh, there’s this energy source at kind of the centre of everything and if I can consume that, I can consume not just the Marvel reality, I can consume everything,’ Mustard continued. “We knew in the background that Galactus is feeling this and is on his way. That was the inciting event that attracted his attention.” Mustard goes on to talk about how Fortnite is a “nexus of all of these realities,” hence the crossover between branded worlds. “We’re only three years into an arc we have way planned out,” Mustard adds.

At a wider level, Mustard explains that Fortnite’s story is planned for years beyond the point it’s reached right now: “What if instead of treating [Fortnite’s story] like a normal narrative, I’m going to create a world where the island is the main character – so I’m going to treat the island like that traditional arc,” he explained. “And we’ve planned it that way. Like, I have the story and the narrative structure planned out for many, many, many years. And we’re only three years in to an arc we have way planned out – like, the big beats of how that’ll work.”

He goes onto explain that there are “big hints” as to the mythology of Fortnite in the current season, but also makes clear that the develoepr works around its audience, too. He points to the community’s conviction that Tilted Towers would be destroyed in2018, and said that Epic purposely made an approaching comet look as though it would hit that location, before veering away.

Fortnite’s current season is rumoured to end in November, at which point we’ll likely learn about the next steps for the metaverse. Fortnite recently added a series of Ghostbusters skins and cosmetics, available for a limited time.