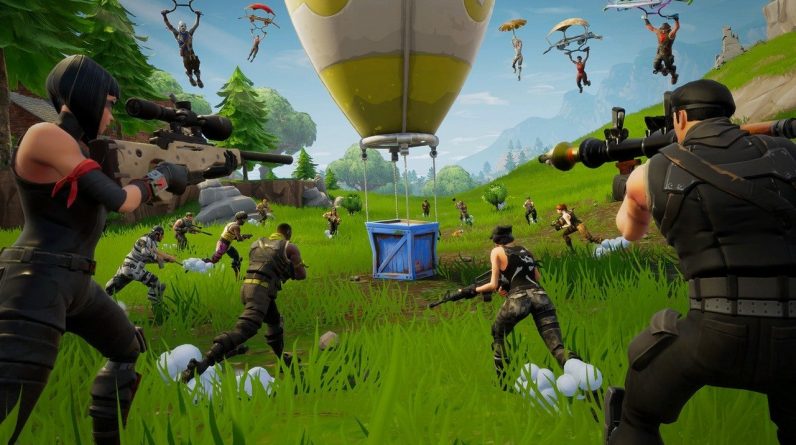 A Fortnite team has reportedly been disqualified from the Fortnite Champion Series after one of the team’s members told the CCO of Epic Games to kill himself on Twitter.
Eurogamer and Dot Esports report that this Fortnite team was last in the current standings of the NA East tournament, which still would’ve entitled the team to prize money. Six matches were left in the tournament when Fortnite player Wrigley targeted Donald Mustard, CCO of Epic Games, on Twitter.

“Like literally f**king k!ll your$elf @DonaldMustard,” Wrigley wrote. The tweet along with the rest of Wrigley’s Twitter account has been deleted.Wrigley’s teammate, Dictate, posted a screenshot of a section of an email on Twitter that claims the team has been disqualified. The email has not been verified and could be fake. The third teammate, Userz, has seemingly confirmed the disqualification on Twitter by denouncing Wrigley’s actions and asking for permission for another player to substitute for Wrigley.

“I wish we would be able to have an Opportunity [sic] for an emergency sub what [sic] wrigley [sic] did was completely out of our control and [sic] we put endless [sic] amount of time into the game for a chance at life changing [sic] money…,” Userz wrote.

I wish we would be able to have an Opportunity for an emergency sub what wrigley did was completely out of our control and we put endless amount of time into the game for a chance at life changing money if you guys could tag @FNCompetitive to get their attention i’d love you https://t.co/lgU5897Zz2

Epic Games has not officially commented on the matter.

Fortnite is about to launch chapter 2, season 6, which will come with Fortnite’s first single-player story event. And players can do it dressed as the Marvel Comics superhero Ant-Man, which has been added as a Fortnite skin.

Petey Oneto is a freelance writer for IGN.