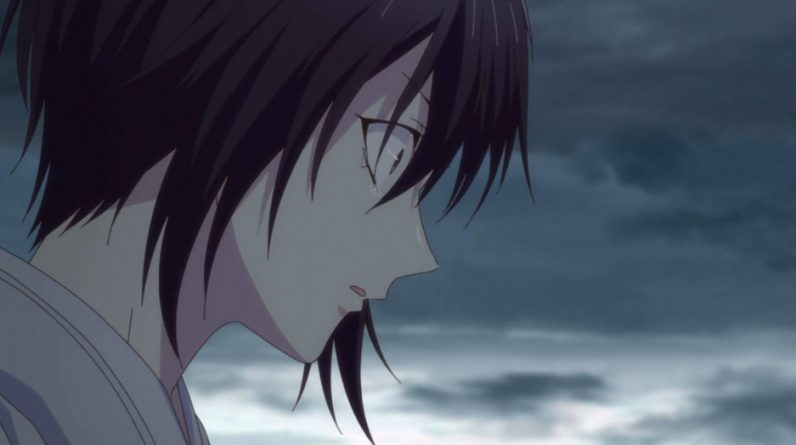 The curse at the center of the anime series Fruits Basket goes beyond the obvious magic that turns members of the Sohma into animals if they hug other people. The Sohmas are all bound to the will and whims of domineering family head Akito, the “God” of the Zodiac, which stops them from forming any other emotionally close bonds. As the main villain of the series, Akito does some horrible things, including but not limited to verbally berating most of the Zodiac members, isolating them from their friends and family, beating a small girl, throwing another girl out a window, locking that same girl up in a shack with limited food and water without telling anyone where she is, stabbing someone, and even blinding a man.

But as the protagonist, plucky orphan Tohru Honda becomes more and more entangled with the Sohma family, Akito’s hold over them is threatened. And in the final season, it emerges that Akito is just as much a victim of the curse as the rest of her family, albeit in a different manner.

Because the God of the Zodiac is traditionally male, Akito was forced to assume the identity of a man for her entire life. She was repeatedly told that people only stuck around her because they were forced to. Her mother, jealous of the close bond Akito shared with her father, was verbally abusive to her. And after her father’s death, Akito became isolated from the rest of the family.

But the problem with the last season of Fruits Basket isn’t necessarily learning why she is the way she is, but what happens after.

Throughout the show, as Tohru bonds with the Zodiac members and they imagine a world free of their curse, everything Akito knows begins to unravel. After meeting Tohru — who is completely and infallibly kind to her, in spite of everything — Akito realizes some people do unconditionally care about others, without the obligations of a centuries-old curse. After an accident nearly kills Tohru, Akito makes the active choice to risk losing the only connections she’s ever really known in order to sever the curse and free the Zodiac members. It could be the first step to her path to redemption.

Except the story stops there.

After setting the Zodiac members free, which comes with big sweeping emotional scenes (and lots of hugs!), she greets them as her true self — not the domineering man most of them assumed she was, but a woman in a flowing kimono. And then after this very general “You’re free!” speech (she can’t even bring herself to say sorry — she cuts herself off at “I’m so—”), she just disappears. She doesn’t even properly apologize individually for all the shit she’s put the Zodiac members through, which is the literal bare minimum she could’ve done. “Hey Rin, sorry for shoving you out a window!” might go a long way, for instance.

To the series’ credit, many of the Zodiac members don’t forgive Akito, and there’s no sign that the creators judge them for that. In the last episode, the Horse of the Zodiac, Rin, says she’ll never be able to forgive Akito, not in the way the others have. Akito recognizes that her family isn’t obligated to exonerate her, and that not everyone in the world will like her. But the series doesn’t take any time to interrogate that line of thought, or consider the aftermath of trauma and abuse.

Most of the Sohmas get together to wish Tohru and her boyfriend Kyo off, except for Akito, who tells her own partner, Shigure, that she doesn’t feel like she should interrupt the festivities. And then they continue on their little date, and Akito is happy for the first time in her life. Which is just a wee bit frustrating — yes, she was traumatized as a child, but she stabbed a man, so it’s weird to see her get off entirely scot-free, except for some lingering guilt.

Sometimes villains should stay villains. (Cough, Cruella de Vil, cough.) Not every villain needs a full-fledged redemption arc. Certainly there are plenty of cases where a baddie staying evil makes for a more fulfilling story. That’s not to say Akito should’ve remained entirely villainous; for the context of this story, actively making the choice to end the Zodiac’s abusive cycle fits thematically.

But the problem is that Fruits Basket is caught in a weird in-between, where we’re expected to feel sympathy for Akito, even though she faces no repercussions. While it’s implied she will eventually make amends and rectify her actions, she doesn’t even start that process within the show. There’s a lot of buildup done to bring her to a moment of taking that first step toward making things right, but the payoff just isn’t there. What could be a fulfilling emotional redemption arc gets shortchanged. Akito stays on the main estate, maintains her position as head of the family, and gets to be romantically involved with Shigure. She stays away from the other family members’ goodbye party, but beyond that, there’s no emotional closure for her actions.

Fortunately, Fruits Basket isn’t her story. While the action heavily revolves around the Sohma family, it’s still first and foremost the story of how Tohru learns to accept that people love her. In many ways, she’s a foil to Akito, another unloved child who feels like a burden to those around her. But instead of being cruel, Tohru chooses to love people no matter what — not just her romantic interest Kyo, but her close childhood friends and the Sohma family, who she connects with through deep, platonic bonds.

Throughout the show, Tohru meets each Zodiac member and gets to know them and care for them. Each of them grow attached to her in a different way, and by the end, she finally accepts that they love her as well. Akito seeking out each Zodiac member and atoning for her wrongdoings would make a poignant parallel to Tohru’s arc. But the story stops there. Tohru’s journey comes to an emotional close, with Tohru moving out of town with Kyo, finally accepting the love others have for her and choosing to do things because they make her happy instead of making others happy. Akito’s possible growth is cut short. It’s a strange severed thought that could’ve bolstered the overarching themes of the show, but never got a chance to.

All three seasons of Fruits Basket (2019) are available to stream on Crunchyroll and Funimation.