Home Gaming News Get Ready to Dig Deep with Surviving Mars: Below & Beyond 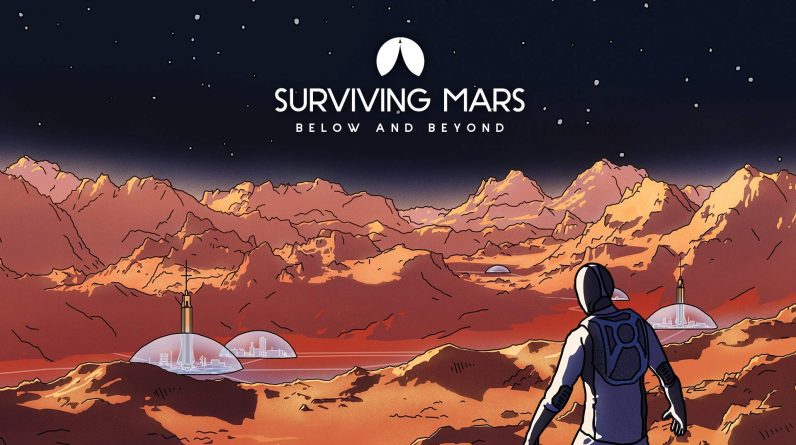 I’m Liz, Product Marketing Manager on Surviving Mars at Paradox Interactive. Get ready, because today we’re taking you where no Martian has gone before!

Below & Beyond is the next expansion for Surviving Mars, and the first for the game in over two years since 2019’s Green Planet! During this time, we threw around a lot of ideas about what’s next for Surviving Mars. While we were brainstorming content, one of the key questions that rang in our heads was not, “What can we do?” but “Where can we go?” Once we zeroed in on ways to expand players’ horizons beyond the surface of Mars, the possibilities were suddenly endless.

I’d like to take you on a quick breakdown of some of our favorite locales, features and mechanics being added to Surviving Mars with Below & Beyond.

Since players have already charted the surface of Mars, we thought about other means of exploration – ways we can introduce mystery and continue the feeling of discovery. Immediately, exploring caves and lava tubes is something that initially just stuck out as the perfect next step for colonization. Not only can players discover more about the Red Planet through exploration, but underground locales provide protection against some surface hazards, like meteors. However, your colonists can also fall victim to natural hazards like cave-ins, and even mental ailments that come from long-term tunnel occupation, including loss of sanity from lack of sunlight.

One of my favorite features in Below & Beyond, and something that came to us early in development, was the idea of being able to mine passing Asteroids. Mining asteroids creates an additional level of strategic gameplay. Players needing to calculate the risk and reward of mining- stay on the asteroid longer to mine more resources, but risk staying too long and you’ll lose your colonists and tools when the Asteroid leaves orbit. There is an auto load feature, which will make the rocket leave automatically when the asteroid goes out of range, but cargo weight limits mean players will often not be able to bring back everything they mine. Manual asteroid management will reward the most resources, but takes more time and attention. It’s quite the strategic conundrum, and I’m excited to see the different ways players approach it.

To unlock all of these exciting exploration features, we’ve added the Recon and Expansion research tree. This tree unlocks access to underground exploration and asteroids, as well as the tools needed to make those treks, including all the fun stuff like reinforced vehicles, buildings, and upgrades. This not only streamlines the exploration process, but weaves together previously unrelated functions to expand player abilities.

Another feature we added that helps build up the intrigue and mystery of Mars are Mini-Mysteries (we went pretty literal when it came to naming). These Mini-Mysteries are little questlines that require the completion of objectives to unlock breakthroughs, technology, colonists, research points, and other surprises. We felt that these mysteries added another level to exploration, and made for more rewarding progressions, rather than just collecting materials or XP.

Well, there you have it! We wanted to give you an overview at some of the features we’re most excited about. Surviving Mars: Below & Beyond is available now on the Xbox Store for Xbox One and Xbox Series X|S. 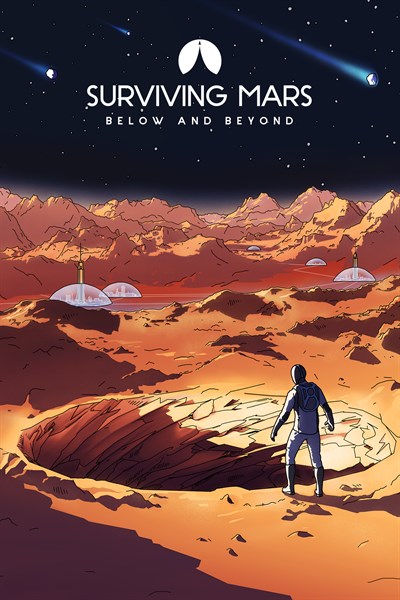 Surviving Mars: Below and Beyond

The era of colonization is over and a new age of exploration has begun. You’ve just scratched the surface of Mars, now get ready to go below and beyond!

Back to the Bases – Expand your colony into caves and lava tubes under the surface. Players can use existing structures, or underground-specific buildings to build a base for exploration. Expand with caution, potential cave-ins can destroy everything.

Mine Your Own Business – Players can now go below the surface and beyond the red planet for resource mining. Construct special rocket-propelled buildings to mine resources, including exotic minerals and Data Samples, on passing asteroids. Don’t stick around too long or else the Asteroid will drift away with your stuff! 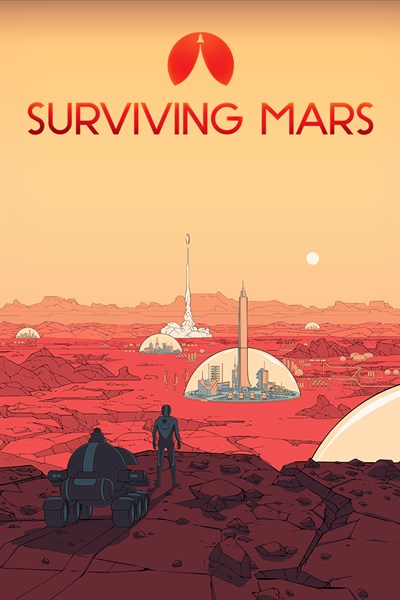 Colonize Mars and discover her secrets, with minimal casualties.

Welcome Home! The time has come to stake your claim on the Red Planet and build the first functioning human colonies on Mars! All you need are supplies, oxygen, decades of training, experience with sandstorms, and a can-do attitude to discover the purpose of those weird black cubes that appeared out of nowhere. With a bit of sprucing up, this place is going to be awesome!

Surviving Mars is a sci-fi city builder all about colonizing Mars and surviving the process. Choose a space agency for resources and financial support before determining a location for your colony. Build domes and infrastructure, research new possibilities and utilize drones to unlock more elaborate ways to shape and expand your settlement. Cultivate your own food, mine minerals or just relax by the bar after a hard day’s work. Most important of all, though, is keeping your colonists alive. Not an easy task on a strange new planet.

There will be challenges to overcome. Execute your strategy and improve your colony’s chances of survival while unlocking the mysteries of this alien world. Are you ready? Mars is waiting for you.

· Building a sustainable colony in space: Building on a planet not fit for human life challenges you to build a smart, functional colony. Bad planning isn’t about traffic jams, it’s about survival of your colonists. You really don’t want rolling blackouts in a city constructed in a place without oxygen.

· Individually simulated colonists: Each colonist is a unique individual with problems and strengths that influence the needs and behavior of the other colonists. Things can get really interesting if your chief scientists develops alcoholism after one too many long nights in the lab.

· Futuristic Space Dome construction: Retro-futuristic super structures housing colonists, factories and commercial buildings with their own “neighborhood personality.” Create colonies that value science over everything else, while tired workers drink their pay away at a local bar, or attempt a utopia among the stars.

· Exploration of Mars’ secrets: Inspired by the classic sci-fi of Asimov and Clarke, Surviving Mars holds many secrets. During each playthrough players may encounter one of Mars’ individually crafted mysteries. Uncovering these secrets might bring your colony great fortune, or terrible ruin.


· Randomized research tree: Combine static and random research through exploration, which allows for a different experience for each journey through the game. Attain new scientific breakthroughs by exploring the uncharted terrain of Mars’s surface.

· Unique retro-futuristic aesthetic: A sleek, modern take on the bright futurism of the 1960s. A time of exploration and adventure.