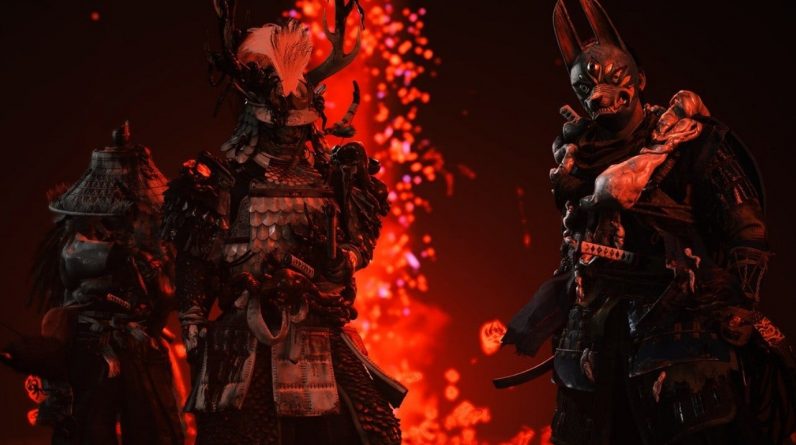 Ghost of Tsushima: Legends, the cooperative multiplayer mode launching today as a free update for GoT players, may be coming after the initial game’s release, but some form of multiplayer has been part of the Tsushima vision since the start.Speaking to IGN ahead of Legends’ launch, Sucker Punch’s Darren Bridges, the lead on Legends, explained how, while the concept for Legends came some part into development, multiplayer was always considered a “pillar” of the game.“From the very beginning when Nate [Fox] and the team pitched Ghost, we knew that we wanted cooperative multiplayer to be a pillar of the game,” Bridges explained. “We probably spent six months to a year thinking about different ideas… and ultimately we came to Legends. We’ve been working on it really in parallel, both on the engine side and the content side from the beginning of the project.”

But of course, one major way in which Legends deviates from the core Tsushima experience is in its exploration of supernatural myth in a very real way that Jin Sakai’s main story doesn’t.

“We at the studio like supernatural stuff, but Ghost of Tsushima from the beginning was a very grounded experience. That was a core thing that we wanted to get right. So when we batted around different ideas for multiplayer, Legends rose to the top, in part because it allowed us to connect to Jin’s story without [the player] being exactly Jin,” Bridges explained. “It allows us to also have the freedom to have cooperative abilities that players can use. We have supernatural elements that allow us to be more flexible with the fiction and the abilities and the techniques, all the way down to the cosmetics. And it allowed it to fit nicely in Jin’s story because these are Legends, these aren’t grounded. These are separate, these are Legends that are told by a storyteller in Tsushima.”As confirmed before, players will be able to access Legends either via in-game menus or by finding this new storyteller, who is being added to Tsushima alongside the rest of the robust 1.1 update, which includes New Game+ and more. And game director Nate Fox explained how New Game+ came about, in part, because the the fans asking for it.

“We want to give people New Game Plus because, frankly, people were clamoring for it. We kept getting requests, ‘I want to go in through the story again, I’ve got all of these abilities, I want to use them and experience some of these missions or some of the Mongol encampments.’ And so we came at it being very focused on delivering what we were being asked to do, which was let people have more time with their character that they’ve developed and with the equipment that they’ve earned,” Fox explained, noting that they also wanted to offer something new to the experience for players to discover, which led to the addition of Ghost Flowers and a new merchant.

The mode will also increase enemy strength from the get-go, so players can really put their maxed out character builds to the test.“We wanted to bring up the level of the enemies and their aggressiveness, the speed, to match your level of power. Of course, if it’s too challenging, you can always ratchet up or down the difficulty in the game and New Game Plus, but we’ve tried to equalize the enemies to match your level of progression,” he said. But also, players, by the time they get to the end of the single-player game, they’re really skillful, and there is a strong element of skill that allows you to succeed at the game. You can’t just mash your way through it.”