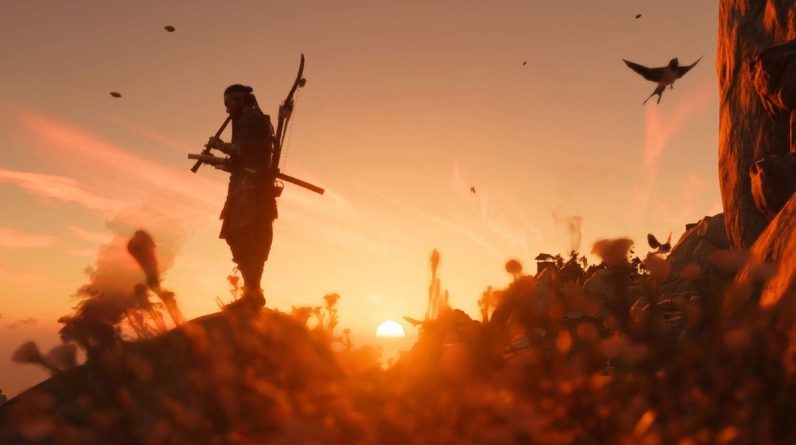 Ever since Assassin’s Creed started leaping from ancient Jerusalem to renaissance Italy to colonial America and beyond, there has been a longstanding itch to see the open-world stealth-action series take on feudal Japan. Consider that itch sufficiently scratched with Ghost of Tsushima. Sucker Punch’s latest is an absolutely gorgeous adventure through one of history’s most strikingly beautiful landscapes, and that beauty is compounded by one of the best blade-to-blade combat systems the open-world action genre has seen. There are some stumbles when it comes to stealth, enemy AI, and a few general minor frustrations, but for just about every moment where Ghost of Tsushima falters, there are plenty more where it soars.

Ghost of Tsushima is a fictional tale told with fictional characters, but it’s based on the very real invasion of Japan by the Mongol Empire in 1274 that began on the Island of Tsushima. You take control of Jin Sakai, capably acted by The Man in the High Castle’s Daisuke Tsuji, who starts off as a samurai before a disastrous battle against the invaders quickly teaches him that perhaps the honorable but restrictive ways of the samurai code might not be enough to deal with this new and existential threat.

Ghost of Tsushima revolves around this inner conflict as Jin’s formative teachings push up against his need to save his homeland at any cost, and though it takes a little while to really get going, it’s a compelling struggle. Even if Jin himself isn’t the most charismatic of protagonists, his foil, Khotun Khan, played by Glee’s Patrick Gallagher, has charisma in spades. He’s one of the most memorable game villains of recent memory thanks to his soft intensity that is oddly calming despite his terrifying intentions. He’s extremely cunning, always one step ahead, and his presence as the “Big Bad” is a large part of why Jin’s 40 to 50-hour quest for vengeance works so well.

Khotun Khan is one of the most memorable game villains of recent memory.

As good as the English voice cast is, though, it’s a shame that Sucker Punch wasn’t able to find a way to have the performance capture match the Japanese voice acting as well. As a result, if you choose to play with the excellent Japanese audio track, which features the outstanding Kazuya Nakai as Jin, it comes off as a comparatively cheap dub with wildly mismatched lip flaps and facial expressions that don’t mirror the emotion in the voice. It’s not a huge issue as it’s still well worth playing in Japanese – and you have the option of enabling the beautiful Kurosawa Mode, which puts a film grainy black-and-white filter over everything to match the style of the classic Akira Kurosawa movies that Ghost of Tsushima so effectively pays homage to. I wouldn’t recommend playing the whole campaign in Kurosawa mode, as there are some quests that demand some color recognition, but it’s a great visual effect to turn on every now and then.
What isn’t ever a bummer is the music. The dynamic score seamlessly shifts from quiet and ambient shakuhachi flutes during stealthy moments to thunderous taiko drums once blades start clashing; tense encounters are made even more palpable thanks to increasingly speedy strums of biwas and shamisens. Overall, it doesn’t matter what you’re doing – the music always fits and serves to enhance whatever emotion the gameplay and the cinematics are trying to evoke.

Ghost of Tsushima’s combat is like a witches’ brew made with bits of the Batman Arkham series, the pre-Origins Assassin’s Creeds, Sekiro: Shadows Die Twice, and the entire library of Kurosawa films. And, as witches’ brews tend to be, the result is magical. Like all great combat systems, it’s simple to understand on a surface level: there are light attacks to quickly deal damage and beat out slower strikes, heavy attacks that deal more damage and can break through enemy guards, a block button to guard against certain attacks, and a dodge button to avoid the attacks that can’t be guarded.

That probably all sounds familiar, but the glue that holds this combat system together and allows it to remain interesting the whole way through is the addition of the stances you can shift between at the push of a button. As Jin completes certain tasks, he’ll unlock new sword stances that each come with their own movesets, and, more importantly, their own strengths versus a particular type of weapon. The starting Stone Stance is ideal for dealing with swordsmen, as one charged-up stab attack can sneak through their guard and either kill them outright or deal massive damage. Later on you’ll learn the Water Stance, which uses slower but more powerful strikes that can break through the defenses of shield-wielding enemies.

Tales of Tsushima typically reward you with charms that boost a certain aspect of your character, allowing you to spec into specific character builds like stealth, tanky, or a focus on critical hits, and so on. In the early going these charms were a great incentive to complete sidequests, but once I had pretty much all the charms that were needed later on, these Tales of Tsushima sidequests lost much of their appeal from a reward standpoint. I lost the desire to seek them out.

The Mythic Tales sidequests are some of the best moments in all of Ghost of Tsushima.

Finally, there are the Mythic Tales. These are epic sidequests that have you hunting down legendary techniques or pieces of gear, and they’re obtained by listening to a musician tell the legend of whatever it is you’re seeking to earn, shown through some extremely cool animated sumi-e cutscenes. From there, they sprawl out to epic quests that each vary wildly in their design, but all are well worth playing through. Especially because their rewards are among the best boons you can get, whether it be the Heavenly Strike special move that has you channeling your inner Kenshin Himura as you dash through an opponent with a lightning-fast sword strike, or a new piece of high-quality armor that grants powerful perks like stand-offs having a chance to terrify enemies and cause them to run away. But even without those incentives, these quests are still some of the best moments in all of Ghost of Tsushima.

My favorite thing about exploration, though, and something that I especially appreciate as someone who’s not typically big on collectibles, is that every major collectible has both a worthwhile reward and a fun mini challenge tied to it. I was always extremely eager to find new Bamboo Strikes, not only because they gave me more resolve (a resource needed to heal and use special moves) but also because I just loved doing the little button-press minigame required to collect them. Shrines are even better because in addition to being the only place where you can find major charms (which offer dramatic buffs and perks strong enough to potentially design a whole character build around) they are also the only areas that you’ll be able to find those signature Sucker Punch platforming sections familiar from the Infamous or Sly series.

The minor collectibles, like Mongol artifacts, journal entries, sashimono banners, and pillars of honor, are less exciting – they only offer some minor cosmetic items or flavor text. But they are plentiful enough that they still provide some added value for trophy hunters – and at least Ghost of Tsushima makes hunting them very easy thanks to the ability to quickly fast-travel to any discovered point of interest on the map.

After reaching the credits, I still eagerly put in another 15 to 20 hours to finish up.

It took me between 40 and 50 hours to play through Ghost of Tsushima (it’s hard to say for sure as it doesn’t track your time played), which included completing all of the Mythic Tales, a complete liberation of Tsushima from Mongol control, all of the multi-part supporting character sidequests, and most of the of the standard Tales of Tsushima. After reaching the credits, I still eagerly put in another 15 to 20 hours to finish up the remaining sidequests (except one that is apparently bugged for me, but Sony says will be fixed in a pre-release patch) and find all of the collectibles in the hopes that the final reward would be worth it. It wasn’t, which is a bummer because there’s otherwise not much to do in the post-game – no New Game+ and no unlockable difficulties for a second playthrough. It’s a bit aggravating that even if I did decide to just play it again (in Kurosawa mode, for instance), you still can’t skip any of the cutscenes.

Finally, can we talk about photo mode for a second? Because Ghost of Tsushima’s photo mode is the one of the best I’ve ever seen. Partially because the world is just so pretty that it lends itself well to being captured in its natural beauty, but also because of the unique touches that Sucker Punch added, like the ability to have animated background environments or to add a large selection of particles like leaves, fireflies, or even songbirds. You can change the weather, alter the time of day, add clouds, create a camera flight path to create short videos – and all of this on top of all of the essential photo mode options like exposure sliders and filters that have become standard. My one disappointment is the fact that the customizable emotions that you can put on Jin’s face could stand to have a little more… well, emotion. But nonetheless, Ghost of Tsushima’s photo mode sets a new high water mark.