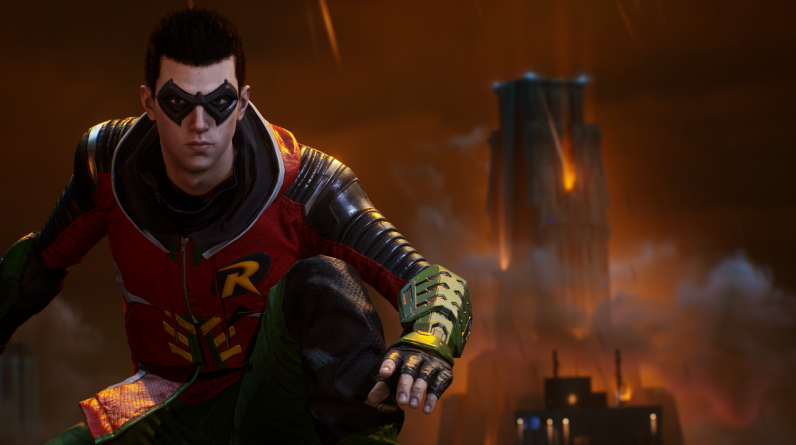 WB Games Montréal has explained a little more about the different combat styles of its four heroes, Red Hood, Nightwing, Robin, and Batgirl.In a previous interview with IGN, creative director Patrick Redding made clear that all four characters would use melee and ranged weaponry, as well as special abilities. In a new interview summarised by the PlayStation Blog, Redding explained how, despite the similar set-up, the four characters would fight differently.

“Red Hood is a brutal brawler with a focus on gunplay. Nightwing’s acrobatics lead to a more exaggerated style of fighting, while the current Robin favours stealth and is a dab hand at using status effects to disrupt enemies. And Batgirl? ‘She combines a laser-focused, targeted and efficient melee fighter approach with a lot of resilience and the ability to weaponize her environment using hacking,’ says Redding.”While we knew that each character would utilise different weapons, this is our first hint at how the characters’ innate strengths will be used in moment-to-moment gameplay. Speaking of those weapons, we’ve also learned that the neon indicators we saw on each one are actually gameplay-related, rather than simply colour-coded for aesthetic reasons.

“It’s a very important platform for us to deliver game information,” explained Redding. “Some of those visual effects tell you what damage type you have equipped on your weapons. So it’s a way for the player to receive signs of feedback… that lets them know what protection they have, what they’re going to use against their enemies, both in terms of ranged and melee attacks.”

Redding has previously told IGN that players can choose to play as a single hero for the entire campaign, or switch between them by heading to the Belfry headquarters location – different playstyles and status effect-related gear makes clearer the benefit of switching characters, given that some may offer different approaches to specific challenges along the way.

We’ve learned a lot about Gotham Knights since it was announced at DC Fandome, from why it’s killed off Batman, how it’s set in a different universe, and why it definitely isn’t a game-as-service.