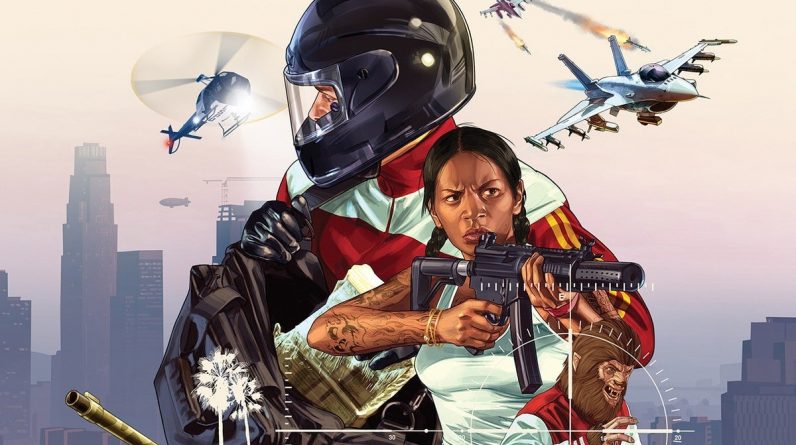 It’s a dirt road that kind of looks like a Roman numeral. In the doldrums of the Grand Theft Auto hype cycle, that alone is enough to get excited about. Here are the basics: Rockstar released a typically cryptic teaser for its next batch of GTA Online

content. In it, the ever-elusive company revealed that the upcoming expansion will add a new landmass to the existing Los Santos map, possibly in the form of some offshore island. During that teaser, the coordinates “38.527,-79.6129” briefly appear on screen. Dump those numbers into Google Docs, and you’ll see Middle Mountain Trail, right on the shaggy border between Virginia and West Virginia. Zoom out, and take it all in. There’s a hairpin turn that, when viewed at a precise angle, seems to form a “V” and then an “I.” V. I. VI.

Grand Theft Auto is a series filled to the brim with innumerable easter eggs, conspiracies, and urban legends. But this, a potential GTA 6 announcement confirmed through literal geography, seems like the most brazen by far.

Before we dive into all that, we need to cover some caveats. Would Rockstar really announce something as massive as a new Grand Theft Auto game through an arcane scavenger hunt deployed in a trailer for a seven-year-old game? It’s extremely unlikely that the cosmopolitan franchise is headed to agrarian Appalachia, anyway. So why would the company choose a random Virginia township to drop a hint? Is this just a gigantic coincidence? Were those coordinates added at complete random by some video editor as some extra flavor, only for the desperate wishful thinking of the GTA fandom l to fill in the gaps?

Maybe it is intentional, as Rockstar rarely does things by accident, and it means precisely nothing.

Or maybe it is intentional, as Rockstar rarely does things by accident, and it means precisely nothing. At this point in time, the development of GTA 6 is a badly kept secret. Maybe Rockstar just wanted to mess with its fans.

Another frequent poster is a skeptic. He’s stared at that alleged “VI” long and hard, and hasn’t been able to see what everyone else is seeing. “It looks more like a reversed N or Z,” he says, in an interview with IGN. “The coordinates most likely have something to do with the upcoming GTA Online DLC, which is disappointing, but expected.”

That said, even the most ardent GTA doubters can’t help but theorize on the side. The poster does have their own pet theory. In the future, he explains, maybe Rockstar will make a trip out to those coordinates to emboss a definitive, unambiguous Grand Theft Auto insignia for all to see. “Perhaps they are in cahoots with Google Maps and will request a satellite image update after they have changed the roads in this area,” he explains. “Which would be a really neat tease for GTA VI.”

All of this avoids the most likely scenario — that Rockstar just wanted to have a little fun, and the eventual announcement of the next Grand Theft Auto will materialize in a much more conventional way. My guess is that in the coming years, you will wake up, grab your phone, and find a 90-second announcement trailer already bouncing through your timeline. All of the memories of the Middle Mountain Trail will fade into memory, as the world gets the first glimpse of the game they’ve been waiting for. But Grand Theft Auto zealots are used to these wild goose chases. There is still a vibrant community dedicated to unraveling the mysteries that grip Mount Chilliad in Grand Theft Auto V. (For that matter, we never did find BigFoot in San Andreas.) Those legends, the clues and gestures that teeter between myth and reality, are what makes the GTA franchise so inscrutable. For as frustrating as the misdirection might be, the people on r/GTA6 live for this stuff.

“The fans love Rockstar’s games and want everything out of them, but the company makes this hard to do as they put so much detail and small mysteries that evolve over time,” says the frequent poster. “I think they realized that people really liked them as early as GTA Vice City, where there were conspiracies of Scarface appearing somewhere in that game. Rockstar went full blast [with their crypticness] for the last few games. With how popular they are, it leads to more outspoken theorizing communities, when others are more reserved.”

The mod agrees. They tell me that this Virginia diversion will go down as just another part of the lore. With just a handful of Google Map coordinates, Rockstar is capable of setting their loyalists on fire. “It’ll be a fun thing to look back on in 10 years or so,” they say. By then, the subreddit will have likely moved on to the next urban legend.