Home Gaming News How It All Started for Cardaclysm: Shards of the Four 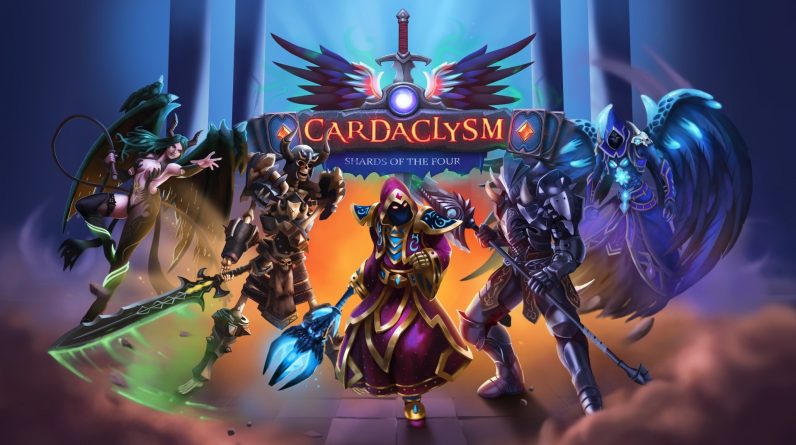 When I was a little kid, we used to sit around on a blue carpet with my brother and we spent countless hours playing collectible card games. I remember some of these games having quite serious resource management aspects to them, which was simplified significantly when digital card games became popular.

As I was growing up, I’ve played quite a few of these digital card games. The idea for Cardaclysm (or Shard as it was called back then), was that I wanted to see the cards I’ve played in 3D, fully animated, reacting to my attack commands or being hit. I also wanted to add a more serious version of resource management, much like those card games I’ve played growing up.

Shard started out as a quick prototype, and at first, it was only about the battles. I wanted to design a new multiplayer card game. In addition to the different take on resource management, I also wanted creature upgrades to be a central feature. By summoning two creatures to the same battlefield slot, you could get an upgraded, more powerful version of that creature.

A few years ago, as digital card games became more and more popular, it became clear to me that making a multiplayer card game as an indie developer was no longer a feasible option. Most multiplayer indie games like this end up shutting down their servers and then years of work gets thrown out the window. I instead opted to extend the game concept with a world map and steer it towards a single-player experience with slight RPG elements.

I’ve rebuilt the Shard prototype to include a tutorial map and one random generated forest map. It included random encounters and very early versions of the deck and upgrade systems. Once I completed this demo, I sent it to Headup (my publisher) to check it out. I also included a single boss in the game, a fiery demon called the Infernal.

The Headup guys were great, they gave valuable feedback right away and some of their staff got hooked on Shard pretty quickly. They recommended that we include the four horsemen of the apocalypse as main bosses instead of just the Infernal. The name Cardaclysm was born and we hired more artists to complete more than 100 cards planned for the game.

Fast forward roughly two years and we’ve vastly exceeded that plan with over 240 cards and 40 artifacts. I’m really proud of what we’ve created and how far the game has come since that small initial prototype. I hope we can extend the game even further at some point as I have a lot of ideas where to take Cardaclysm next.

Cardaclysm: Shadows of the Four is available today on the Xbox Store for Xbox One and Xbox Series X|S. 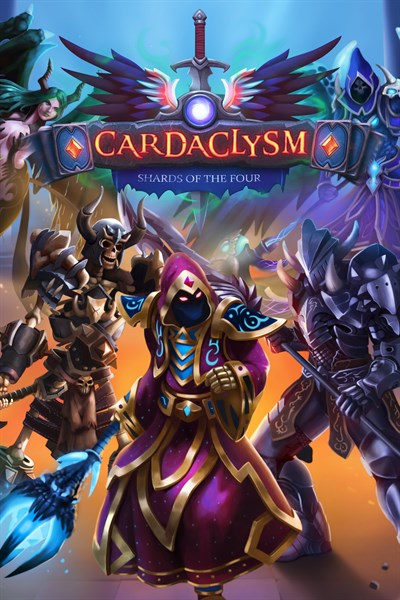 Cardaclysm: Shards of the Four

You are a dark wizard who shouldn’t have tinkered with magic and spells way too powerful for you. But you did. And this time you messed up really bad: You’ve unleashed The Four Horsemen of the Apocalypse and their minions upon the World! Well done… So hurry, grab your magical cards and send them all back to their hellish dimension before the Apocalypse destroys everyone and everything – and much more importantly, before the old wizard council discovers what you have done…

Cardaclysm: Shards of the Four is a procedurally generated collectible card game mixed with action RPG elements!
Collect creature and spell cards throughout your journey and unleash their power if anyone opposes you!
The game’s world is endlessly generated, there’s always something new to explore!

Battle
Collect, combine and unleash the great powers of monsters, mystical creatures and magical spells in turn-based card battles! There are more than 200 cards in Cardaclysm: Shards of the Four, each with its own unique abilities, art and 3D animation!

Biomes
Face and fight your opponents in arenas located in different biomes: Make your way through burning deserts, eternal ice or dense jungles – but watch your step: Deadly monster encounters are lurking behind every corner!

The Pub
Visit the Interdimensional Pub between your quests: Take up and complete challenges, trade powerful cards and store your excess spells in your personal chest until you use them in your next epic card battle against the forces of the dark realms!