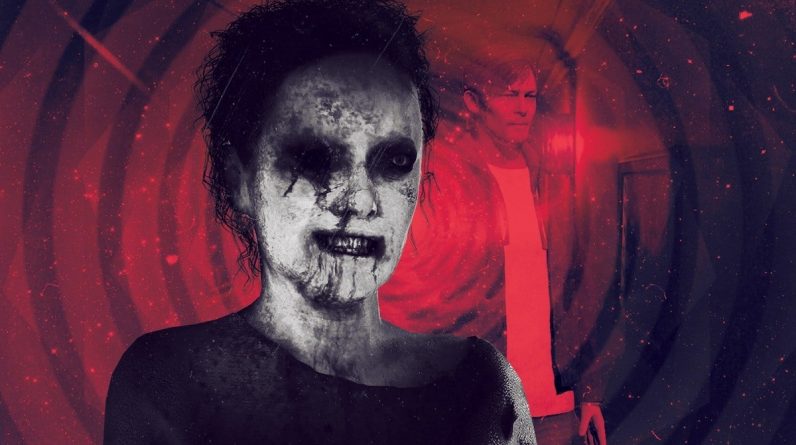 The internet as we know it has largely done away with the concept of video game urban legends. Sure, there are always rumors about video games in development, but the hidden characters and bigfoots (bigfeet?) in the Grand Theft Autos and Mortal Kombats of the late ’90s and early ’00s have all but vanished. It used to take months of dedication to learn about everything a game’s developers hid in its world. Now, the moment a game is released, everything there is to know about it is available on YouTube, message boards, and very helpful wikis – but it was this sort of accessibility that proved crucial to Hideo Kojima’s short-lived Silent Hills demo reviving that feeling of communal awe, and what ultimately led to P.T. becoming a modern-day urban legend of its own.

The circumstances of its release alone are almost enough to make P.T. a true internet-age urban legend: a mystery game that fell from the sky and was secretly a demo for a Kojima-directed Silent Hill reboot. When Konami stealth released it as “just some random free horror game” on the PlayStation store in 2014, it tapped into a feeling of discovery many players had never experienced firsthand. And, with its uniquely intricate puzzle mechanics, the “prestige” of P.T. could not have been executed successfully in a world before Twitch streaming and message board sleuthing had become the norm. It wouldn’t have been solved nearly as quickly and would have likely turned off a huge portion of players due to its obscurity.

Even at its initial launch, there was an air of mystery to P.T. that most games lack. In marketing, it is paramount to let the consumer know what your advertisement is selling, but even for a piece of “viral” marketing P.T was unafraid to remain shrouded in mystery for as long as it took players to complete it. The very first mystery of P.T. ‘s legacy was, extremely appropriately, “what is P.T.?”Answering this very basic question required, as it turned out, solving the game’s series of increasingly cryptic puzzles. To even fully understand what the game was a teaser for – that it was a teaser at all – players had to solve the game. And to do this, they would have to collaborate. Solutions to puzzles in P.T. required using unusual methods of control like forcing players to remain motionless during a series of controller vibrations or using the PS4 Dualshock microphone to speak to Lisa. This specific mechanic ended up playing a role in the final puzzle solution on the Twitch stream where P.T. was finished for the first time.

The Secrets of Silent Hills

Once the attached trailer for Silent Hills was uncovered, there were still plenty of debates online about just how, exactly, you solved the puzzle – and the Playable Teaser still had plenty of hidden details to discover over time. Just last year, it was revealed that P.T. contained a version of a town where it looks like Silent Hills would take place. It was just a skeleton for a town, never intended to be seen by players, but it proved that around every corner, there were still secrets to uncover, even five years after its release.

“So many powerful moments in the title exist only as a few interesting shadows, sounds, or glimpses of something in the distance,” Says Lance MacDonald, the modder who discovered the hidden city, “so it’s always been a game begging to put under a microscope to see what’s really happening.”But even after P.T. ‘s true identity as Silent Hills was revealed, it was far from over. In 2015, P.T.’s existence would cement its status as an urban legend. Before being taken down from the PlayStation store, P.T. had gained critical acclaim and a fanbase dedicated to scouring it from top to bottom for clues about the upcoming full game. It had reached over 1 million downloads in the first month it was available. And then, in one of the most shocking video game industry moves of all time, Konami turned P.T. into a ghost.

Hideo Kojima and Guillermo Del Toro’s Silent Hills was officially canceled in April of 2015. P.T. was removed from the Playstation store immediately after this announcement and suddenly, the game was a rarity. A PS4 with P.T. installed became the most valuable item in gaming (at least before the last surviving Nintendo Playstation was auctioned off for a staggering amount), some going for over $1000 on eBay. Sure, there are some games that were manufactured in limited quantities and MMOs that have shut down and are no longer for sale, but no game has experienced the same turn of events as P.T. Its value was no longer intrinsic to the cryptic social experiment that was the game itself; P.T. ‘s value had become material and, for a moment, it was worth more than some of the rarest video games of all time.

Suddenly P.T. wasn’t a teaser for an upcoming game, but the relic of a dead one – and this development seemed to only spur fans onward. All the secrets and clues that were still hidden within its looping hallway took on new meaning, and this added layer of intrigue has kept fans digging into its code to this day.

Whether intentional or not, P.T. confronted its players with mysteries that will never have a concrete answer, because unlike most video games, those answers don’t exist — even if they were eventually supposed to. Basic questions that a full-length title would answer – “what really happened to Lisa” or “what happened to the child?” – are left mostly to the imagination, but P.T. gives just enough information to let players make informed speculations. The game world itself, the looping hallway, is never explained – is it purgatory? Or perhaps a coping mechanism for the protagonist to process his past trauma?

According to MacDonald, it was these lingering questions and the enthusiasm of the fan base that propelled him to take P.T. on as a modding project, attributing the obsessive nature of its online community to the teaser’s hesitancy to show its true colors.

“The horror of P.T. is incredibly effective in a way that is mostly unknown. After a playthrough, the game practically begs the player to think more about what they just experienced and try to make more sense of it. No matter how closely most players look, P.T. is very hesitant to reveal its secrets,” MacDonald said, “this creates a kind of fanatic desperation where the online community refuses to stop searching for answers because the game does such a fantastic job begging us to come looking for them.”

We’ll probably never see Hideo Kojima’s Silent Hill come to pass – regardless of the rumors constantly swirling around the subject – but P.T. will always hold a special place in gaming history. Even in its relative brevity, P.T. made a stronger case for how games connect us to one another than Kojima’s 50-hour treatise on those themes in Death Stranding ever could. Sure, hamfisted metaphors and dedication to cinematic storytelling can be engaging in their own right, but they also bog down a game that is ostensibly about how your actions in the world affect others – both NPCs and real players alike.

25 Scariest Games of This Generation

But even with connection at the center of its gameplay – building bridges was literally a core mechanic – Death Stranding doesn’t accomplish with its sprawling world what P.T. did with just one hallway. Its design asked its players to solve its puzzles in a way only made possible through collaboration, and to spread its secret by actually connecting with other people. It may have spread faster than the playground rumors of secret fatalities and Konami codes, but P.T. has become the first urban legend of the modern era of gaming.
Bryn Gelbart is a freelance writer who has written for Business Insider, Indiewire, Game Rant, and others. You can find his thoughts on games and emo revival bands on Twitter.