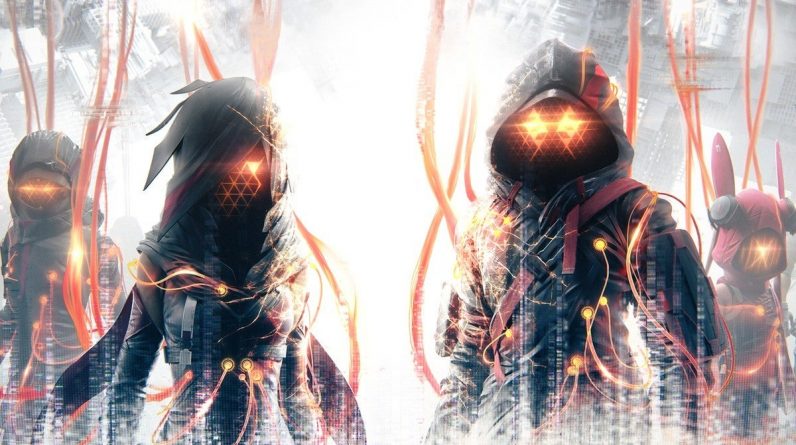 In Scarlet Nexus – Bandai Namco’s anticipated title that is being developed for current-gen and next-gen consoles as well as PC – players will slay over-the-top monsters by combining sword attacks with extra-sensory powers in an insane SF “brain-punk” world. In IGN’s Gamescom preview, we called it a “stylish, flashy, and edgy action-RPG”. However, during IGN Japan’s Tokyo Game Show 2020 interview with producer Keita Iizuka and director Kenji Anabuki, we learned that there might be more to the RPG side of Scarlet Nexus than meets the eye.With Anabuki having worked on the Tales series for many years, this might not come as a surprise, and Iizuka says that while the game’s setting and battle system are completely new, he believes that Scarlet Nexus will be highly enjoyable for fans of the RPG genre. “Until now, we have mainly shown the game’s action parts, but of course there is also a rich story and you will be fighting along with other party members in typical RPG fashion.”“Since my origins as a developer lie in the RPG genre, I wanted to make sure to implement elements that I am experienced and confident with. So you can expect to enjoy story, character customization, communication between characters and such as well,” Anabuki told IGN Japan.

Furthermore, Anabuki explains that the game will also incorporate exploration elements in which protagonist Yuito Sumeragi has to put his psychokinesis into practice outside of battle as well. All of this doesn’t change the fact that Scarlet Nexus’ battle system is fast-paced real-time action, but Anabuki mentions that it is balanced so that even players not used to playing action games should be able to enjoy and beat the game.

You won’t be able to completely customize your own party, but you will be able to decide which party members you want to learn more about. By communicating with these characters, you can learn their backstories while they will obtain new abilities, which Yuito Sumeragi can use himself as well through a system called “brain link”.

During IGN Japan’s TGS live show, Iizuka and Anabuki also explained how Yuito Sumeragi’s psychokinesis allows the player to smash objects as big as a bus into your enemy, how the creepy looking monsters called the Others came to be, why they wanted to create a game that incorporates supernatural powers in the first place, and much more.

Scarlet Nexus is in development for PS4, PS5, Xbox One, Xbox Series X/S and PC.