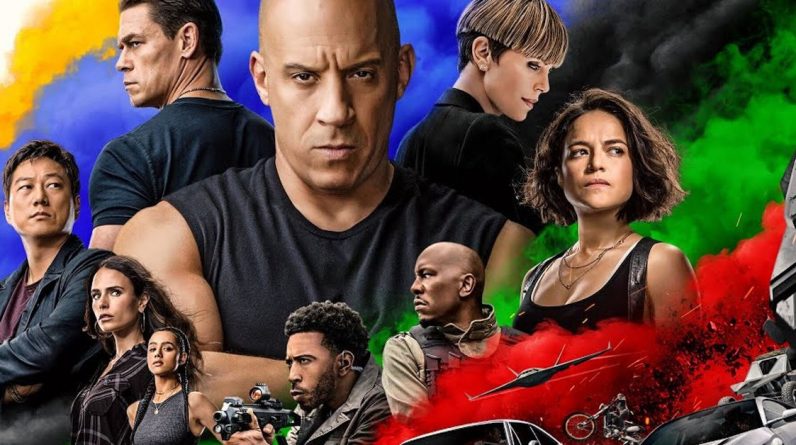 Over the past decade, the unprecedented box-office takings for Disney’s Marvel Cinematic Universe films have ensured that blockbuster cinema has almost exclusively become the domain of the superhero. All the major studios have attempted to follow the gold-brick road: some directly, with superhero franchises of their own, such as Warner’s DCEU and Sony’s freshly renamed SPUMC, and some tangentially, by creating an interconnected universe of recurring characters to draw on, or by applying the Marvel format to films that used to be run-of-the-mill action flicks.

The heart of this format is the MCU’s bright, polished, CGI-driven aesthetic, which permits only the lightest flavors of each entry’s directors, maintaining a smooth and consistent visual style underpinned by lively color palettes, large setpieces that make full use of their characters’ super-status, and a straightforward approach to filmic time, cinematography, and editing. The universe’s heroes are attractive and safe, doing and surviving things physically impossible for the average Joe, aided by all manner of futuristic technology and suitably altered physical laws. This glossy, all-encompassing mode brings together marketing, merchandising, and everything seen on screen into one neat and easily digestible package, using a simpler cinematic language that funnels the features into one continuous stream of boundaryless cinema.

In this superhero age, some of the grittier franchise vehicles, like James Bond and Jason Bourne, have managed to maintain their unique style and sense of danger. Others, like the Mission: Impossible movies, whose characters fit comfortably in a world of superweapons, martial arts, and feats of inhuman endurance, have adjusted accordingly. But where the Mission Impossible series has retained a strict internal consistency with its action and its characters’ abilities, the Fast & Furious franchise has become loose and amorphous, going where no street racer from suburban Los Angeles has ever gone before.

As the Fast & Furious series has developed over the past decade, Universal Studios, director Justin Lin, and producer-star Vin Diesel have mimicked, defied, and attempted to outdo Disney’s central franchise, all in the name of a record-breaking payday. The Fast series hasn’t just adopted Marvel’s focus on team-ups and universe-building, it has been imbued with the MCU’s cinema-dominating scale, style, ethic, and aesthetic, making it nigh-indistinguishable from a superhero franchise. But in the process, it has wound up clumsy and episodic, with the trend toward physics-defying superhero actions and scenarios never fully ringing true. Though 2021’s F9 isn’t the first example of Universal playing Marvel’s game, its box-office returns suggest it won’t be the last, either.

The Fast franchise began 20 years ago with The Fast and the Furious, a testosterone-and-gasoline flick that follows underground street racer and notorious electronics thief Dominic Toretto (Vin Diesel), his crew, and Brian O’Conner (Paul Walker), the undercover LAPD officer trying to bust them. Sleek cars and low-stakes action thrills were the established template for the first few installments, with Brian returning alongside new faces Tej (Ludacris) and Roman (Tyrese Gibson) for 2003’s 2 Fast 2 Furious — a film whose title alone earned its place in the pop-culture canon — followed by 2006’s standalone Tokyo Drift, which brought in Sean (Lucas Black) and Han (Sung Kang).

After the critical and commercial failure of the third film, Universal had nothing to lose on an ailing property, and it let Tokyo Drift director Justin Lin take the helm again. Re-enlisting the original cast, Lin broke that era’s all-time records for the highest-grossing spring opening weekend with 2009’s Fast & Furious, which left the series open enough to support a sequel, while also setting the stage for the weapons-grade silliness that followed.

At the same time, the MCU was gearing up with 2008’s Iron Man and The Incredible Hulk, 2010’s Iron Man 2, and 2011’s Thor and Captain America: The First Avenger, packing together a universe designed to provide solid foundations for the franchise’s cornerstone picture: 2012’s The Avengers. While this release was planned from the beginning, touting the biggest cinematic team-up ever witnessed, 2011’s Fast Five beat it to the punch.

It’s largely regarded as the transitional film of the series: Justin Lin used this entry to abandon car racing and lean into the franchise’s more accessible action elements, with an all-star cast that brought back Gisele (Gal Gadot), Han, Roman, Tej, and Vince (Matt Schulze) from the previous films. Fast Five set new financial records for both franchises, and Lin even included a mid-credits stinger (the resurrection of Michelle Rodriguez’s Letty) — a device the MCU movies had made a mainstay, beginning with Nick Fury teasing the Avengers Initiative in Iron Man.

Untethered from their roots as down-to-earth street-racing movies, the Fast films now had free rein to give their main cinematic competition a taste of its own medicine, bringing that CGI-driven aesthetic the franchise had been flirting with into focus. Where F5 was an evolution, 2013’s Fast & Furious 6 began a separate species. Though its world was always neon lights and glistening skin, the Fast & Furious aesthetic became glossy to the core, its settings lavish and otherworldly, its near-invincible characters now defined by their ability to fend off military-trained supervillains in every corner of the globe, rather than by their skill with a tuner, a quarter-mile, and a canister of NOS.

While the money and viewership grew, the Fast series continued to contort with each new chapter, retconning to accommodate plot conveniences and connections, establishing catchphrases and running gags, but backing itself into ever-tighter narrative spots. It had entered the universe-building game late, and several unhelpful scenarios had already been set in stone — Han’s death the largest of all. To please fans hungry to see their favorite characters back onscreen, the story had to be reworked, resulting in many less-than-ideal metaphysical predicaments. For instance, F6 occurs before Tokyo Drift, meaning the series lets early-2010s vehicles and already-futuristic 2013 technology predate mid-2000s car models and flip-phones.

Justin Lin departed the series in 2013 after Universal insisted on fast-tracking the franchise, ostensibly to compete with Marvel, which was dominating the box office as the only franchise producing at least one film per year. Undeterred by the waning integrity of the series, Universal pressed on, retaining Vin Diesel as producer (a role he’s held since 2009). By then, Diesel was starring as Groot in The Guardians of the Galaxy, and having seen just what was possible in the Marvel camp, was keen to follow suit. For Furious 7, the on-screen “family” were recruited by the Nick Fury-esque Mr. Nobody and sent after an Infinity Stone McGuffin named God’s Eye. With stakes higher than ever on- and offscreen, Furious 7’s box-office takings transcended to dizzying heights, beating every MCU film until that point with an eye-watering $1.51 billion global box-office.

With this film, the series’ aesthetic completed the transition from something slightly sexy and dangerous to something the whole family could see, grounded squarely in the MCU’s ethic of pairing team-level melodrama with global but ultimately narratively safe moral quandaries. Just as the MCU was never actually going to let Ultron wipe out humanity, there was no way supervillain Deckard Shaw (Jason Statham) would actually wield the God’s Eye. In both series, viewers know at the ticket booth that everything will be okay, and the few characters who die aren’t gone forever.

The triumph of 2017’s notably excessive Fate of the Furious, which trounced that year’s MCU’s releases, and the universe-broadening 2019 spin-off Hobbs & Shaw, meant the money continued to roll in. But Universal’s thirst for Marvel’s success led to increasingly perplexing onscreen results. Gone are the days of a tight pack of street racers hustling to buy a bigger engine, and here to stay are such super-antics as Dom free-flying across a chasm to catch Letty mid-air, Brian and Dom jumping Abu Dhabi’s Etihad Towers in a billionaire prince’s supercar, and agent Luke Hobbs (Dwayne Johnson) ice skating with missiles while being pursued by a nuclear submarine. Explicitly science-fiction elements are now expected, such as Idris Elba’s genetically enhanced villain in Hobbs & Shaw, and the texture and definition of the films has, like Marvel’s, become so seamless, it’s tough to separate one film from the next, no matter who’s directing them.

In F9, Justin Lin’s return to the series, vague details from prior entries are used to crowbar in new conveniences, including Han’s resurrection and the arrival of a superspy Toretto brother (John Cena). Like Marvel, the Fast family have now found full superhero status — there’s no fall they can’t survive, no explosion they can’t escape, and quite literally nowhere they can’t go — including space, the last refuge of every lost franchise. Unlike Marvel, however, the franchise has failed to carry its storytelling quandaries across the films. The stakes were smaller in the Fast movies’ early days, but there were real-world consequences for characters’ actions and moral decisions: Brian sabotaging his career to save Dom; Sean being sent to Tokyo to avoid prison; Jesse (Chad Lindberg), Han, and Letty dying. And this all felt like it meant something.

Phase Three of the MCU demonstrated the peak storytelling possibilities of the superhero age by bringing together 30 major heroes for Infinity War and Endgame, two overwhelmingly CGI-led features whose $4.83 billion box-office has guaranteed the Fast finale will also be a two-part story. These entries will unquestionably make a killing: In spite of the shaky state of cinema attendance due to the COVID-19 pandemic, F9 has already taken in more money than any of its first five siblings. But without a firm guiding hand, the borrowed Marvel mode has freewheeled out of control. The Fast series’ core qualities have been lost. And the studio and audience are now caught in an ever-escalating ouroboric cycle, with the box-office of each previous film dictating the budget — and thus the over-the-top, ungrounded, super silliness — of the next.