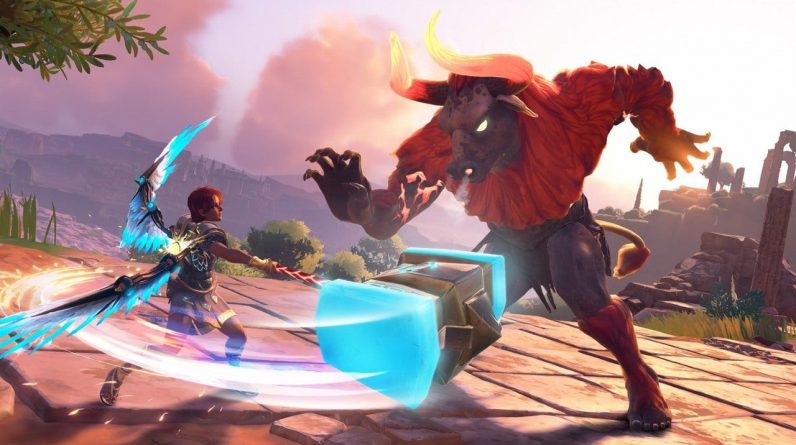 According to the Microsoft Store, Ubisoft’s Immortals Fenyx Rising, previously known as Gods and Monsters, will be released on December 3, 2020, at least on Xbox One.This Microsoft Store listing also reveals new screenshots, which you can see below, and further details for this upcoming grand mythological adventure.In Immortals Fenyx Rising, players will become Fenyx, a new, winged demigod who is “on a quest to save the Greek gods.” Fenyx will be able to wield the powers of gods like Achilles’ sword and Daidalos’ wings to fight enemies and solve puzzles.

Iconic mythological beasts, including Cyclops and Medusa, will try to stop you on your journey, and you will have to face them in combat both in the air and on the ground.

Fenyx will also have access to self-guided arrows, telekinesis, and more, all of which will help her on her journey in this “stylized open world across seven unique regions, each inspired by the gods.”Immortals Fenyx Rising will also take advantage of Smart Delivery, meaning if you purchase it on Xbox One, you will get the Xbox Series X version when it becomes available. Furthermore, those who wish to pre-order will gain access to a bonus quest called A Tale of Fire and Lightning.

Immortals Fenyx Rising was revealed as Gods and Monsters at E3 2019 and was originally set to be released on PlayStation 4, Xbox One, Switch, PC, and Google Stadia on February 25, 2020.

Earlier this week, it was confirmed that Immortals Fenyx Rising was the new name, and that its full re-reveal will to be part of the next Ubisoft Forward on September 10, 2020.