Home Gaming News In Animal Crossing: New Horizons, it matters when your villager moves in 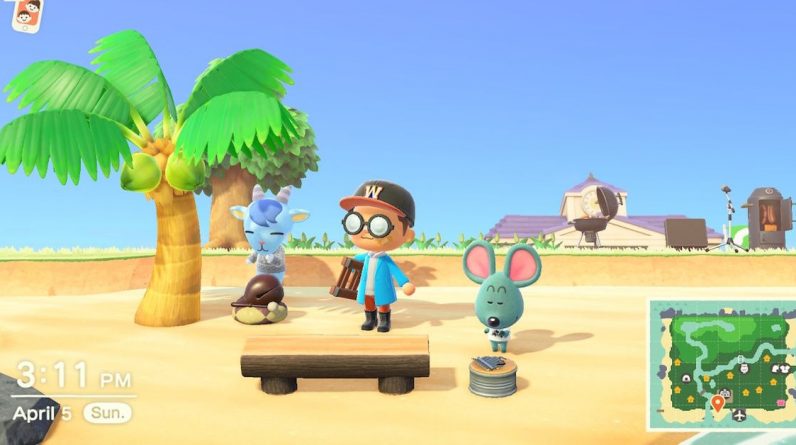 When you begin a game of Animal Crossing: New Horizons, your character lives in nothing but a measly tent. You’re joined by two other villagers, who are also roughing it in the hopes of eventually transforming the island into paradise. But you might notice that there’s a big difference between those starting villagers, and the ones you get later in the game.

It seems that early villagers are hardwired to never one-up the player with their decorations, based on the discoveries compiled by Twitter user @Nellichka. In a thread, the New Horizons player shows screenshots of what it looks like when a villager moves into a town early in the game, versus what it looks like when that same villager joins in after you’ve made real progression. Initial villagers, by and large, had basic set-ups, such as dirt floors and simple furniture — but everyone who moved in afterward had elaborate interior design that actually reflects their specific personality.

It’s a striking enough difference that the same villager can look wildly different in your town depending on when they move in, as the screenshots below show:

That is great until we found out thanks to time travelers that starter villagers NEVER evolve their house any further than this. So they are stuck with generic houses instead of the ones that reflect their personality. Here’s Genji’s house as a starter villager VS late villager pic.twitter.com/Z1ei0dmgmp

From your first campsite visitor onwards, all your villagers will have fancy personalized houses to their aesthetic, since by that point you are settled into your island. It puts your early villagers houses to shame pic.twitter.com/x6q7lNzts2

But a more troubling discovery here is that you can’t really improve the early villager dwellings. If you try gifting starting villagers furniture, the AI isn’t good enough to understand what you’re trying to do. Some types of gifts aren’t used at all, making it a fruitless endeavor.

another unfortunate thing is that you can’t gift them wallpaper or flooring, i have tried already with two characters and they reply with a “idk how i’ll use this but thank you!” dialogue and never use it
DON’T GIFT THEM FLOORING/WALLPAPER it’s money wasted!

I can confirm that all of my starting villagers have shabby houses, but my latest villagers have impressive houses that sometimes even put my mansion to shame. Raymond the cat, for instance, appears to live in a full-blown office. And then there’s this guy. I’ve never even seen some of these items before stepping into Knox’s house!

My initial villagers, meanwhile, live in boring houses that don’t really showcase who that character is. It’s enough that I’m starting to consider kicking these starters out (Shari and Samson, for those of you curious), especially because I don’t really like their personalities to begin with. But if you want to keep your first villagers without “suffering” through their poor design skills, @Nellichka suggests pushing them out and then re-inviting them back in via amiibo. It would be a lot of effort, but then again, some players put a ton of time into ensuring they have “perfect” towns.