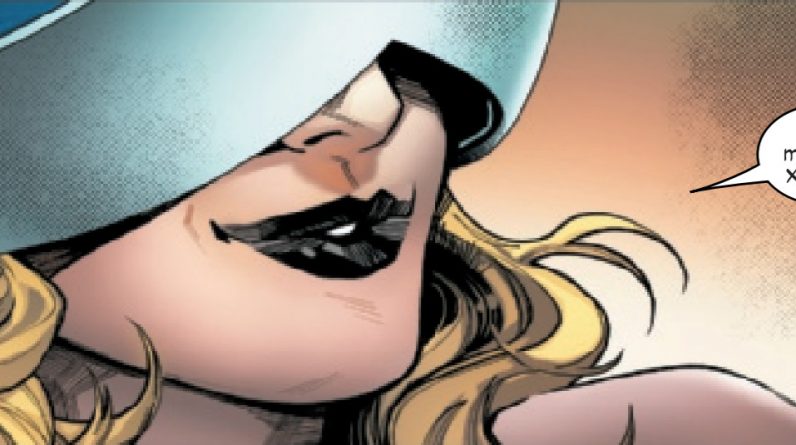 Two years ago, in Jonathan Hickman’s House of X #1, a few words transformed Marvel’s X-Men comics: “While you slept, the world changed.” In the Dawn of X, the X-Men cemented their island, Krakoa, as a nation-haven for mutantkind. In the follow-up event X of Swords, they reunited with their lost brethren, and the recent Hellfire Gala established Mars as Planet Arrakko, placing the X-Men on a galactic stage.

While the X-Men have escalated their position in the universe and gathered their power, however, secrets and tensions have seethed just under Krakoa’s surface (and at times quite literally). Now, Professor X, Magneto, Mystique, Destiny, Emma Frost, and the long-hidden Moira X are entering a conflict which threatens to damn the entire nation in the new book Inferno, which kicked off on Sept. 29.

Who is making Inferno?

Jonathan Hickman returns and is joined by Valerio Schiti’s pencils, David Curiel’s colors, Joe Sabino’s letters, and, as on all of the Krakoan X-Comics, Tom Muller’s design work. Hickman began this era with the titanic two-series-that-were-one, House of X and Powers of X. Schiti most recently launched SWORD with Al Ewing, and his flair for drama is as striking in the political machinations here as it was in that title’s space opera. It’s a team that lives up to the incredible pedigree of HoXPoX.

What is Inferno about?

House of X and Powers of X established that Moira MacTaggart, a longtime ally of the X-Men, was secretly a mutant with the power of reincarnation. In her nine previous lives, Moira had discovered that mutants were always destined to extinction, as the creation of Artificial Intelligence always lead post-humans to accelerate in their evolution far more quickly than Mutantkind’s natural evolution, eventually becoming one with Dominions, godlike machine-beings unbound by the limits of space and time. The creation of the Krakoa nation and all it has entailed — the unification of all mutants, the exploration of mutant technology, and the creation of mutant resurrection — has ostensibly been in service to her plan to finally find a way to defeat this inevitability.

In one of her previous lives, Moira had also made an enemy of Destiny, Mystique’s presently deceased wife. While they have claimed that Krakoa is for all mutants, Professor X and Magneto have hypocritically used their power to ensure that any deceased mutants they believe to be a danger to the nation or to themselves remain deceased. They have denied Mystique’s demands to be reunited with her wife, a decision that threatens to cost them dearly.

As Inferno begins, a number of threads have begun to converge. The first great posthuman intelligence, Nimrod, has not only come online, but has repeatedly defeated the X-Men. Several seats in the Quiet Council that rules Krakoa have been left empty, resulting in a power vacuum. Several ethical lines have been crossed by those who have remained in power, creating new tensions between factions within the land. Moira herself seems to have developed plans that stretch beyond what she has allowed Xavier and Magneto to know. Finally, Mystique has received posthumous instructions from Destiny to burn the place down. Mutantkind has never been stronger, and yet Mutantkind feels poised to explode as political schemes distract from the great looming threat; no one can be trusted at the time when trust is most vital to survival.

Why is Inferno happening now?

Inferno is the conclusion to Hickman’s chapter of the X-Men story. Rather than pursue his original plan, which, by his description would seem to put an end to the entirety of the current status quo, he elected to write one last event. Inferno should at once allow other creators to continue exploring this rich space while also providing a satisfying thematic conclusion to the first act of HoXPoX.

Is there any required reading?

Intended to wrap up the events that began with HoXPoX, the two series are fairly vital reading. Additionally, X-Men #6 and X-Men #20 establish two of the primary inciting incidents of the crossover. Beyond those 18 issues, the current series of Hellions, X-Force, and Marauders are not required, but are most likely to enrich the experience. While Inferno #1 does not focus much on the characters, marketing for the series indicates that characters from those series— Colossus, Emma Frost, Psylocke, and Bishop— will all play major roles. Further, each series features secrets, sins, schemes, and hypocrisies that will likely become relevant to Inferno’s conflict as it progresses.

Inferno #1 deftly juggles its many plotlines and characters while returning to, and expanding on, the bold concepts that introduced this period. Schiti creates a political debate at the issue’s conclusion that is as striking, as powerful as the massacre that begins the issue. While Hickman’s recent work has suffered from a lack of momentum, Inferno, from the first page, promises acceleration. Each person working on this comic is executing their best work, and the resulting issue is of a piece with the best of X-Men comics. Even Hordeculture, a set of geriatric villains that your reviewer once found insufferable, are a delight to read.

Inferno promises to be a return to HoXPoX in all ways but one: Inferno does not stand alone. The ideas, stories, and character arcs here are not just Hickman’s. He is not writing as an auteur concluding his story in isolation, but as one contributor among many to a great body of work. Inferno would be a different story without the many Dawn of X and Reign of X titles, (most especially the singular Hellions), and Inferno would read very differently if it was the only title in the line being released, or the only title that felt this bold. This is most definitely not the case: The Onslaught Revelation, SWORD, and The Trial of Magneto each have recently taken a step in their own exciting direction.

Inferno has the chance to surpass HoXPoX because it functions as a celebration of the thing that makes superhero comics uniquely compelling as a genre: stories that are developed in a shared universe crafted by many, many voices. There are great soloists in any and every medium, but only in this medium, and in this genre, can you find such a striking chorus.

One panel that popped

Inferno begins with an incredibly striking image set in, it seems, the near future, as Emma Frost resurrects Magneto and Professor X. She stands over them wearing what has become Xavier’s symbol, the thing that both grants him a position of power in this society and the thing that hides his face: the Cerebro mask. It is an inversion of the defining image of HoXPoX, and it promises exciting turns in the coming issues.

Inferno #1 is out wherever you pick up comics and digital vendors.