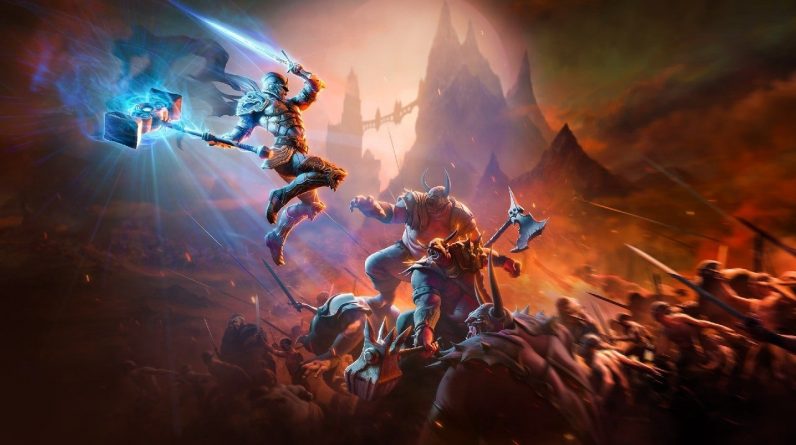 Kingdoms of Amalur: Re-Reckoning’s Twitter account has confirmed the remaster is real and will be released on Xbox One, PlayStation 4, and PC on August 18, 2020.There will also be a collector’s edition that includes an “Alyn Shir Statue, an Amalur keychain, the hugely popular OST and 5 Amalur artwork.”

Kingdoms of Amalur: Re-Reckoning has seemingly leaked on the Microsoft Store and will apparently make its way to at least Xbox One on August 11, 2020.

This remaster appears to include all DLC, including Teeth of Naros and Legend of Dead Kel, and will have “improved graphical fidelity.”

In our review of Kingdoms of Amalur: Reckoning, we said “Kingdoms of Amalur: Reckoning isn’t the perfect game. Its random technical hiccups and inconsistent art style certainly holds it back from even higher levels of greatness. But no matter what you’re looking for, whether it be amazing gameplay, immersive storytelling or perhaps a riveting new world to explore as you fully customize and re-customize your character at will, Reckoning has it all.”

Kingdoms of Amalur was originally developed by 38 Studios and was published by EA. In 2018, THQ Nordic bought the property from the now-defunct studio, although EA still owned the publishing rights. It appears they worked out a deal to make this happen.Amalur came with a ton of controversy, as the Rhode Island Economic Development Corporation filed a lawsuit against 38 Studios founder and ex-Boston Red Sox pitcher Curt Schilling and other executives. 38 Studios went out of business following a $75 million dollar loan supported by Rhode Island taxpayers.

Adam Bankhurst is a news writer for IGN who hopes this is also coming to Switch. You can follow him on Twitter @AdamBankhurst and on Twitch.