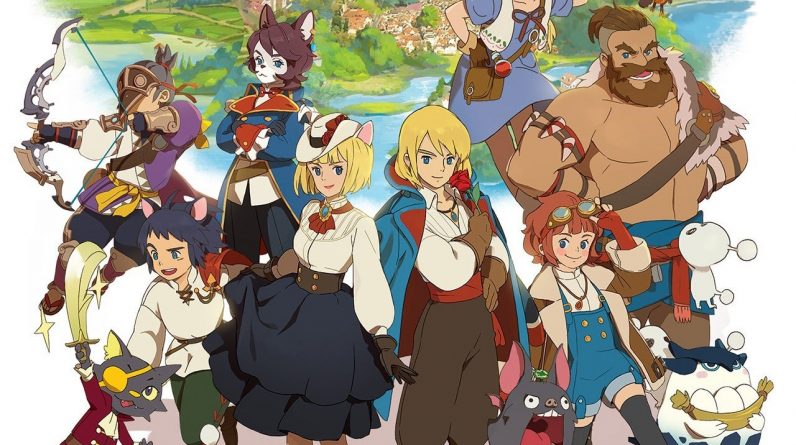 Publisher and developer Level-5 appear to be ending operations in North America. There are currently no concrete plans to release any more games outside of Japan.As reported by GamesIndustry.biz, Level-5 International America and smaller spin-off studio Level-5 Abby began laying off the majority of its of employees sometime in the middle of 2019, although the exact number of employees is unknown.There is no indication as to why Level-5 is shutting down outside Japan, but employees from the Abby location were “given every indication” that the studio would be ceasing operations. Only a couple employees remained to maintain day-to-day operations while Level-5 focused its attention on the Japan office.

Earlier this year Level-5 confirmed the third mainline installment of the Ni no Kuni series is currently in development with a tentative 2020 release date in Japan, although no updates have been given as to the status of development.Additionally, a mobile spin-off of the Ni no Kuni series, titled Ni no Kuni: Cross Worlds, was revealed recently during Tokyo Games Show. Gameplay shown during the presentation was later uploaded to YouTube along with English subtitles. No official announcement was made indicating it would be coming stateside, however.

Netflix recently added a Ni no Kuni feature-length film to its catalog (stylized as NiNoKuni) featuring a new cast of characters and an original story.

Yo-Kai Watch 4 was announced for Nintendo Switch in 2018 with a launch in Japan in late 2019. There are currently no plans to release the sequel outside of Japan at this time, although it’s unlikely we’ll see any of the recent on in-development titles localized now.

Matthew Adler is a Features, News, Previews, and Review writer for IGN. You can follow him on Twitter @MatthewAdler and watch him stream on Twitch.