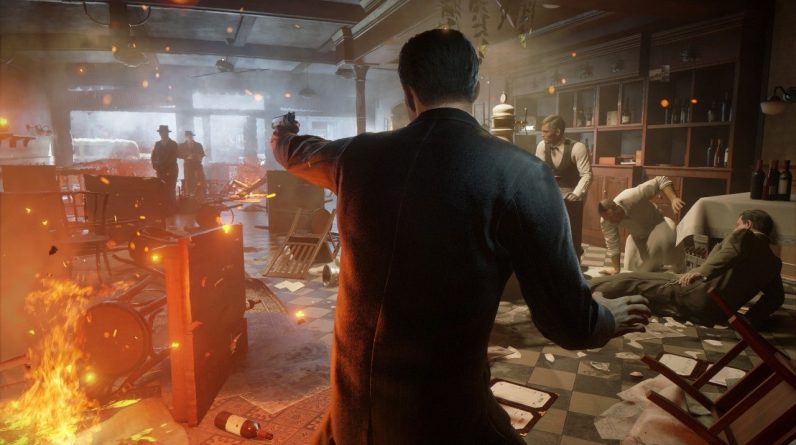 2K Games and Hangar 13 have officially unveiled the full Mafia: Trilogy today. 2K Games previously announced the collection in a short teaser, and a leak online tipped the internet off about “Definitive Editions” for Mafia 1, 2, and 3.The first Mafia has been completely remade from the ground-up. The complete remake includes a new game engine, updated script, new cutscenes, added gameplay sequences, and more. However, Mafia 1 won’t be available to play until August 28, 2020. Meanwhile, Mafia 2: Definitive Edition is available today as part of the trilogy and received an Ultra HD remaster.

Mafia: Definitive Edition follows cab driver turned mobster Tommy Angelo as he joins the ranks of the Salieri crime family during prohibition in the 1930s. The first Mafia is set the fictional city of Lost Heaven, Illinois,

Although only the first Mafia has been completely remade, Mafia 2: Definitive Edition features an ultra HD remaster that supports 4K visuals. Mafia 2 tells a different mafia story, this time in the fictional Empire Bay, New York post-World War 2. Veteran Vito Scaletta has to join the local family to help pay off his father’s debts.

Mafia: Trilogy bundles all three Definitive Edition Mafia games, but each game will also be sold separately if you’re only looking to pick up one of the Mafia titles. Furthermore, players who already own Mafia 2 on Steam or Mafia 3 on PS4, Xbox One, and Steam will be upgraded to the Definitive Edition for free upon launch. The Mafia: Trilogy will also be available on the Epic Games Store at a later time.Purchasing the Trilogy at launch will grant immediate access to Mafia 2 and 3, but the Mafia 1 remake won’t be available until its launch in August. A physical edition will also be released in full on August 28, but only planned for select EMEA region territories.