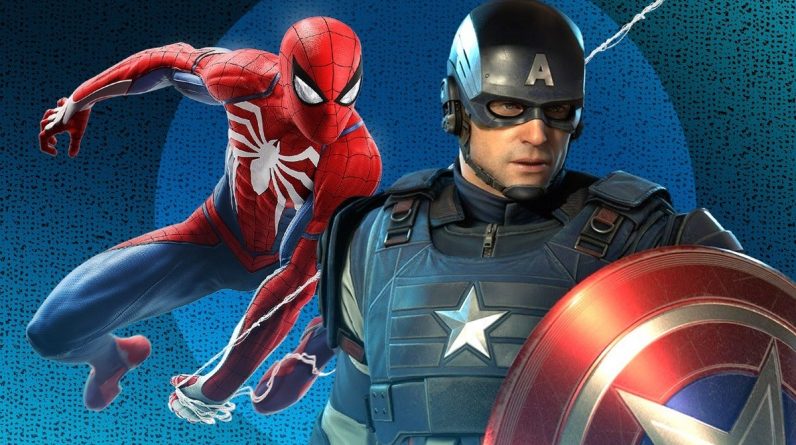 Since Marvel’s Avengers’ full unveiling at E3 2019, Square Enix had confirmed some indeterminate exclusive content would be coming for PlayStation players. And now we have a better idea of what — an exclusive hero in the form of Spider-Man.But by announcing a hero exclusively to PS4 and PS5 players, Square Enix and Marvel Games have stirred frustrations for non-PlayStation players, and raised some odd questions about Marvel’s Avengers’ future.

A Great Deal for Sony

Spider-Man — a new take on the hero and not the same version as the Peter Parker we played in 2018’s Marvel’s Spider-Man — will be made exclusive to PlayStation players sometime in 2021. Square Enix has not confirmed if there’s any timed exclusivity window to this or if he’s permanently only available to PS4 and PS5 players. And as of writing, there’s no indication Xbox and PC players will receive platform-exclusive characters to balance things out.

So, if you want to play as Marvel’s flagship hero (and the U.S.’s current favorite Marvel hero), you have to buy Avengers on PlayStation.

Despite some rocky showings at E3 last year, recent War Table presentations have earned a lot of goodwill for Marvel’s Avengers, and on a more general note, the game is, of course, coming off of the box office record-shattering, blockbuster filmmaking-defining run of MCU movies that culminated in Avengers: Infinity War and Avengers: Endgame. Avengers as a brand is bigger than ever, and so to have such a beloved hero only available on your systems makes the PlayStation version the clear winner for those who own multiple systems.It’s, quite simply, a brilliant marketing move on a brand recognition level. This only further solidifies PlayStation’s connection with Spider-Man. Even if it’s not the same Spidey as in the 2018 game, that PS4 exclusive is one of the biggest games of the generation, and the best-selling superhero game ever in the U.S. Marvel’s Spider-Man: Miles Morales is positioned as one of THE reasons to buy a PS5 this holiday. And now, if you want to play the Spider-Man featured in Marvel’s big Avengers game and see him team up with other Marvel heroes, PlayStation is the only place to do just that.

And that brand connection is, on the surface, only even more beneficial to the wider Sony corporation. As far as we publicly know, Marvel still holds ultimate rights to Spider-Man, and that’s why we can see the character appear in the multiplatform LEGO Marvel Super Heroes 2 or a Nintendo Switch-exclusive like Marvel Ultimate Alliance 3: The Black Order. But Sony has held the movie rights to Spidey for a long time and looks determined to maintain that hold, famously leading to the brief dark times when Spider-Man was going to be yanked out of the MCU, only for Sony and Marvel Studios to come to a renewed agreement to keep him involved… for now. But make no mistake, Sony is doing everything it can to build out a Spider-Man universe that all but features the character. From Venom to Morbius (and its odd inclusion of a Marvel’s Spider-Man trailer Easter egg) to the burgeoning Spider-Verse franchise, many more planned Spider-Man-adjacent character movies, Sony is obviously hoping to use what it can to build out a live-action Spidey-verse either to eventually bring the character into its fold exclusively once more or to at least make the best of both cinematic universes.

Every Spider-Man Movie Spin-Off in Development

Spider-Man is the crown jewel of Sony’s film lineup, even if they’re currently sharing custody with Marvel, and so to have the character in any medium possible associated with the brand is a good thing not just for PlayStation but Sony overall.

At the very least, this announcement likely ensures a healthy playerbase for Marvel’s Avengers on PS4 and PS5 going into 2021. Regardless of how the game is received at launch, the story of many games-as-a-service titles is often written in the months and years after. Giving players on PS4 and PS5 a reason to check in on the game next year as big as Spider-Man will surely bring back even some players who may not stick with the game after launch.

But it’s sure as hell not fair for players on Xbox or PC, who have no idea at this stage if they’ll ever get to play as Spider-Man in Avengers, if they’ll receive other exclusive characters to balance things out, or if they’ll just never see the webhead swinging around their games. Cross-play between consoles isn’t announced for Avengers yet (only between generations, so PS4 and PS5 players can play together, but not with Xbox or PC players), and system-exclusive characters make the idea of that even less likely at a time when cross-play and cross-progression have become ever more routinely part of gaming. Sure, it’s entirely possible he will eventually be brought to other systems and the terms of this agreement just prevent that from being announced yet, but as of right now, that remains cruelly unclear.It also raises the unfortunate question of how substantial the Spider-Man content will be, and how essential it will feel to the overall game if only a portion of the audience can play it. Marvel has promised all future DLC characters, which will be free to players, will come with their own story-related content. If Spider-Man’s story is only part of some Avengers players’ experiences, will it not be well integrated into the rest of the team or world’s ongoing story? Will it be particularly self-contained, and will character interactions be superficial, since they theoretically can’t drastically affect ongoing narratives? Or does Crystal Dynamics create a multiverse of Marvel’s Avengers stories, one for Xbox and PC players and one for those on PlayStation?

The latter sounds too unwieldy, and the former is a valid concern that could dampen potential excitement for Spidey content in Marvel’s Avengers. Personally, the thrill of playing Marvel’s Avengers comes from the interconnectedness between the characters and the ongoing nature of its storytelling.True, comic-book style storytelling can be integrated into an ambitious Marvel gaming world on a level not seen before in consoles and PC games. But if such a major character – it’s Spider-Man! – can only be played by some players, how does that translate to the overall story ambitions of Avengers, and to the Spidey-specific stories they’re planning?It’s all unclear at this point, but what is clear is that creating a fractured player-base is like dividing kids in a schoolyard but only some of them get all of the equipment while the rest have something half-built. Destiny players were upset about PS4-exclusive weapons and missions, and it makes sense – when a game is meant to be played across different platforms, not one made by or for a platform holder, you roughly expect to get the same experience from one system to the next. And a full, playable, new character and associated content is a much larger pill to swallow than, say, some exclusive costumes or even sidequests.

Platform exclusives like this always feel mean, even if they make sense from a business perspective. PlayStation wants to bring players into its systems with likely one of the most requested characters for Avengers’ lineup and there’s already an association of the character with Sony. But for players on other platforms, it feels like a slap in the face, and only fuels the console divide further at a time when playing together, no matter where we play, is becoming more important than ever.