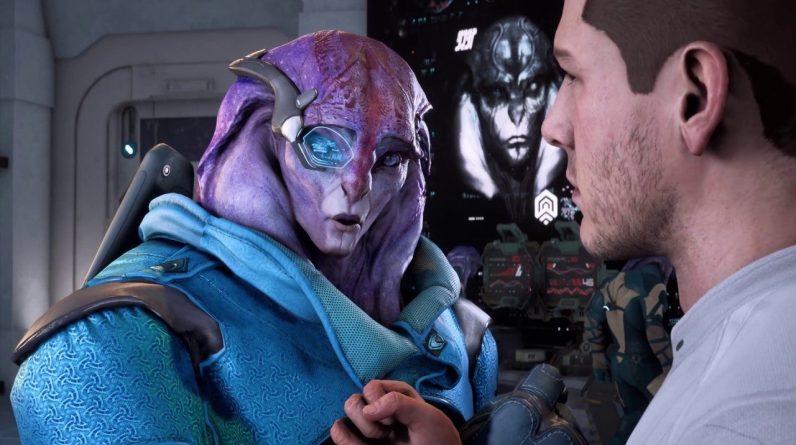 Mass Effect: Andromeda could have had up to ten new alien species, but they were cut due to budget, scope, and… cosplay considerations.One of the biggest criticisms of Mass Effect: Andromeda was the lack of new alien species, especially when the Mass Effect Trilogy introduced us to the Krogan, Asari, Drell, Batarians, Salarians, Turians, Quarian, Prothean, Hanar, Elcor, Keepers, Volus, Collectors, Geth, Reapers, Vorcha, and more.

In our Mass Effect: Andromeda review, we said “What’s bizarre is that BioWare went to the trouble of shipping us 2.5 million light years away to introduce only two new alien races (plus some robots) over more than 50 hours of campaign and major side missions, and only one local joins your crew.”Apparently this wasn’t the original plan, and many of the developers on Andromeda recently spoke to TheGamer to discuss why these new alien species never made it to the final game.

Have you played Mass Effect: Andromeda?

“I think it was a project that couldn’t have possibly lived up to expectations,” Neil Pollner, who was a senior writer on Mass Effect 3 and wrote parts of Andromeda, said. “Not just the high bar of the original trilogy, but the logical expectations anyone would have of Mass Effect going to a whole new galaxy. Because the scope of [the first] Mass Effect was so incredibly massive, there was an inherent promise that you’d be getting a massive new experience with a ton of new things in [what was supposed to be the first] Mass Effect Andromeda – new species, new lore, an entire new galaxy at your fingertips, etc.

“But we were only given the budget for two new species, plus the Remnant. Not to mention that we couldn’t even include all the Milky Way species. And we weren’t going to be able to let you travel throughout the galaxy. This meant that we had to develop the story around some pretty glaring inorganic limitations. So, not only did you get something that felt (and was) much smaller than what you got before, almost everyone playing the game probably had something that they really liked about Mass Effect that just wasn’t there.”Pollner continued to discuss how they had grand plans in pre-production, including expanding the “first contact” experience with new aliens, but most of that work wasn’t even used.

Chris Hepler, another long-time Mass Effect writer, discussed how he proposed five or six new alien species, and ex-Bioware writer Jo Berry had also come up with a few that “were awesome.”

Dorian Kieken, who was the franchise design director at the beginning of Andromeda’s development, explained that some of the early alien concepts were “pretty out there” and that they were cut because one of Mass Effect Andromeda’s goals was to make it easy for fans to cosplay the game’s characters.

“One of the strengths of the original Mass Effect trilogy is that you can actually cosplay most of the alien characters – except the Hanar, although I wouldn’t underestimate the creativity of some cosplayers,” Kieken said. “The intention in Mass Effect Andromeda was to introduce new races that would still be in the realm of cosplay, which is probably why more crazy concepts were abandoned.”

Kieken even said that the two alien races that did make it into Andromeda gradually shifted to “cosplay-safe territory,” with the team trying to avoid “jellyfish” types of aliens.

While one can hope some of these designs will make their way into the next Mass Effect project, fans of the series can look forward to interacting with the original set of aliens in the Mass Effect Legendary Edition this May.