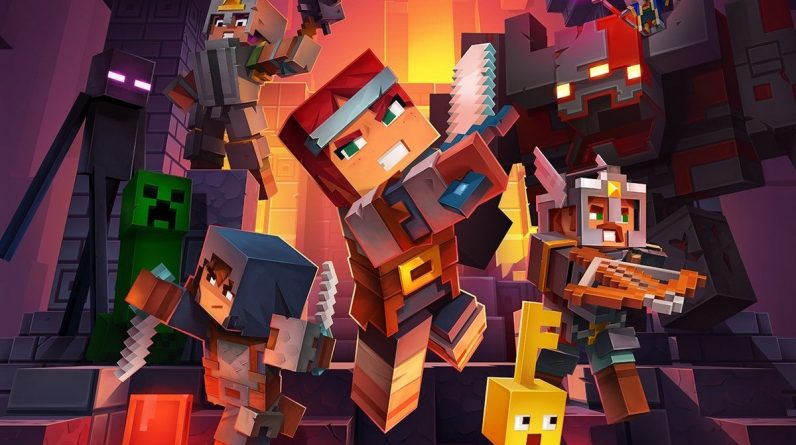 Minecraft Dungeons, out on May 26, is often compared to the Diablo franchise for featuring top-down dungeon-crawling combat and exploration. Heck, we made the comparison in our mostly favorable review. It looks like the developers behind Minecraft Dungeons are all too familiar with the franchise, since they evidently planted a hilarious easter egg that dedicated Diablo 2 fans will probably appreciate.

Minor spoilers for Minecraft Dungeons content below:Noticed by Lords of Gaming, Minecraft Dungeons players can access a secret area that’s a direct reference to a similarly secret area in Diablo 2. According to Lords of Gaming, it requires players to beat the game once on each game difficulty. Near the player’s camp, there’s a drawbridge that’s raised during the main game. Once you’re able to cross it, players will find a church with pixel portraits of the Minecraft Dungeons developer team and a dog, plus a button with ten runes. Once players find those runes across the game’s levels, they can return to the button, press it, and you’ll be transported to a secret level.

What’s in that secret level? Cows. Lots and lots of angry cows to fight.

The secret Minecraft Dungeons room is a pretty clear reference to a secret area in Diablo 2 that featured countless cows standing upright and wielding axes. Those Diablo cows would also say “moo” constantly with an oddly human inflection while they chased you around in massive groups. For a time, Diablo 2’s secret cow level was a popular place to level up until a patch was implemented not long after.

Not bad for a funny reference, although I shudder to think what a newcomer to the genre will think of that many bovine barreling down on them.

Joseph Knoop is a writer/producer for IGN, and he’s mooooooving to the bay area soon.