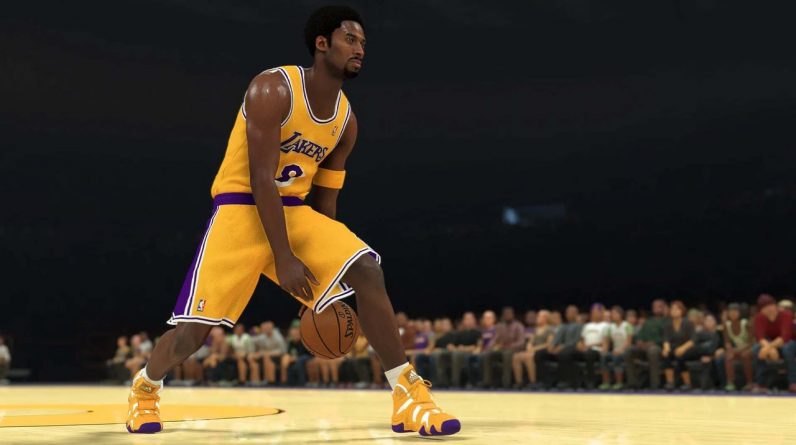 [Editor’s Note: These impressions are based on the publicly available demo version of NBA 2K21, which allows you to play five total games, each with five minute quarters. Since it is designed to give everyone an idea of what the new version will offer in its on-court gameplay, we’ve asked our reviewer to weigh in on the changes he’s seen so far as the first installment of our review in progress. 2K has informed us that review copies for NBA 2K21 won’t be available until September 3, which is basically launch day (officially September 4, but that usually means the night of the previous day in our Pacific time zone). We’ll have updated impressions of the full game as soon as possible, and we’ll strive to have our final review ready by the end of the following week.]

In a lot of ways, NBA 2K21’s demo feels like more of the same, as compared to NBA 2K20. To my eye it looks almost identical to the previous few years, and seems to be running out the clock until next-generation consoles arrive before springing for a more substantial visual upgrade. Legacy issues, like the CPU mishandling clock management and players awkwardly dropping the ball as soon as the shot clock runs out, are definitely still present. Still, there are some noticeable positive tweaks: with the help of a few smaller gameplay upgrades and a new shot-stick mechanic, NBA 2K21’s gameplay feels like a baby-step forward.

Seriously, if you put video of NBA 2K21 side by side with NBA 2K20 I would challenge you to spot the difference in the graphics. This isn’t a horrible thing, since this franchise has a long history of being one of the best-looking sports games out there, but it’s a little disappointing to see how little has changed year over year. That means last year’s blemishes have carried over: players still look good, but outside of the superstars like Kawhi Leonard and LeBron James there is something a little generic about the designs. Some faces have too little detail and unusually large players like Shaquille O’Neal (who is rostered on the “All-Time Lakers” squad available in the demo) don’t own the same kind of massive presence they do in real life.

If you put video of NBA 2K21 side by side with NBA 2K20 I would challenge you to spot the difference in the graphics.

Thankfully, the more time I spent with the new shot-stick mechanic, the more NBA 2K21 started to separate itself. The new shot meter, which requires aiming shots rather than just timing them, is used entirely with the right analog stick. It requires a straight pull downward (or upward, when driving toward the basket) and then centering the stick inside of the sweet spot on the meter. Not only did I find this new shot meter vastly more challenging, it also fixed a handful of other issues I’ve had with NBA 2K for years.

Every IGN NBA 2K Review Ever

First and foremost, I never have to worry about accidentally hurling a shot up when I’m attempting to make a dribble move. Pulling directly back on the analog stick and holding it there will lead to a shot, while any flicks or other faster motions will result in a dribbling move. The new shot meter opens up the right-stick to be used entirely for dribbling moves, which includes the ability to size-up or use escape dribbles. Everything feels a lot cleaner, which is a nice change for a series where things were beginning to feel too cluttered to control.

The shot-stick mechanic feels like a direct response to issues with latency online.

The shot-stick mechanic also feels like a direct response to issues with latency online. Even though the demo doesn’t feature the ability to play online matches, it’s easy to see a future where most online players will be using the aimed shot meter rather than the older timed meter (which is still available via the square or X button). Instead of trying to guess how much latency there will be with each jump shot, it should be a lot more efficient to pull back on the analog stick and aim the shot instead. Still, aiming shots is certainly the more difficult of the two options as things currently stand. I’m excited to have a brand-new skill to master, but it’s good to have both options available.

Other than that, however, I could only spot minor changes to the on-court gameplay. Spacing is slightly better in the halfcourt, but it’s still too easy to close out on three-point shots. Blocking shots, and the animations that come with them, seems to be improved and the ball just generally moves in a more believable way. One of my favorite improvements has been seeing the ball get knocked around realistically on rebounds and steals. Still, it’s incredibly jarring to see the ball lifelessly drop to the floor after a shot-clock violation or the end of a quarter, and to watch players start moving around like robots until a cutscene eventually kicks in. I know nothing about game development but it’s hard to believe these are issues so difficult to fix that they should’ve persisted all the way into 2K21.

In just five games (the maximum the demo allows), it’s hard to get a feel for exactly how much things have changed. It does seem clear to me that the new aim-meter mechanic is going to be divisive and could potentially alter the online experience in major ways. A few smaller issues have seen some improvement, but most of the legacy gameplay issues remain present. It’s clear that this is far from the franchise’s biggest step forward, but the shot-stick alone is enough to open the door for tons of possibilities.

Ben Vollmer is a freelance critic who has previously reviewed NBA 2K19 and NBA 2K20 for IGN. Follow him on Twitter.