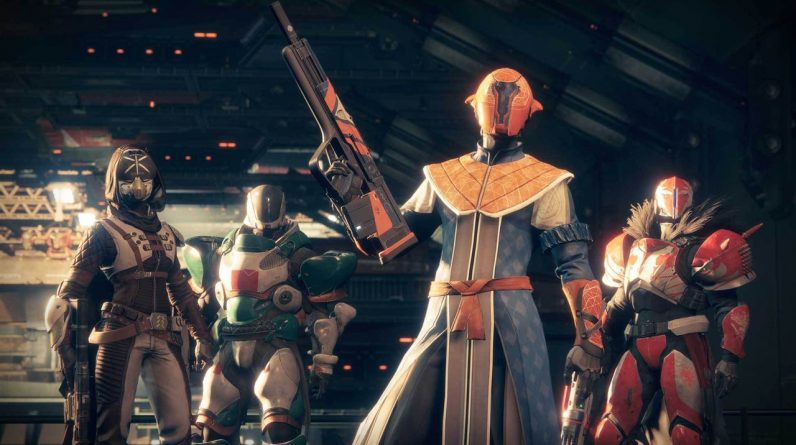 A Bungie job listing has indicated that the studio’s new IP will be “comedic” and feature “whimsical characters.”A posting for an Incubation Art Director (as discovered by TheGamePost) on the Bungie career portal asks potential applicants if they would like to work on “something comedic with lighthearted and whimsical characters,” giving us a teensy glimpse at the tone the studio may be setting for its next game beyond the Destiny

series.Other job listings help further illustrate the direction of Bungie’s new IP. A position for incubation investment designer reveals that the game will have “a wide variety of pursuit and loot systems”, and notes the role requires experience in “fundamental RPG” systems, indicating that we can once again expect a game built on RPG principles. “You will work in tandem with our sandbox and economy teams to build and distribute items to our players,” explains the listing, which suggests an open world design.

The position of incubation senior/lead combat designer also indicates that “weapons, armor, and abilities” will be a core component of the game’s combat encounters.

We know that Bungie is working on something new. Last year, Bungie CEO Pete Parsons told IGN that the studio is aiming to have a new franchise “within the marketplace” by 2025. Prior to that interview, PCGamesN reported that Bungie had filed a trademark for something called ‘Matter’ back in 2018. And before that, Bungie entered a partnership worth $100 million with Chinese publisher NetEase, a deal struck to allow Bungie to “explore new directions”.

Despite not having had a proper announcement, Matter already has logo decorated with a burst of paint-like colour. Early speculation could tie colourful to “comedic” and “whimsical”, and so it may be that these jobs relates to Matter.

Every Bungie Game Ever Reviewed by IGN

Even with the cheeky Fillion quips from Cayde-6 and its shiny metallic weapons, Destiny is not exactly bright and whimsical, but rather a broody space drama. This looks like a new direction for Bungie in the future, then, despite the promise of loot systems. It’ll be interesting to see these “whimsical characters” in action, and hopefully – despite the COVID-19 situation – the 2025 target of a new franchise is still on track.

In other Destiny news, check out our coverage of the Almighty Tower explosion live event which occurred over the weekend. Last month, Destiny 2 was confirmed for Xbox Series X and PS5, which should please devoted fans ready to jump to the next generation.