Home Gaming News Next Week on Xbox: June 7 to 11 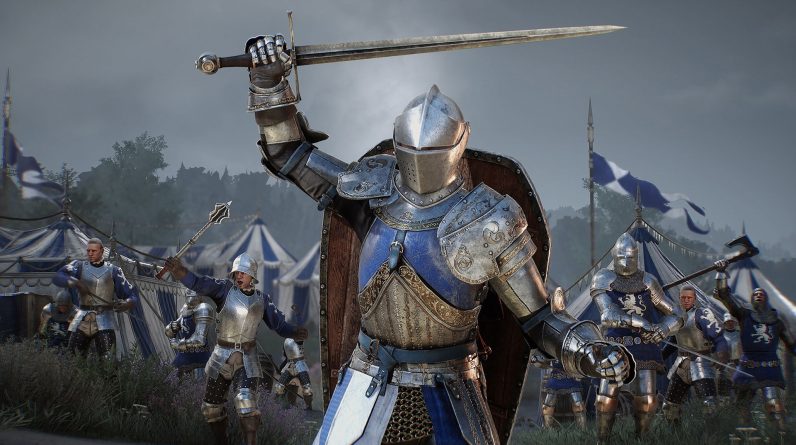 Welcome to Next Week on Xbox! Here we cover all the new games coming soon to Xbox Series X|S, Xbox One, and Windows PC as well as upcoming Xbox Game Pass and soon-to-be released ID@Xbox titles! Get more details on the games below and click their profiles for pre-order details when available (release dates are subject to change). Let’s jump in!

Return to the ultimate medieval battlefield. Chivalry 2 is a multiplayer, first-person slasher inspired by epic medieval movie battles. Players are thrust into the action of every iconic moment of the era, from clashing swords to storms of flaming arrows, to sprawling castle sieges and more.

From the BAFTA-Award winning studio behind Monument Valley and Assemble with Care comes something entirely new. Join Alba as she visits her grandparents on a Mediterranean island for a peaceful summer of wildlife exploration with her friend Ines. But when she sees an animal in danger, she realizes she needs to do something about it!

Green Hell is a sweltering struggle for survival in the Amazonian rainforest. Clinging to life, you’re set on a journey of durability as the effects of solitude wear heavy not only on the body but also the mind. How long can you survive against the dangers of the unknown?

Welcome to Ye Olde! Your new retirement paradise. Date as an octogenarian and find somebody to love, or just get your kicks in while the getting is good. Remember, if the chairs are rockin’, don’t come a-knockin.

A surreal take on the scrolling platformer format, combining minimalistic black-and-white presentation with self-aware, fourth wall breaking design. Glitches are intentionally integrated, allowing the player to cheat death, open new areas by triggering bugs or leap off UI elements as if they’re part of the stage.

Experience the three games from the Ninja Gaiden series in one bundle. Each title is still just as fun as you remember while providing the same high-speed action. In addition to Ryu Hayabusa, 4 other characters, Ayane, Rachel, Momiji, and Kasumi, are also playable. All the previously released game modes and DLC costumes for each title are included in this one set.

The world-famous arcade time management sim franchise is coming to consoles for the first time as a special Refreshed Edition! Time to get your own virtual barn with plenty of livestock to take care of.

You and your partner are aspiring chefs who find each other in a quite impractical commercial kitchen. It’s divided by a long serving counter, yet the products and the appliances you both need are placed on opposite sides of the room. Your job is to cooperate, cook together and serve orders of steaming, delicious food.

Life of Fly 2 features 13 short stories each revolving around the life and thoughts of another fly. Jump into the role of a little fly while exploring its own living environment. Each fly talks about its life, things that happened to them, and other philosophical thoughts.