Home Gaming News No Man’s Sky: Origins Is the Next Major Update, and It’s Out Next Week 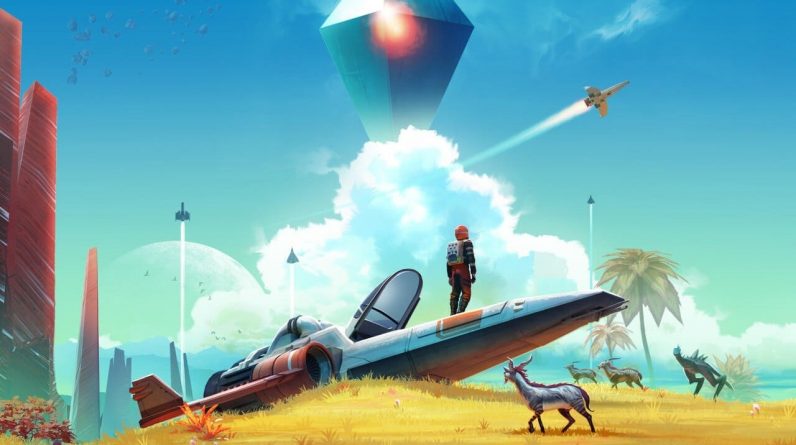 next major update is called Origins and it’s coming next week.Hello Games’ No Man’s Sky has come a long way since its original release thanks to its many large updates and all of the patches in between. Its next major update will launch next wee, and the studio’s Sean Murray said Origins will be the beginning of something new.

“Four years ago we announced FOUNDATION, our first major update for No Man’s Sky,” Murray said in a blog post released today. “‘It won’t be our largest update, but it is the start of something.’ Those words were true at the time, and they ring true for Origins. We called it Origins because it is the beginning of something new, as No Man’s Sky continues to grow and evolve.”

The blog post goes on to mention the game’s last major update, Beyond, which brought VR to the game and expanded upon its online capabilities, as well as the more regular updates the game received over the past year. Namely, Synthesis, Bytebeat, Living Ship, Exo Mech, Crossplay, and Desolation.

“We know there is a huge appetite in the community for No Man’s Sky content, and the team has worked our socks off this year to deliver in difficult circumstances,” the blog post reads. “We have been quiet, but we are always listening and focusing on improving the game that our team loves and feels so passionately about.”Like the rest of No Man’s Sky’s updates, Origins is expected to be free for all players. As far as when players can expect to jump into everything new that comes with the update, no official date has been announced. We do know, however, that it’s releasing next week.

For more No Man’s Sky, read about how Hello Games is working on a huge and ambitious new game and then read about why we think No Man’s Sky made a major comeback.