Home Gaming News No Man’s Sky to Get Cross-Play Across All Platforms, Join Game Pass Tomorrow 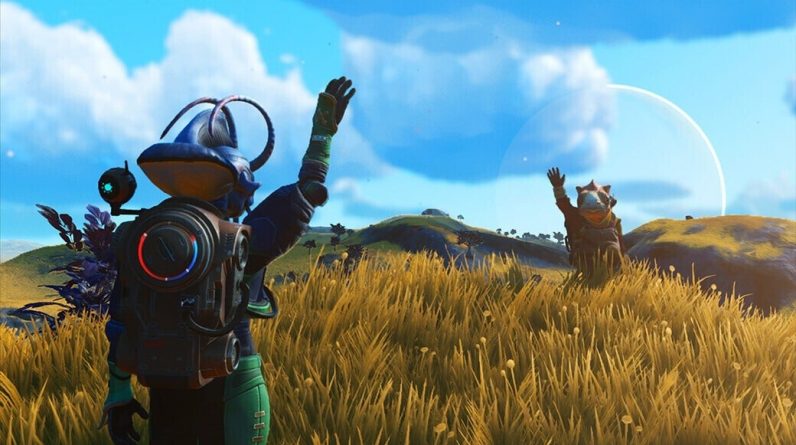 will enable cross-play across every one of its available platforms from tomorrow, June 11. Tomorrow will also see the game join the Xbox Game Pass programme on Xbox One and Windows 10.Announced in a press release, players playing the game through VR, PC, PS4, Xbox, Windows 10 or GoG will be able to connect online. The update is timed to coincide with the game being added to Game Pass, “to allow everyone in the community to benefit from the influx of new players that Game Pass brings.”

The Hello Games team has been working on the addition of cross-play for six months. According to head of publishing Tim Woodley, the developers have been “quietly reworking the networking back-end of the game to get all versions of the game onto one single multiplayer base.”

Aside from the benefit of being able to connect with previously unavailable friends on other platforms, this change means that the likes of huge planetary bases built on high-end PCs will now be available to visit for those on consoles.This update will also add general improvements to the game, including speech-to-text, improved lobbies and fireteams, and a set of other tweaks to multiplayer, VR and the game as a whole.

Hello Games is teasing an “eventful summer” for No Man’s Sky, so it seems this isn’t the last update we’ll see in the near future. All of this is yet another step on the journey No Man’s Sky’s taken since launch, becoming one of the most notable gaming comeback stories of recent years.