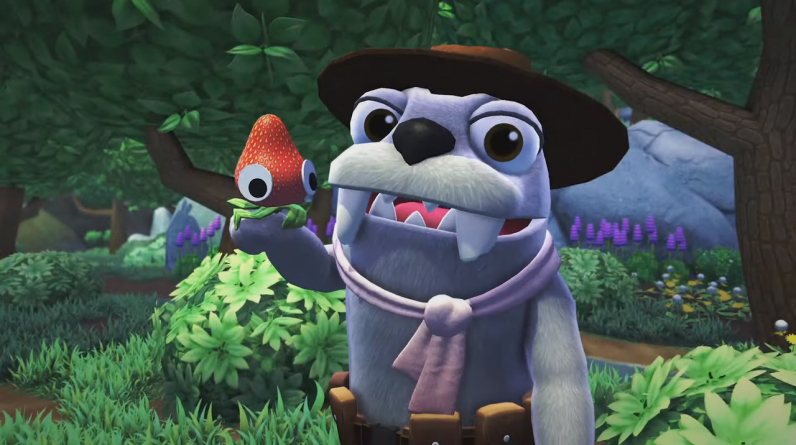 After becoming a surprise hit during Sony’s PS5 reveal event, the Bugsnax theme song — “ooOoo! Talkin’ ’bout Bugsnax” — will be released on vinyl later this year.Performed by the British indie pop group Kero Kero Bonito, “It’s Bugsnax!” comes on a custom seven-inch vinyl record in a strawberry-scented scratch-n-sniff jacket. Preorders cost $12 USD on iam8bit, with shipments going out in Q4 2020.The earworm of a theme song debuted alongside Bugsnax during the PS5 event in June. Developed by Young Horses (Octodad), Bugsnax takes players to Snaktooth Island, home to bug-snack hybrid creatures, like the googly-eyed strawberry seen on the album art above.

The game itself is a first-person adventure in which you study the behaviors of various Bugsnax, according to Young Horses president Philip Tibitoski. The developer has yet to show off gameplay, though Kevin Geisler, a programmer on Bugsnax, lists Ape Escape, Viva Piñata, Pokemon Snap, and Dark Cloud among its inspirations.

Bugsnax will be released on PS5, PS4, and PC this holiday. Head to IGN’s PS5 wiki for the full list of confirmed games coming to Sony’s next-gen system.

Jordan is a freelance writer for IGN.