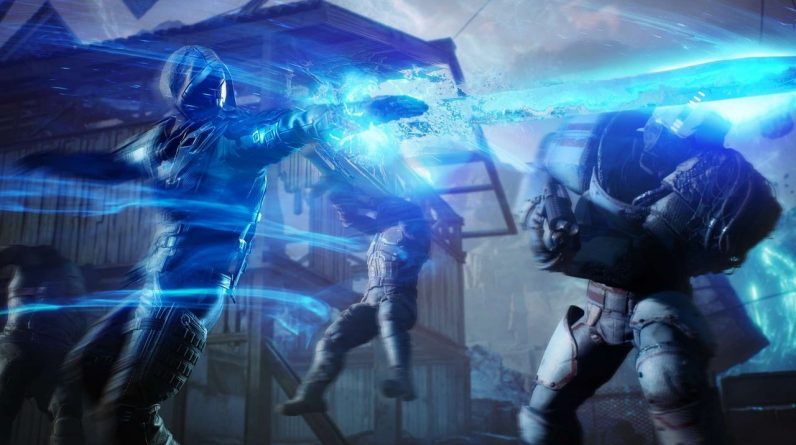 Outriders features a character customisation system so flexible that you can create a build that rarely needs to fire a gun.Talking to IGN, Outriders’ creative director, Bartosz Kmita, said “There are builds where you can even resign from shooting at all.”The possibility comes from one of Outriders’ core combat philosophies. “We didn’t want to create powers as an addition to the shooting mechanics,” says Kmita, referring to the game’s large selection of supernatural abilities. “We wanted it to be a 50/50 approach where the powers are as important as guns.”

But that balance between the elements can be shifted as you progress and develop your character. “Through your different choices, depending on the loot you will find and on the character progression tree, you will decide if you want to shift more onto the skill side and make it even more of an RPG game with the skills, or maybe more of a shooting style, or stay 50/50,” explains Kmita.

When I ask Kmita if it’s possible to make the game 90/10 focused on the supernatural powers, he replied “It’s even more, because it depends on the items you will find. You will have the possibility to use your skills many times without cooldowns. There are builds where you can even resign from shooting at all.”

Lead game designer Piotr Nowakowski points out that the World Tier – which dictates the difficulty of the game – may impact how successful your builds are. “There are ways to create builds that are really skills focused, with super short cooldowns that are resetting them all the time, but it’s just a question of will that build work on higher tiers?” he muses. “I can imagine on lower tiers I will probably be able to pass the game almost without shooting, but that’s at very low tiers where enemies are not so challenging.”

The World Tier system goes up to tier 15, with World Tier 3 being considered equivalent to ‘normal’ difficulty. The suggestion from Nowakowski, then, is that fully skills-based characters could be viable on the easy and standard difficulties.

As for anyone who’d rather go all-guns, Nowakowski notes that there are supportive powers that you should consider in your build. “There are skills that are not based on power, but are more about supporting your playstyle with the weapons,” he notes. “Blocking someone, CCing him, and then having nice and easy headshots.”

For more from Outriders, check out our hands-on preview, a full 17 minutes of gameplay, and a look at the classes and powers in the game.