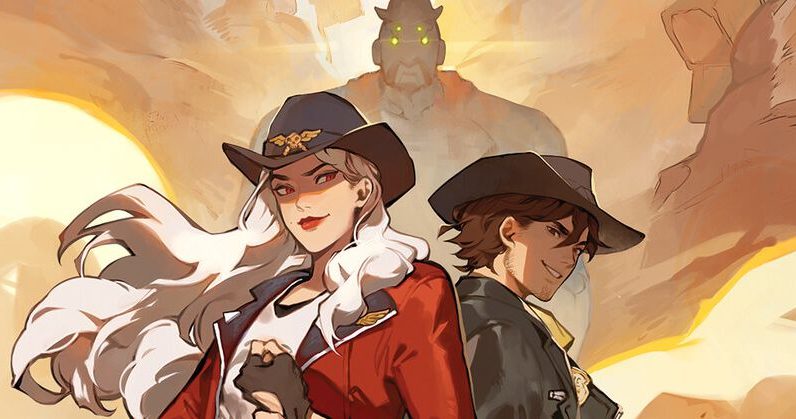 Well, well, well … you want to learn a little more about Overwatch gunslinger Jesse McCree, do ya? Over the years since Blizzard Entertainment’s hero shooter was released, Blizzard’s dropped us tidbits of lore — peeks at his outlaw life as part of the Deadlock Gang and Blackwatch, hints of the cynical-yet-justice-minded character. We know him best from the quips and quarrels in his voice lines (e.g., “It’s high noon somewhere in the world.” “You seem familiar. Ain’t I killed you before?”).

It’s not a ton to work with, but it’s something. Sure, the Overwatch animated shorts are good, too, but real lore nerds where are the best, niche information is: in the books. Overwatch’s latest novel is a young adult original called Deadlock Rebels, written by author Lyndsay Ely. And here’s the best part: It’s about McCree and Ashe’s brooding teen years.

Deadlock Rebels was released Tuesday, a follow-up to Overwatch’s first YA novel, The Hero of Numbani. We’ve known about the book since last year, but its release brought something new: The cover illustration, showcasing Overwatch heroes McCree and Ashe as teens.

Look at those little troublemakers — Ashe, with her hair creating clouds like the prairie sky at dawn. And McCree, “the local ruffian,” with his barely there facial scruff. And then there’s Ashe’s omnic butler, B.O.B., sporting a rugged chinstrap beard. Big “don’t talk to my teenage daughter” energy, over there. It’s very good.

Here’s a snippet from the description:

When Ashe is arrested yet again on the morning of her high school graduation, her aloof, old-money parents decide to disinherit her from the family fortune. To steal back what’s rightfully hers, Ashe teams up with her omnic butler, B.O.B., and local ruffian Jesse McCree for a series of heists, catapulting the trio into a game of fast money and dangerous alliances. Along the way, Ashe discovers that family isn’t just about blood. It’s about the people who’ve got your back when your back’s against the wall.

Technically, we’ve already seen McCree as a youngster, with the Deadlock Gang Overwatch skin and in an old photograph spotted in Ana’s origins video. Overwatch’s age timeline can be a little confusing, but these would be from McCree’s teenage years.