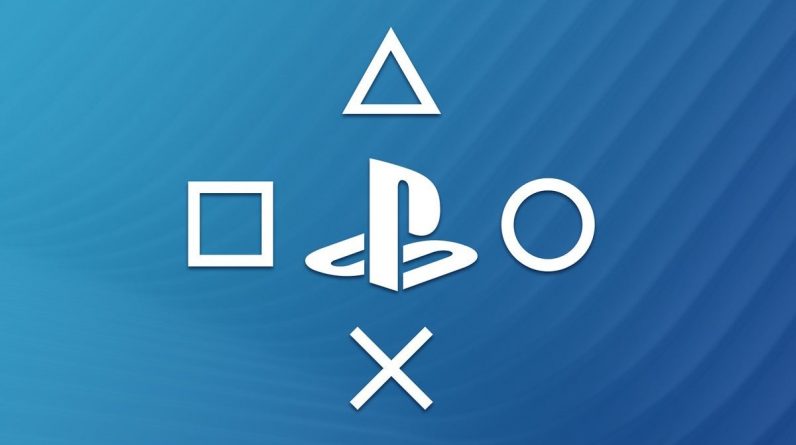 With the ending of every game console generation comes the implicit question: when will we finally see the next generation of consoles? We compiled all the official information and rumors we know about the PS5, including what we know about when it will come out, how much it will cost, confirmed games, and more.

When Will the PS5 Come Out?

On October 9th, the PlayStation blog revealed the PS5 release window is Q4 2020 (October through December). This led many fans to believe that Sony might reveal the official release date at E3 2020. However, early this year Sony announced it would not be attending E3 2020, making it the second year in a row that it would be skipping one of the biggest events in gaming.

Since then, the ESA confirmed E3 2020 was officially canceled due to coronavirus concerns. In March 2020, Sony confirmed COVID-19 will have no impact on the PS5 release date.

How Much Will the PS5 Cost?

As of right now, there’s been no official word on how much the PS5 will cost. Lead System Architect Mark Cerny told Wired “we will be able to release [the system] at an SRP that will be appealing to gamers in light of its advanced feature set.”

That doesn’t necessarily give us a firm price point but could suggest, depending on the price and availability of the tech used to power the PS5, we could see a more expensive console than this generation, but perhaps not hugely outside the norm.At a Sony Q3 Earnings call in February 2020, CFO Hiroki Totoki ensured investors a “smooth transition,” as Sony heads into the next console generation. When questioned, he shared that a lot of it would have to do with the PS5 price, which would be a “question of balance.”

“What is not very clear or visible, it’s because we are competing in the space. So it’s very difficult to discuss anything about the price at this point of time. And depending upon the price level, we may have to determine the promotion that we are going to deploy and how much cost we are prepared to pay.”

Amazon UK added listings related to the PS5 and some games in June 2020. The listings for the console, first noted by Twitter user Wario64, were marked for £599.99 or about $746 USD. When IGN reached out to Amazon, a spokesperson told us the PS5 listings were an error.

What Are the PS5’s Specs?

Mark Cerny actually divulged quite a bit about what will be under the hood of the PlayStation 5. With an AMD chip at its core, the CPU is created from AMD’s third-generation Ryzen line with eight cores of 7nm Zen 2 microarchitecture. The chip also “includes a custom unit for 3D audio,” which should work through TV speaks and surround sound, with headphone audio being the best option.

The PS5’s GPU is “a custom variant of Radeon’s Navi family” that will allow for hardware-accelerated ray tracing (IGN wrote about what ray tracing is and why you should care). Compared to the Xbox Series X’s 12 teraflop GPU, the PS5 GPU features 10.3 teraflops of power. However, Mark Cerny noted it was dangerous to rely on teraflops as the only indicator of performance and explained the PS5’s GPU is optimized in other ways that fall outside of its teraflop count.Sony also confirmed the full PS5 specs, which can be seen below:

The PS5 won’t abandon physical media. In fact, the optical drive will use 100GB discs and play 4K Blu-ray media discs. The PS5 Digital Edition was announced and is expected to release alongside the “regular” console.

The biggest inclusion in the PS5 is a specialized solid-state drive, one that Cerny says “has a raw bandwidth higher than any SSD available for PCs.” Cerny demonstrated these capabilities by playing Marvel’s Spider-Man on a PS4 Pro, which had a 15 second load time for fast travel. He then demonstrated that same load on a devkit, which reportedly was a “low-speed” version, and it only took 0.8 seconds.

Cerny highlighted that the load time speeds are not the only benefit of the SSD. It can reportedly render worlds at a quicker pace and allow for quicker movement in-game. It also allows developers to stop using tricks designed for mechanical hard-drives — such as having multiple versions of the same data — which in turn will save on install sizes.

Epic Games gave us a preview of a demo running on the PS5 development kit during the Unreal Engine 5 reveal. The demo called “Lumen in the Land of Nanite” was played in real-time and showcased two new development tools: a dynamic global illumination tool called Lumen and a virtualized geometry tool called Nanite. The demo highlighted photo-realistic graphics and the ability to introduce film-grade visuals to games with ease, helping to lower the barrier of entry for indie developers.

The PS5 will also have “configurable installation” according to Cerny, allowing games to be installed in segments. For example, players can install/remove the campaign and/or multiplayer portions of games to save on space.

It will also support 8K gaming and following this reveal, IGN broke down why a lot of pieces need to fall into place for true 8K gaming on the PS5.

The PS5 will have energy-saving capability which allows it to use less power when games are suspended. IGN also had one of our tech experts break down what those PS5 specs actually mean for the next generation of gaming.

During Sony’s GDC-like conference PS5 architect Mark Cerny offered some details on Sony’s approach to audio with its next-gen console. Sony will be aiming for “Great Audio for All” with the PS5, with a specific focus on hundreds of advanced sound sources, and presence and locality.

The PS5’s 3D audio support will help bring a more immersive experience to gaming by providing games with sound that comes from all around the player’s location, much like how we hear it in real life.

Sony announced it would be releasing an entire line of PS5 accessories, one of which is the Pulse 3D wireless headset. The headset will feature 3D audio and noise-canceling microphones.

What Are the Confirmed PS5 Games?

Additionally, an update to the PlayStation blog confirmed Sony intends to support the majority of the 4,000+ PS4 titles with PS5 backward compatibility. This comes after Mark Cerny’s initial statement confirming almost all of the top 100 PS4 games would be supported at launch.

Industry analyst David Ahmad took to ResetEra in January 2020 to explain most of Sony’s first-party studios are focused on developing for the PS5.

PS5 Launch Games We Could (and Hope) to See

While we don’t know every game coming to the PlayStation 5, we do have a list of rumored PS5 games for you to check out while we wait for more confirmed titles.

The PS5 console design was officially revealed during the PS5 reveal event in June 2020. Unlike previous PlayStation launch consoles, the PS5 console is predominantly white with black accents and features a far less linear shape. It also features a blue light that emits from one end and can be displayed upright or horizontally.

What is most visually striking is the size of the console. When compared to the Xbox Series X, current and previous console generations, the PS5 appears to be the biggest yet.

Alongside the console, a line of products for the PS5 was shown, including matching a Pulse “3D” wireless headset, DualSense charging station, media remote, and an HD camera.

PlayStation’s hardware engineers also made some adjustments to the angle of the hand triggers and updates to the grip. There was also “thoughtful consideration” given to the battery life of the DualSense while maintaining a good weight for the controller.

In February 2020, Sony filed a patent application for a controller accessory that would monitor biofeedback such as heart rate and sweat for VR games. It’s speculated this controller attachment could function with a PS5 controller.

Does the PS5 Support PSVR?

Good news first: Your existing PlayStation VR hardware will be compatible with the PS5. Just like all your standard PS4 games that will be backward compatible, your PSVR games library should work on the next generation as well. (And that’s exciting, particularly considering all the big, upcoming PSVR games we’re excited to play.)

As for whether a proper PSVR 2.0 headset will launch with the new system or at any point in its release, Cerny and the rest of PlayStation remain mum on the possibility.

Unfortunately, there is no PS5 preorder information available. When PS5 preorders go live, our IGN Deals team will be sure to let you know where it’s available and how you can get the best deal possible.

For more on our PS5 coverage, stay tuned to IGN’s weekly PlayStation show, Podcast Beyond! and IGN’s new show, Next-Gen Console Watch 2020, for our extended thoughts on the PS5 information.

Jonathon Dornbush is IGN’s News Editor, PlayStation lead, and Beyond! host. Talk to him about what you hope to see in the PS5 on Twitter @jmdornbush.